The Museum of Welsh Life 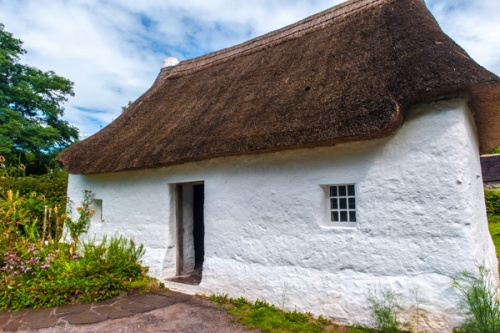 St Fagans National Museum of History (aka the Museum of Welsh Life) is one of the largest open-air museums in Europe and the most popular heritage attraction in Wales. The museum occupies the grounds of historic St Fagans Castle, a Tudor manor house given to the nation by the Earl of Plymouth in 1948 along with 18 acres of beautiful gardens and grounds.

Scattered around the castle grounds are over 50 historic buildings, brought here from their original sites across Wales and reassembled. The wealth of historical buildings gathered together on one site is remarkable; here you can see a medieval prince's hall, a traditional clog-maker's workshop, a Victorian school, a woollen mill, a medieval church, farmhouses, a corn mill, a war memorial, a Workmen's Institute, and an 18th-century chapel, to name just a few highlights. 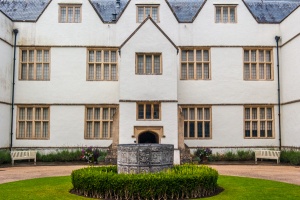 'Castle' might give the wrong impression of this delightful 16th-century house. St Fagans Castle is a Grade I listed Elizabethan manor house, probably begun by a wealthy lawyer named Dr John Gibbon around 1580.

Dr Gibbon probably never lived in the house and the building as we see it today is the work of Edward Lewis of Y Fan, Caerphilly, and his wife Blanche, whose monogram EBL appear on interior fittings. The castle later passed to the Earls of Plymouth by marriage and they rented it out to tenants. It served for a time as a school before it was refurbished by Lord Robert Windsor as a family home once more in the 1880s.

This picturesque timber-framed farmhouse dates to 1678 and comes from Llangadfan, Powys (Montgomeryshire). It is typical of farmhouses throughout mid-Wales and the Marches, with a thatched roof, a floor of hard-packed earth, and walls made of hazel rods woven together and daubed with clay. 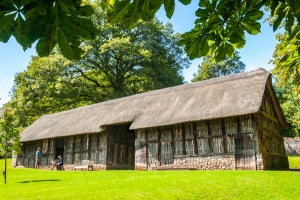 Unlike most other buildings at St Fagans, these two linked Iron age huts are not original, but are recreations based on the archaeological investigation of an Iron Age site at Bryn Eryr, in the southeastern corner of Anglesey. The oldest and largest hut dates to the late Iron Age, while the second was erected after the Roman invasion of Britain in the 1st century AD. It was linked to the earlier hut to form a 'conjoined roundhouse'.

This traditional farmhouse was begun in 1470 as an open hall house in Dyffryn Claerwen, Powys (Radnorshire). The 15th-century timber walls were rebuilt in stone in 1734. The farmhouse is in a 'longhouse' style with accommodation for humans at one end and animals at the other. It is furnished with 18th-century furniture.

A typical small-scale woollen mull built about 1760 in Llanwrtyd, Powys (Breconshire). Every part of the wool production process took place under one roof in hundreds of mills like this across Wales. One interior highlight is a spinning jack, probably the only working model in existence, made in 1830. The mill is still in use, producing traditional shawls and carthenni (blankets). Water to drive the mill's waterwheel comes from a swimming pool built in 1904 for the Earl of Plymouth and his children.

Built of slate and boulders in 1544, this traditional Caernarfonshire cottage comes from Waunfawr, near the Menai Straits. It boasts two tall chimneys, which would have been status symbols in the Tudor period. Highlights include a huge open hearth in the hall. 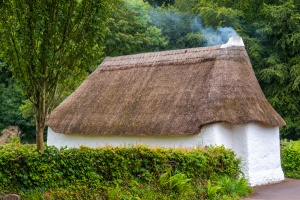 Compare the Garreg Fawr Farmhouse from North Wales with this picturesque late-medieval thatched hall house from Llangynhafal in Denbighshire. This traditional five-bay house has room for animals at one end and people at the other. There is an open hearth in the centre of the hall, and smoke was expected to escape through the roof.

Another contrast, this time from Snowdonia. Built around 1762, this whitewashed stone cottage was built for a quarryman and his family. Look for the traditional oak food cupboard, which is an original furnishing for this cottage.

This small rural school was built in 1880 in Maestir, Lampeter, Ceredigion (Cardiganshire). It is an extremely basic structure with a single schoolroom, an entrance lobby and a side porch. Children aged five to fourteen were taught here in one group.

One of the larger and more ornate buildings at St Fagans is this stone building erected in Oakdale, Gwent (Monmouthshire) in 1916. It was intended to serve as a social, educational, and community centre for the mining community at Oakdale. There is a reading room, library, and committee room, plus a concert hall built to hold 200 people. 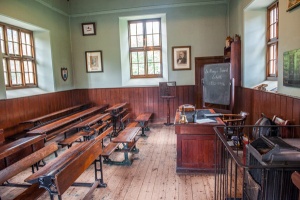 One of the most striking historic buildings at St Fagans is this circular thatched building erected in the late 17th century at the Hawk & Buckle Inn in Denbigh, Denbighshire. It was built to host cockfighting bouts. Cockfighting was extremely popular until it was banned in 1849 and many inns had custom-built cockfighting pits to attract visitors.

This one-room building and its adjoining gates were built in 1771 to control traffic on the turnpike road in Penparcau, Aberystwyth, Ceredigion (Cardiganshire). It stood on the outskirts of Aberystwyth. Tollhouses like this were extremely unpopular with local residents, who resented being charged to pay for travelling on local roads.

This 16th-century two-storey building comes from Haverfordwest in Pembrokeshire. It stood near the town quay and would have been home to a merchant who use its vaulted ground floor undercroft to store and sell his goods, while he and his family occupied the first floor.

These are just some of the highlights and can only give a flavour of the breadth of historical buildings at St Fagans. Come prepared to spend a long time exploring this wonderful open-air museum.

St Fagans National Museum of History is four miles west of Cardiff, off the A4232. Just follow the obvious brown tourist signs. There is a very large parking area. 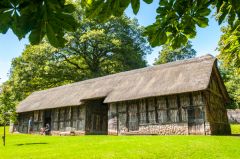 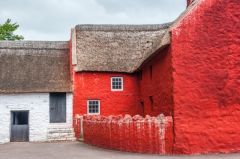 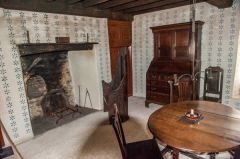 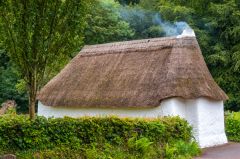 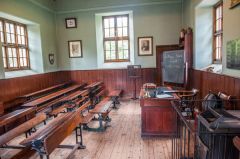 More self catering near Museum of Welsh Life

More bed and breakfasts near Museum of Welsh Life

Accommodation
Self Catering in Glamorgan


More self catering in Glamorgan