HERITAGE HIGHLIGHTS:   One of the world's great art collections 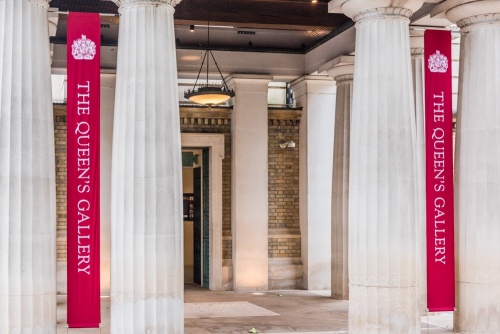 The Queen's Gallery is tucked into the south side of Buckingham Palace. The Gallery features fine and decorative art objects from the Royal Collection, which includes works by some of the most famous painters, sculptors and artists in world history. The Royal Collection holds over 1 million objects, of which only a small percentage are on display at any one time.

When the Regency architect John Nash converted Buckingham House in London into a royal residence for the future George IV he designed three identical conservatories in the form of neoclassical temples, using the popular Ionic style. one of those three conservatories stood at the south-west corner of the new Buckingham Palace.

The conservatory was finished in 1831 but just a dozen years later in 1843 Queen Victoria had it converted into a private chapel. The chapel was badly damaged in a bombing raid in 1940. In 1962 it reopened as a gallery for art from the Royal Collection. The conversion into a gallery was personally directed by Prince Philip. 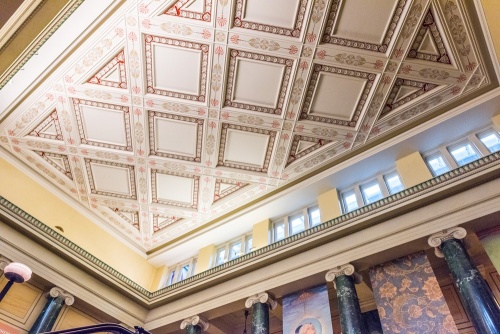 The Galley was extended and modernised in 1997, with the process completed in 2002 as part of the Queen's Golden Jubilee celebrations. The new entrance portico on Buckingham Gate echoed Nash's design for the Quadrangle of Buckingham Palace.

The entrance hall was decorated with a pair of friezes symbolising Elizabeth II's reign and a quartet of relief panels depicting the patron saints of the United Kingdom (St George, St Andrew, St David, and St Patrick). The extension resulted in a main gallery space with three rooms.

Who owns the Royal Collection?

This might seem like a question with an obvious answer, but it isn't that clear cut. The reigning monarch does not actually own the Royal Collection, but rather, the monarch as Sovereign holds it in trust for successors and for the nation. It is not owned by the monarch as an individual. 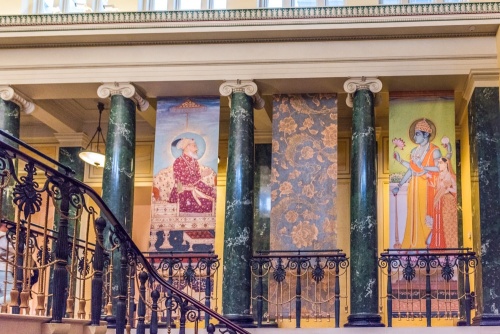 The Royal Collection is spread out across 15 royal residences (including some former residences) around the UK. Many of these residences offer the public a chance to view the art objects, including Windsor Castle, Buckingham Palace, the Palace of Holyroodhouse, Hampton Court Palace, the Tower of London, Osborne House and the Royal Pavilion in Brighton. Art from the Royal Collection is regularly loaned to museums and galleries around Britain and across the world.

The exhibits in the Queen's Gallery change regularly, so it is always a good idea to visit the official website see what exhibits are being planned. The Royal Collection is the last intact royal art collection in Europe. When Charles I was executed by Parliament in 1649 most of the monarch's art collection was sold. As a result, almost all the art objects we see today were collected by kings and queens since the Restoration of the Monarchy in 1660.

Because the exhibits change regularly we can't really highlight specific individual works of art, as they might not be on display when you visit!

For example, on our last visit there was an outstanding exhibit on the art of the Moghul Empire, with objects related to the British in India, including gifts from Indian rulers. There were weapons, armour, bejewelled helmets, miniatures, a ceremonial salver, and Queen Victoria's 'Hindustani Diaries' detailing her lessons in learning Hindustani in 1887. There was also a phrase book of Hindustani words that the queen studied in 1890.

Regardless of the exact items on display at any one time, the setting is superb; the restored Gallery setting is outstanding, with a soaring entrance hall and beautifully furnished display areas for special exhibits. 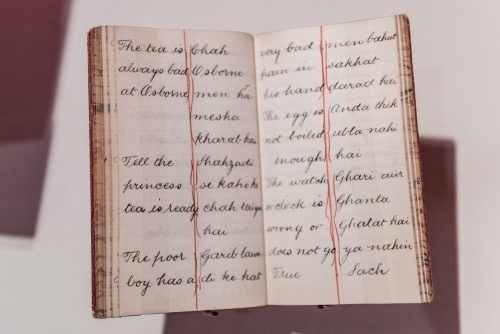 The Royal Collection is notable for its large number of Old Master drawings and prints, including works by Leonardo da Vinci, Michelangelo, and Raphael. as well as portrait drawings by Hans Holbein the Younger. There are over 650 works by Leonardo da Vinci, including watercolours, landscapes, natural history, and anatomy. There is a superb group of 18th-century Italian drawings of Venice, including works by Canaletto and Marco Ricci. French paintings include those by Poussin and Claude.

British works include drawings by William Hogarth and watercolours of - and by - members of Queen Victoria's royal family. The Print Collection is stunning, with large numbers of works by Durer, Canaletto, Della Bella, Silvestre, and Hogarth. There is also a large number of British architectural drawings of royal residences and maps of military operations made during George III's reign.

The Royal Collection boasts one of the world's great collections of western European art, with works dating to the 15th century and including paintings by artists such as Raphael, Titian, Canaletto, Vermeer, Rubens, Ramsay, Reynolds, Gainsborough, and Van Dyck to name just a few. The Collection is especially strong in European Old Masters, Victorian painting, and British portraits.

There are also 3,000 miniatures, the largest such collection in the world, with examples ranging from the 16th century to the Victorian period. The miniatures collection includes examples by some of the greatest artists in this field, such as Hans Holbein the Younger, Samuel Cooper, Jeremiah Meyer, Richard Cosway, and Sir William Ross. One famous miniature is of Mary, Queen of Scots, painted by Francois Clouet in 1558. 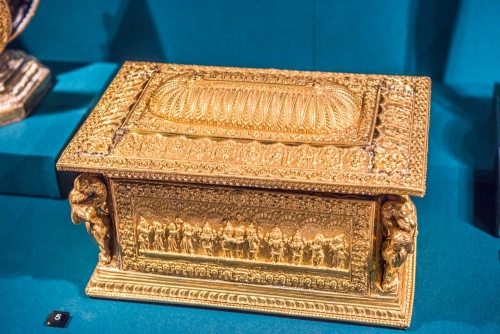 Address casket given to the Prince of Wales, 1875

There are over 450,000 photos in the Royal Collection. Of course, since photography was not invented until the reign of Queen Victoria the earliest photos date from just 1842. The photos include portraits of the royal family, politicians, and celebrities, as well as landscapes, architecture, press photos, both interior and exterior photos of royal residences, and photos taken by members of the royal family themselves.

Prince Albert was passionately interested in new technology and was an early supporter of photography. The earliest photos in the Royal Collection are of the Prince, taken by William Constable in 1842.

You can get a combined ticket to the Queen's Gallery and the Royal Mews, located just a few minutes away on Buckingham Palace Road. The Royal Mews is a historic stable that is home to a collection of state carriages.