The Towers of The Tower of London 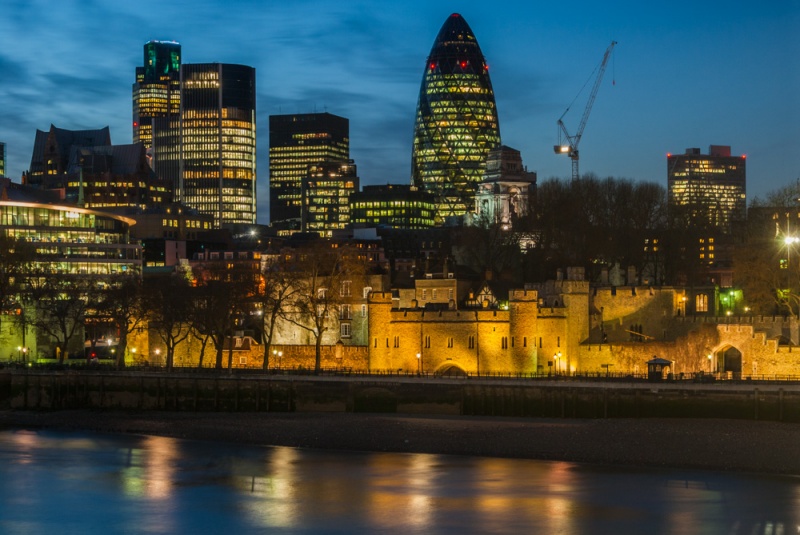 The Tower of London from Tower Bridge

The Tower of London is not one structure but a complex of buildings begun during the time of William the Conqueror. Originally built as a fortress to keep hostile Londoners at bay it was also used to keep watch for enemies approaching along the River Thames. It has been used as a palace, a library, a mint, a treasury, a bank, an arsenal and an observatory, but is most famous as a prison.

There are several towers within the Tower of London, the oldest and most conspicuous being the White Tower, so named during the 13th-century when Henry III had it whitewashed. This is the central keep built by William the Conqueror and completed by his sons William Rufus and Henry I.

The walls of the White Tower are 15 feet thick and it stands 90 feet high. One of the four corner turrets housed the first royal observatory. The White Tower currently contains the Chapel of St John, where the Royal Family and their court worshipped and where knights of the Order of Bath spent a vigil the night before a king or queen was crowned. The White Tower also contains an exhibition of arms, armour and torture instruments.

The Middle Tower was built in the 13th century and its arched entrance was defended by a portcullis. The Bloody Tower was originally known as the Garden Tower. The name Bloody Tower can be traced back to 1571. It was here that the 'Princes in the Tower', Edward V and his brother Richard, Duke of York, were supposedly murdered in 1483 on orders from their uncle Richard III.

Many years later, during the reign of Charles II, two sets of bones of young boys were found under a stairway. The bodies were presumed to be those of the Princes in the Tower and were re-buried in Westminster Abbey. Since then the tower was dubbed the 'Bloody Tower '.

In 1603 Sir Walter Raleigh became a prisoner here, and during his internment, he wrote his History of the World. He was released in 1616 and died in 1618 when James I had him beheaded.

The Wakefield Tower is where Henry VI was brutally murdered in 1471, during the time of the 'Wars of the Roses'. The pious king was stabbed to death while praying in a small chapel. The Wakefield Tower housed the Crown Jewels from 1879-1967.

Important prisoners were usually kept in Beauchamp Tower, where the interior walls are covered with graffiti carved by the prisoners. The most elaborate carving is a memorial to the five Dudley brothers, one of whom was Lord Guildford Dudley, husband of Lady Jane Grey. Both were executed in 1554.

The Tower Green is where two of Henry VIII's queens and several other people were beheaded. It was a rare honour to be beheaded inside the tower walls; most people were executed outside on Tower Hill, so the crowds who enjoyed such events could get a better view.

The Traitor's Gate was originally known as Water Gate but the name was changed when it began to be used as a landing place for boats bearing important political prisoners. For some unfortunate prisoners, their view of the water gate was their last glimpse of the outside world before execution. 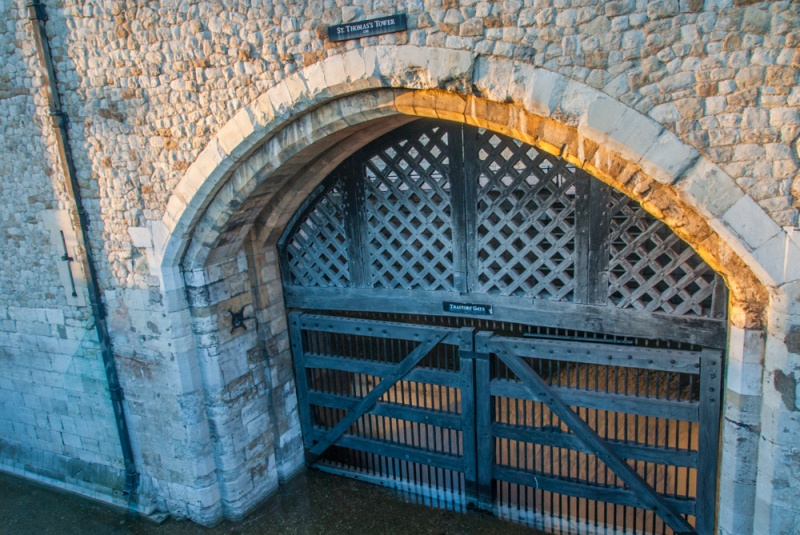 German spies were executed in the courtyards during the two World Wars, and in 1941 Hitler's deputy Rudolph Hess was imprisoned in the Tower.

The Jewel House is where you'll find the Crown Jewels, a collection of gold, silver, precious stones and other royal regalia. The Chapel Royal of St Peter ad Vincula is the oldest royal chapel in England. It is in this chapel that most of those who died on Tower Hill and six of the seven executed on Tower Green were laid to rest under flagstones without ceremony.

Between the Chapel and Tower Green is a small paved area where a scaffold was erected for beheadings. The six people beheaded on the site were three queens of England: Anne Boleyn, Catherine Howard, and Lady Jane Grey.

The Queens House built around 1530 by Henry VIII. It takes its name from the Victorian myth that it was built by Anne Boleyn, Henry's second wife and mother of Elizabeth I. In actual fact, Anne spent the last 18 days of her life in the Queen's Lodgings, an extension of the royal apartments which have since been torn down. On 19 May 1536 Queen Anne was taken from her lodgings and beheaded on Tower Green for alleged infidelity.

Queen's House is used now as the Council Chamber and it is here that Guy Fawkes was interrogated before being tortured on the rack in the White Tower and signing a confession incriminating his fellow conspirators in the 1605 Gunpowder Plot. Adjoining the Council Chamber is a room in which William Penn, founder of Pennsylvania, was once a prisoner.

The Martin Tower was built by Henry III and is famous as the scene of Colonel Thomas Blood's attempt to steal the crown jewels in 1671. Colonel Blood and his accomplices were interrupted in the act and taken prisoner.

The Salt Tower was built by Henry III around 1235. Later it was used as a prison for Jesuits. It also contains a number of carved inscriptions, the most notable one being a complicated diagram for casting horoscopes cut into the stone wall. In several places on the walls you can see a pierced heart, hand and foot, signifying the wounds of Christ with a cross and an H, a symbol used by Jesuits.

The Bell Tower was built in the 13th century. In the past when the bell at its top was rung in alarm, drawbridges were raised, the portcullises were dropped and gates were shut. The only time the bell is now rung is in the evening to warn visitors that it is time to leave. Prisoners were kept in the tower.

One of the most famous prisoners in the Bell Tower was Sir Thomas More, who was at one time a close friend of Henry VIII. More refused to acknowledge the validity of Henry's divorce from Catherine of Aragon or acknowledge Henry as supreme head of the Church. In consequence, he was imprisoned in 1534. He was executed in July 1535 and buried in St Peter's Chapel.

Princess Elizabeth (later Elizabeth I) was imprisoned here in 1554 by her half-sister Mary I on suspicion of being concerned in a plot against the throne.

About the author
Kathy McGillick is an attorney in the United States. She and her son have been travelling together since 1996. (London naturally is their favourite place)