Kensington Palace began as a simple 2 storey rectangular house built in 1605 for Sir George Coppin. At that time the Kensington location was an area of farmland, far from the bustle of London. However, over time, the city has spread to encompass the area.

In 1689 King William bought the house from the Earl of Nottingham to provide royal accommodation, far enough away from Whitehall to escape the pressures of court life, but not too far from London as to be inconvenient. Over the period 1689-1695 the house was extended to create a more opulent dwelling, suitable for royalty, yet still favouring comfort over prestige.

The architects responsible for transforming Kensington House into Kensington Palace were Sir Christopher Wren and Nicholas Hawksmoor. The King's Gallery on the south facade is Hawksmoor's work, and is probably the most attractive front of the otherwise rather subdued palace exterior. Wren moved the main entrance from the south side to the west, and laid out Clock Court behind a rusticated archway. On nearby Palace Green he built an army barrack, a reminder that the new monarchs' position on the throne was anything but assured.

The barracks are gone now, swallowed up by Edwardian apartment blocks, but the corner pavilions that Wren added to the house still stand.

The formal gardens beside the house were laid out for Queen Anne, and these were linked via informal parkland with Hyde Park to the east. The palace was continuously expanded and remodelled until 1727, especially by William Kent, called in around 1722 by George I to create a set of lavish interiors.

Kent designed three main chambers that are the most impressive state rooms today; the Privy Chamber, Cupola Room, and King's Drawing Room. Kent also redecorated the striking King's Staircase, with its extravagant gilded ceiling and trompe l'oeil Italianate walls. Perhaps the best ceiling is in the Presence Chamber, where the painted centrepiece is a classical masterpiece in Etruscan style.

The last monarch to reside at Kensington Palace was George II. When George's queen, Caroline, died in 1737 the monarch stopped all building work. In fact, he seems to have taken an aversion to the property, for Horace Walpole wrote at the time that he 'locked up half the palace since the queen's death'.

After George II, the palace ceased to be a royal palace used by the household of the reigning monarch, and instead became a residence for members of the extended royal family.

When John Nash was brought in to survey the building in 1816 he found it in a very poor state, with serious problems of seeping damp. Part of the palace grounds was sold in 1841 as a set of building plots and some of these plots eventually became Kensington Palace Gardens. 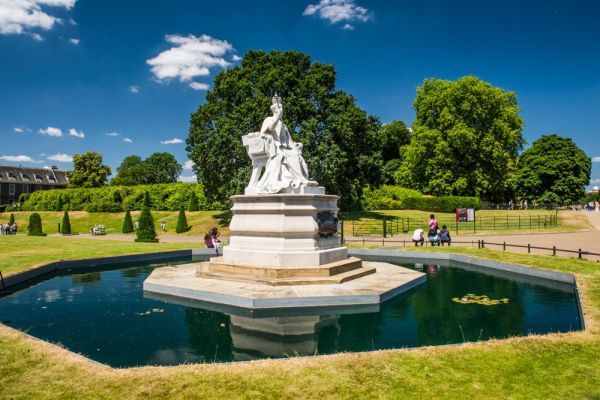 Queen Victoria was born in Kensington Palace and spent much of her childhood here. In later times Queen Mary, George V's consort, redecorated the Duchess of Kent's Dressing Room and Queen Victoria's Bedroom as they might have looked when Victoria was growing up at Kensington in the 1830s.

The palace was first opened to a curious public in 1899, a few years before Victoria's death. It later became the home of the London Museum before the museum moved to its current Barbican headquarters in the 1970s. In modern times, Kensington was the home of Diana, Princess of Wales for a period.

The interiors are grand without being overbearing, and several of the chambers have more of a 'homey' feel than you might expect in a royal residence. The State Apartments show art from the Royal Collection, and there is also a Court Dress Collection.

Editors note: I didn't really know what to expect visiting Kensington Palace for the first time, but I was very pleasantly surprised - in spite of the dismal weather when I visited. Despite necessary security precautions for dealing with the large number of visitors, staff were extremely friendly and helpful. The rooms on view ranged from very ornate to very informal, and the exhibits proved extremely interesting. I would definitely go back again. 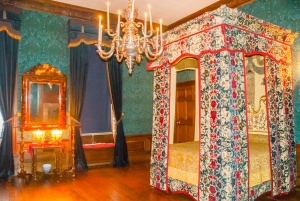 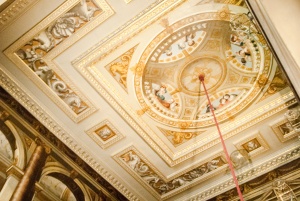 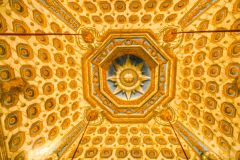 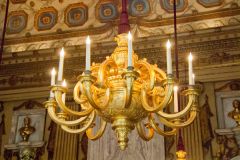 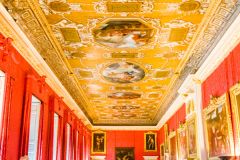 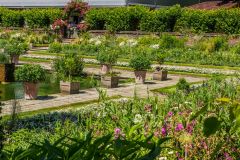 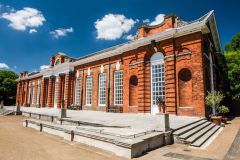 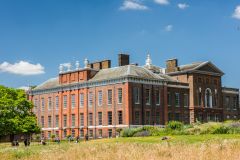 Note: You can get Free Entry to Kensington Palace with the London Pass

More self catering near Kensington Palace >>