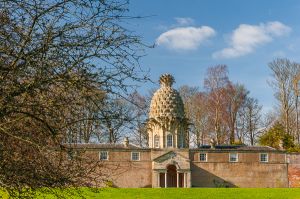 The famous Dunmore Pineapple is a summerhouse in the shape of a gigantic pineapple, 45 ft high, built in 1761 as a garden retreat for nearby Dunmore House. The Pineapple is surrounded by a walled garden, an orchard, pond, and woodland.

The peculiar structure was built as a summerhouse by the 4th Earl of Dunmore both as a folly, and as a viewing platform to enjoy the local scenery. The building - for though it looks like a gigantic sculpture it is really a very large, very odd building - rises above a high stone wall surrounding an extremely large walled garden.

The lower part of the building is a fairly ordinary neo-classical building, but as it rises, the structure transforms into pure fantasy. The lower - normal - part was begun in 1761, and the pineapple part on top built around 1777.

Why create a pineapple summerhouse?

Pineapples were brought back to Europe by Christopher Columbus in 1493. Due to their rarity and exotic appearance, they quickly became a symbol of wealth, good taste, and hospitality among the nobility. Pineapples were used as architectural symbols, often appearing on gateposts and weather vanes, as well as interior decoration, textiles, and furniture.

The Earl of Dunmore served abroad as Governor of the Virginia colony. A tradition among the Virginia sailors was to put a pineapple atop a gatepost to announce their return home from the sea. The Earl, who enjoyed a practical joke, took the tradition a step further, and rather than simply put a pineapple on a gatepost, he built an entire building in the shape of a pineapple, atop the wall enclosing one of two gardens at Dunmore House.

Stone bothies were built on either side of the Pineapple to serve as quarters for gardeners. There was no direct access between the bothies, so the gardeners had to go outside to pass from one bothy to the other.

A heated pineapple pit was originally built on the ground floor, with heat provided by glassed window frames and a hot-air heating system driven by a furnace. The heating system created the perfect climate to grow not only pineapples but other exotic fruit as well. Hot air from the furnace escaped through chimneys in the form of Grecian urns.

The first-floor chamber is curved internally so that it forms a circle, even though the exterior is octagonal. The pineapple stands 14 metres high and is a remarkable example of masonry. Each leaf has its own drainage to prevent frost damage to the stones, with each part of the fruity sculpture carved so that it sheds water.

We do not know who designed the Pineapple, though credit is often given to Sir William Chambers, who also designed elaborate buildings of a similar nature for Kew Gardens in London.

Modern visitors can still enjoy the walled garden, with water features and a small orchard with crab-apple trees and trails through the surrounding woodland. The Pineapple itself is let by the National Trust for Scotland as a holiday cottage. 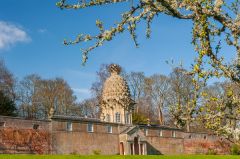 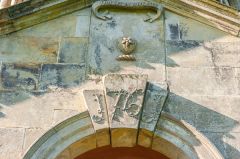 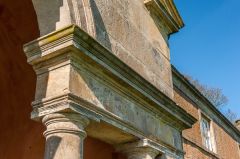 Nearest Accommodation to The Dunmore Pineapple:

More self catering near The Dunmore Pineapple >>

More Hotels near The Dunmore Pineapple >>

More bed and breakfasts near The Dunmore Pineapple >>