HERITAGE HIGHLIGHTS:   Site of arguably the most important battle in Scottish history 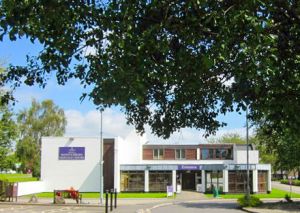 Battle of Bannockburn Heritage Centre
This modern heritage centre is situated at the site of the Battle of Bannockburn where, in 1314, Robert Bruce routed King Edward II's forces and won freedom for the Scots from English domination. The highlight is a multi-media presentation of the battle and exhibitions on the Kingdom of the Scots, Robert Bruce, and Scotland's struggle for independence.
Using 3D technology modern visitors can see how the battle unfolded, and how medieval battle tactics shaped the outcome. Visitors can watch a simulation of the battle's progress or 'virtually' lead a division of medieval soldiers.

It is an immersive experience, allowing visitors to stand shoulder to shoulder with 3D medieval bowmen and mounted knights, while the air fills with the sounds of combat. You can opt to watch an audio-visual show on the battle, or take part in an interactive Battle Game led by a Battlemaster.

Outside the heritage centre itself, you can explore what remains of the battlefield site, which still shows in places what it might have looked like over 700 years ago. The centrepiece of the Bannockburn landscape is the Bruce Monument, made of bronze, and set near a large circular enclosure known as The Rotunda.

Within the Rotunda is a memorial cairn to those who fell in the battle, and a short distance from the cairn is a flagpole erected in the 1870s and topped by a weathervane in the shape of a battleaxe.

Entry to the 3D Battle Game is by timed ticket and pre-booking is essential. If you want to skip the 3D experience then no pre-booking is needed; just show up and enjoy!

More self catering near Battle of Bannockburn Heritage Centre >>

More bed and breakfasts near Battle of Bannockburn Heritage Centre >>