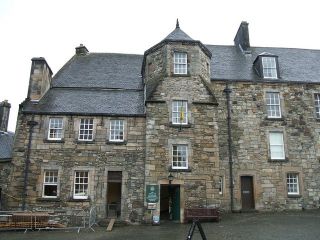 The Regiment is best remembered perhaps for its involvement in the Battle of Balaclava during the Crimean War when they inspired a war correspondent to describe them as a 'thin red streak tipped with a line of steel', which was later condensed in the public imagination into 'the thin red line'. The phrase is now commonly used to describe the Regiment.

When the Regiment was formed in 1881 its home was established at Stirling Castle. However, it was only in 1988 that the historical collections amassed by the Regiment over the centuries were gathered together to create the museum, which was opened in the King's Old Building within the castle walls. The exhibits are arranged to tell the story of the soldiers, officers, and their families through personal objects.

The museum is arranged on 2 floors, over 6 galleries. Each gallery is designed chronologically, so you can follow the history of the Regiment as it evolved, covering not only important events such as campaigns and battles, but personal stories that help bring the history of the Regiment to life, with a huge array of artefacts such as letters, musical instruments, and weapons. The stories are brought to life through dioramas and story boards.

More self catering near Argyll and Sutherland Highlanders Regimental Museum >>