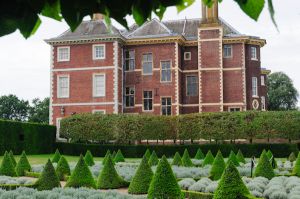 Ham House is a lovely red-brick Stuart mansion, on the River Thames. Built in 1610 and the home of the Earl of Dysart and his daughter, the Duchess of Lauderdale. The house retains many of its original furnishings, with a large collection of Dutch art. Beside the house are a 17th-century still house and an 18th-century dairy.

William Murray, later Earl of Dysart, had a mixed childhood; both fortunate and unfortunate at the same time. Fortunate in that he was educated with Prince Charles, son of James I of England. Unfortunate in that Murray was the young prince's whipping boy. It would have been unthinkable to actually beat the heir to the throne if he misbehaved, so the prince had a whipping boy; who would take physical punishment on his behalf. 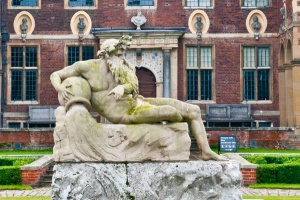 Whether Charles was simply grateful, or he was genuinely fond of Murray, the two stayed close friends as they grew to adulthood. The two men shared similar tastes in architecture, fashion, and art.

In 1628 Charles gave his childhood friend a lease on Ham House and the surrounding riverside estate in Richmond, on the outskirts of London.

The house at Ham was begun in 1610 by Sir Thomas Vavasour, so it was still new and fashionable when Murray acquired the lease. But it was not long before Murray decided to update the house; in 1637 he altered the interiors to create a lavish set of rooms, sumptuously furnished to reflect his important position at court.

Unfortunately for Murray, the Civil War broke out shortly after his new interiors were finished and he spent the remainder of his life fighting on the king's behalf and trying to raise money for the Royalist cause.

Murray's daughter, Elizabeth, saved Ham House by simultaneously establishing good relations with Oliver Cromwell and his Parliamentary supporters, and at the same time sending secret messages to the exiled Charles II. When the monarchy was restored in 1660 Elizabeth was made owner in her own right, and Ham House once more was at the centre of extravagant entertaining. 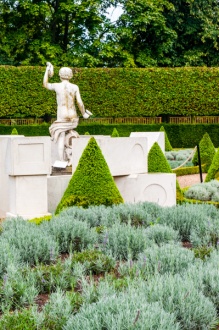 Formal gardens beside
the house

In 1672 Elizabeth married the wealthy John Maitland, Duke of Lauderdale, her second marriage. Together they made Ham House one of the most beautiful and luxuriously furnished Restoration houses in England. They collected exotic furniture and brought in craftsmen to transform the house into the showpiece home we see today.

What is truly remarkable is how little the house has changed since Elizabeth Murray's death. The house stayed in the Tolemache family, Elizabeth's descendants from her first marriage, for the next 3 centuries.

Throughout that time the interior was hardly changed at all, leaving us with an amazing glimpse of an elegant Jacobean house and grounds.

The first thing that strikes you is that the main entrance faces the River Thames. When Ham House was built, the river was the main method of transport to leafy Richmond.

Visitors calling at the house would have arrived by boat, and approached the house through a set of fine piers and entry gates. On a plinth in front of the main entrance is a neo-classical statue of a river god.

The interiors are full to bursting with historic textiles, paintings, and fine furniture. Most of the pieces on display are original to the house and have been here for as much as 400 years. 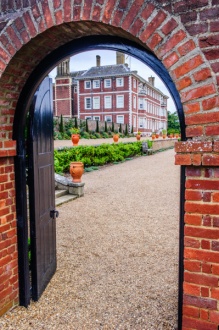 View from the
orangery garden

Among the elegant suite of rooms on show is the long gallery, ostensibly a place to exercise on inclement days, but equally, a place to display fine artwork, especially portraits that showed off the family's connections.

The imposing 1610 Great Hall still has its original marble floor; a chequerboard of black and white tiles. Over the fireplace is a wonderfully egotistical carving of the Duke and Duchess of Lauderdale depicted as Mars and Minerva. Throughout the staterooms are wonderful painted ceilings by Antonio Verrio, who went on to work for William III.

Contrast the staterooms with the Bath Room, one of the earliest purpose-built rooms for bathing in England, and a fascinating glimpse into the Stuart mindset.

One very striking collection on show is a display of 17th-century miniatures in an original 'picture closet' display case.

Ham House is said to be one of the most haunted houses in England. Among the spectral sightings here is the Duchess of Lauderdale herself, who is said to walk the corridors and bedrooms.

One story, first reported in 1879, says that Elizabeth murdered her first husband, Sir Lionel Tollemache, so that she could marry the Duke of Lauderdale. Room stewards have reported finding mysterious footprints, and visitors have reported a spectral cocker spaniel in the grounds.

Is there any truth to the tales? Well, all I can say is that I didn't personally experience anything untoward at Ham House, just a wonderful historic property and extremely attractive gardens. 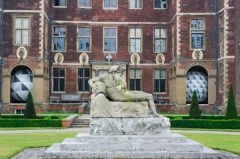 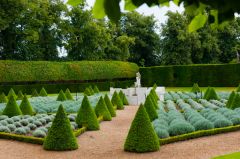 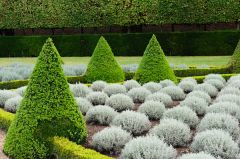 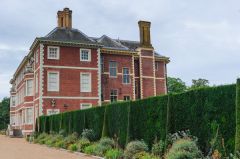 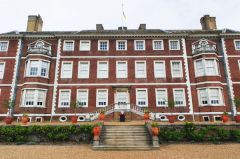 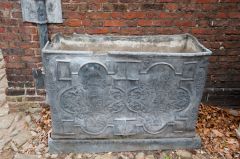 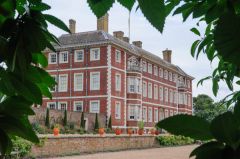 More self catering near Ham House >>