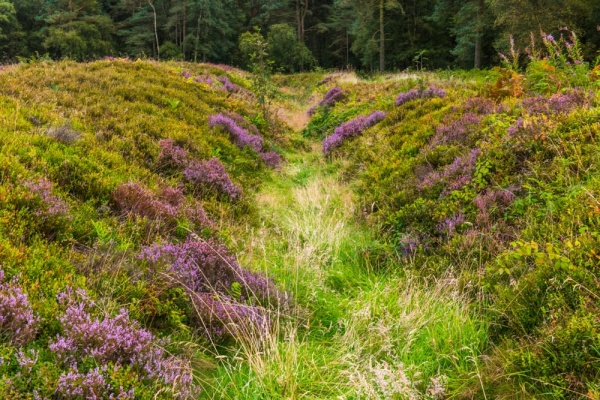 In wooded countryside on the edge of the North York Moors lies one of northern England's lesser-known Roman sites, a trio of Roman military enclosures known as Cawthorn Roman Camps. Despite the name, there is really one camp built beside a pair of military forts.

When the Romans invaded Britain in the early 1st century AD they slowly pushed their way north, capturing territory. To defend their new territory they built a series of fortifications, defended by earthwork banks and ditches. At Cawthorn there are two forts and a marching camp, erected on a ridge looking north over the central moorlands of what is now the North York Moors National Park. Beside the Camps, archaeologists have found a section of a medieval trackway.

It seems likely that the Camps at Cawthorn were built by the legions stationed at York. The two forts are located either side of an earlier marching camp. What makes the camp so unusual is that it was not built to the typically rigid square layout like most Roman camps, but rather as an elongated hexagon.

The westernmost fort is a typical square design, with rounded corners. It measures approximately 175m each direction and is defended by a double bank and external ditch. The banks are up to 20m across and 1.5m high. There are entrances on each side except the north, where the ridge escarpment was too close. The fort overlies a corner of the neighbouring polygonal camp, suggesting that the camp was built first, followed by the fort.

The unusual polygonal marching camp is almost certainly late 1st century AD. It is very well preserved and measures 290m north to south and 95m wide at its widest point. It is defended by an earthen bank up to 1.2m high above a ditch 0.8m deep. There are openings for three gates along the eastern side, each gate opening 8.5m wide. Archaeologists have discovered remains of turf-built structures within the camp.

A second fort with an attached annexe lies 75m east of the polygonal camp. It is built to the traditional Roman square plan and measures 150m square. It is defended by an impressive 14m wide bank and ditch. The top of the rampart is roughly 2.8m above the ditch bottom. The annexe is roughly the same size but the earthworks are not nearly so impressive. 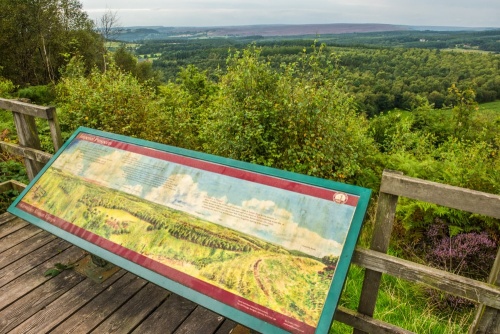 Panoramic views from the Camps over the moorland to the north

Archaeologists initially thought that the site had been occupied twice, each time for a brief period, before being abandoned. A later analysis reversed this theory and suggested that the site was continuously occupied from the late 1st century until the middle of the 2nd century.

It seems likely that the first camp was built prior to AD 90. After the departure of the Romans in the early 5th century, the Camps stood empty but they were later occupied from the 6th-10th centuries.

All of which leaves one question unanswered; why were the forts and camp built?

One theory is that they protected the Roman road known as Wade's Causeway, which may have been built to link Malton to the coast at Ravenscar. The only trouble with that theory is that Wade's Causeway does not, in fact, appear to be a Roman road at all, but may predate the arrival of the Romans in Britain. It is possible that the Cawthorn Camps were built purely for military training manoeuvres. 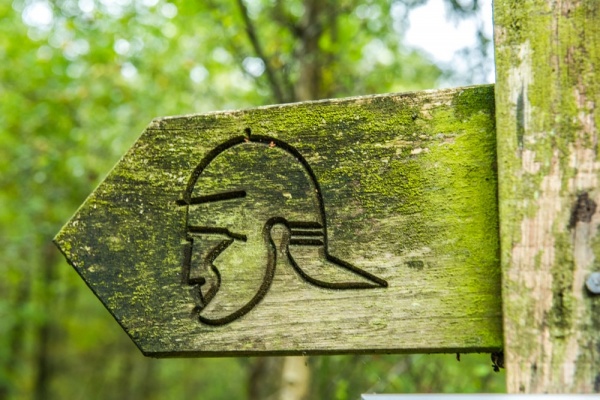 Following the circular walk around the Camps

It takes some determination to find the Cawthorn camps; there are no signposts until you get almost on top of the site. The easiest way to reach the Camps is to take the A170 east from Pickering. Turn right at Wrelton and take High Street to Cawthorne Lane.

Be aware that if you use the official postcode of YO18 8HN for your satnav you will end up turning into West Cawthorne, which you do not want. Go past the turning to the next junction, turn right, and follow the minor road which runs along the southern edge of East Moor woodland. You will come to a turning on your left with a Roman army helmet symbol, signposted to the Roman Camps. The track leads north into the woodland for a hundred yards to a parking area.

There is an information panel at the parking area and the beginning of a signposted trail. The trail makes a loop of about 1 mile in length as it circles past each of the three camps. There are numbered signposts along the way, each number corresponding to information in the official guide to the site.

You do not absolutely need the guide, which is available at the TIC in Pickering, but it definitely will help you to get the most out of a visit. We didn't have a guide when we visited and I'm sure we missed some of the finer points of the Camps.

It is a real shame there are no actual information panels to explain the camp layout and their history. There is an information panel on a viewpoint beside the second Camp, but that panel just explains what you can see from the viewpoint as you look north out over the moorland beyond.

The views are excellent and the woodland walk is a delight. In places you can clearly see the deep, wide ditches that helped defend each Camp, and you can descend into the ditch bottom and climb the inner bank to get a closer look. There is nothing to see within the Camps, however. At least when we visited in August we could enjoy the lush heather in bloom! Having said that, it is interesting to see the three Camps so close together, in a picture-perfect setting. 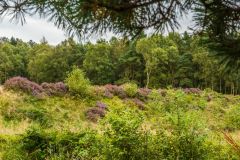 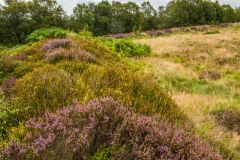 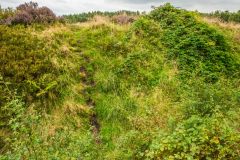 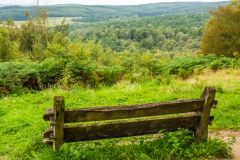 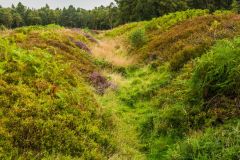 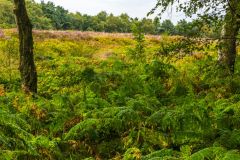 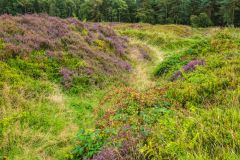 Self Catering near Pickering