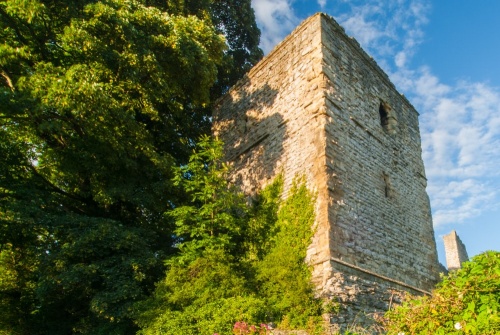 When William the Conqueror claimed the crown of England after defeating King Harold and his Saxons at the Battle of Hastings, the north of the country rose in revolt. William's response was swift and ferocious; his armies laid waste to the north of England, destroying crops, razing villages, and decimating the population. It was said that the pall of smoke rising from the north could be seen in London.

This was William's Harrying of the North, and it left the land devastated for generations and crushed any hint of rebellion from the local population.

But William wanted to make sure that the north stayed under control, and one of the ways he did that was to establish strongly fortified castles throughout the region.

Pickering Castle was one of these, a royal castle erected either during the Harrying of the North or shortly after, probably beginning in 1069. It was erected on a hilltop site overlooking Pickering Brook, on the main route between Helmsley and Scarborough on the coast. 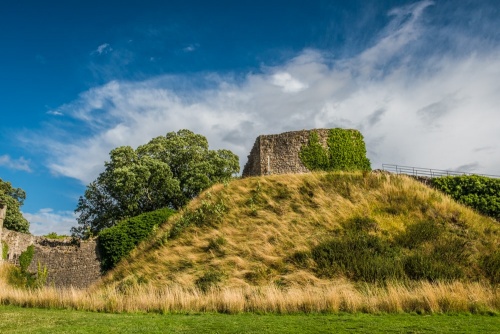 There are two unusual features to Pickering Castle. The first is simply that it has been so little altered since the original wooden castle was rebuilt in stone. The second unusual feature is the layout of the site.

Most early Norman castles followed a similar motte and bailey plan, with a timber palisade atop a high mound, or motte. The base of the motte was surrounded by a large earthwork enclosure, usually with a further timber palisade on top of the earthen banks. This enclosed area was called the bailey.

At Pickering the layout is different; there is not one bailey but two, and the motte with its stone keep stands between the two. The motte is striking, standing 20 metres high, with a base 60 metres in diameter. 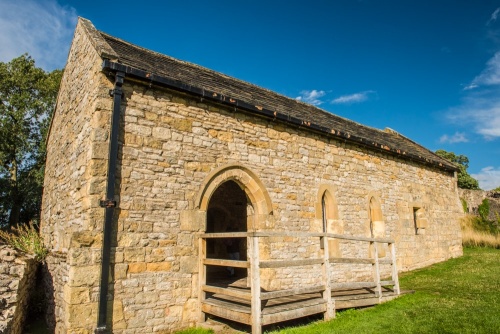 William the Conqueror's wooden castle on its earthen motte was rebuilt in stone, beginning around 1180, during the reign of Henry II. The inner bailey palisade was replaced with a stone curtain wall and access was via a stone tower called the Coleman Tower, which also served as a prison.

The gateway through the Coleman Tower to the inner ward was defended by a portcullis and drawbridge. The prison area on the ground floor had no windows or doors and must have been a dreadful place to be interred.

Under King John (1207-1210) the entrance to the inner bailey was strengthened and a stair added to the keep. The castle was damaged during the reign of Henry III when barons in the north of England rebelled against the young king.

Henry rebuilt and strengthened the defences further, rebuilding the earlier stone walls, strengthening the keep, and adding a chapel and hall (the Old Hall). The hall was probably a timber-framed structure, but if offered a central living and working area for the castle garrison.

One fascinating feature in the Old Hall is a 'judgement seat', an arched niche where the king or his steward would have had his chair when the hall served as a court. The decorative stonework on the niche would have served to emphasise the special status of the lord presiding over court proceedings. 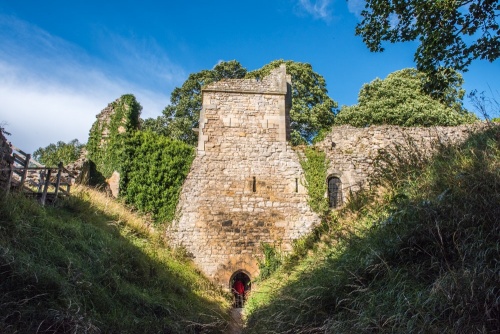 The outer castle defence still consisted of a simple timber palisade of stakes atop an earthen bank, with a deep ditch to make an attack more difficult. Because the royal records are so precise we know how the timber palisade was maintained; each tenant on the royal estate was responsible for a 'perch', about 5 metres of the wall, and had to gather their own timber from the forest outside the castle. In practice, of course, this might mean that one tenant's section of wall was in better condition than its neighbours!

In 1267 Pickering passed to Henry's youngest son, Edmund, and from him to his son Thomas, Earl of Lancaster. When Thomas married Alice de Lacy, a rich heiress, Pickering was updated with all the 'mod cons' considered necessary for an up to date castle.

Precise records still exist showing just how Thomas prepared Pickering to be a suitable residence for Countess Alice. In 1314 he spent 341 pounds, 15s, 8d to rebuild and update the castle, and the work required 400 cartloads of new stone.

These updates to Pickering included a New Hall built of stone and more private family living areas, as society shifted away from communal living and concepts of privacy took hold. The Old Hall then became a residence for servants and guests.

The New Hall had two storeys and a roof tiled in stone. The Countess had her own chamber at the northern end of the upper storey. The ground floor had linked rooms for the buttery, kitchen, and pantry. The hall also had a niched recess like the Old Hall's judgement seat, creating a special place for whoever was presiding over court proceedings.

The New Hall is linked to the chapel via a private passage behind the dais. The chapel ceased to have a religious function after Henry VIII's Dissolution of the Monasteries and was used as a courtroom when the New Hall fell into decay. 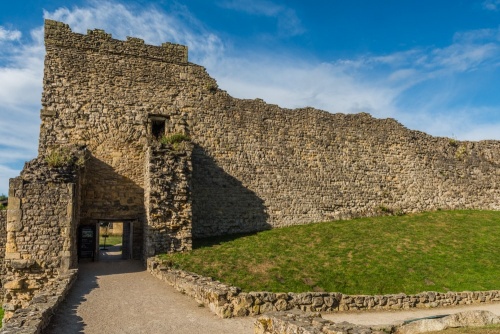 This final phase was undertaken by order of Edward II, who was concerned by the threat of a Scottish invasion. In 1323 Edward commanded that the timber palisade around the outer bailey be rebuilt in stone. The new stone wall featured four towers, a gatehouse tower, Diate Hill Tower, Rosamund's Tower, and Mill Tower, which later acted as a prison.

The most impressive of the towers is Rosamund's Tower. This stands three storeys high and projects outside the wall perimeter. A small postern (a kind of hidden back door) is set into the base of the tower. Naturally, a postern like this could be a weak point in the castle defences if it was breached by attackers, so the ground floor of Rosamund's Tower has no inner stair to access the upper storeys.

Edward was not completely concerned with defence at Pickering; he used the castle for raising horses, established a stud of more than 50 horses here. 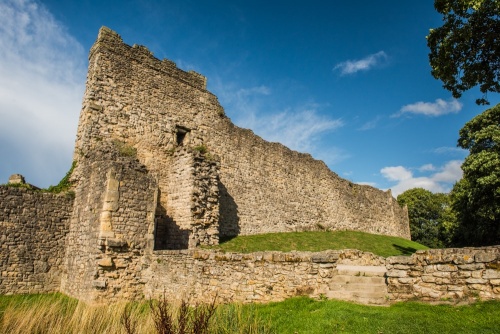 Ruins of the Curtain Wall

The demise of Pickering Castle

Throughout the late medieval period no construction was carried out - and not much in the way of maintenance. In fact, just the opposite occurred; one castle constable, Sir Richard Cholmley, robbed stone from Pickering to build himself a fine new house at Roxby.

The castle served no defensive purpose and was used as a prison and local courthouse. Since it was in no fit state as a defensive structure it played no part in the Civil War. The castle was sold into private hands under Cromwell's Commonwealth government but returned to the crown when Charles II was restored to the throne. It remained in crown hands until 1926 when it passed into government care. It is now looked after by English Heritage.

If the weather is not too wet (and you have decent footwear) I highly recommend following the footpaths that lead around the outer curtain wall. You can descend into the moat (actually a wide dry ditch) in places and really get a good idea of just how impressive the curtain wall and projecting towers are. I'd have hated to try to attack the castle!

The castle is open throughout the year, with more limited hours from November to Easter. I've visited on three occasions and really enjoyed myself. If you make a special trip please don't miss visiting Pickering's parish church, just down the hill; it features some of the finest medieval wall paintings in England. 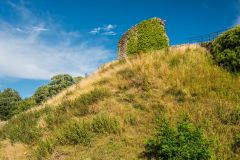 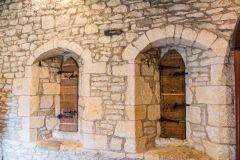 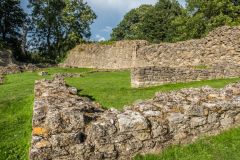 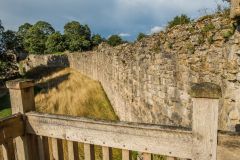 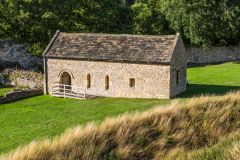 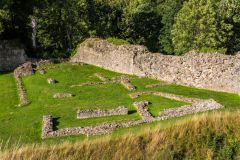 More self catering near Pickering Castle

Self Catering near Pickering