HERITAGE HIGHLIGHTS:   All Saints church has a history going back well over 1000 years 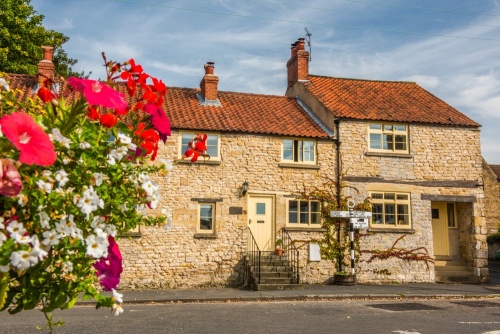 Kirkbymoorside is an attractive town on the southern fringe of the North York Moors National Park. The famed beauty spot of Hutton le Hole is only a couple of miles to the north. Six miles away is Helmsley, with its medieval castle and the stately home of Duncombe Park. George Villiers, Duke of Buckingham and favourite of Charles II, died here in 1687, probably in the cottage now known as Buckingham House.

The town was recorded in the Domesday Book of 1086 when it was called Chirchebi. The Norman lord Robert de Stuteville erected a moated castle on Vivers Hill. The town received a market charter in 1254 and became a prosperous trading centre.

The castle was allowed to decay after the Black Death, and after 1408 it was replaced by a fortified manor built by the powerful Neville family, who took over the manor. Stone from the manor house was later used to build the Toll Booth in the centre of town.

The Nevilles replaced the original residence with a late medieval hunting lodge known locally as Neville Castle. The Castle was seized by the Crown when Charles Neville, Earl of Westmoreland, rebelled against Elizabeth I in 1569.

Much of the castle is beneath the ground but several sections of masonry walls remain. The largest of the surviving wall sections can be found by the path that leads from the end of Castlegate, by the edge of Manor Vale. 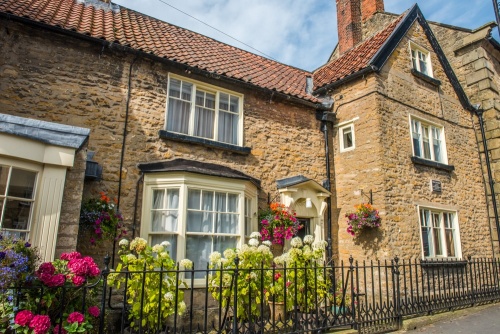 Buckingham House, where the
Duke of Buckingham died in 1687

The parish church of Kirkbymoorside dates to the 13th century but was heavily restored by Sir George Gilbert Scott from 1873. The history of All Saints goes back much further in time, however, for there was probably a place of Christian worship here as early as the 9th century, on the site of a pagan temple.

The early timber church was destroyed by Viking raiders in the 9th century. The Vikings left behind fragments of crosses, now on show in the Ryedale Folk Museum in Hutton-le-Hole.

Records show a church definitely existed by the 10th century. One of the oldest features is the 14th-century double sedilia in the chancel. A more modern feature is the chancel screen and cross, designed by Temple Moor as a memorial to the dead of World War One. There are 2 early Norman windows, easily discerned by their wide, splayed openings. Look for the memorial brass to Lady Brooke (d. 1600).

One unusual historic building is Windmill Tower, built in 1839 of red brick and intended to be an active windmill. An argument between the mill towner and a neighbour meant that the sails were never attached to the tower. It was used briefly as a corn mill, with the grinding wheels driven by an oil engine.

Kirkbymoorside is famed for its brass band, formed over 200 years ago and a regular performer at the nearby Ryedale Show. 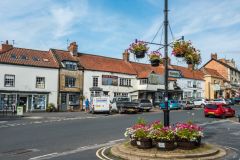 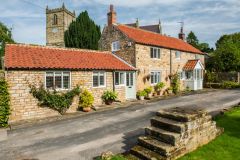 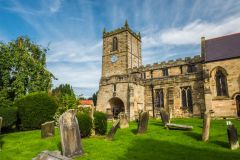 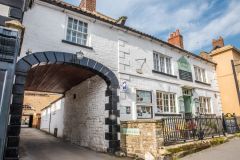 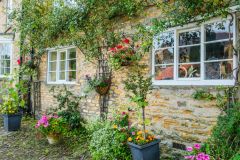 More self catering near Kirkbymoorside >>

More bed and breakfasts near Kirkbymoorside >>