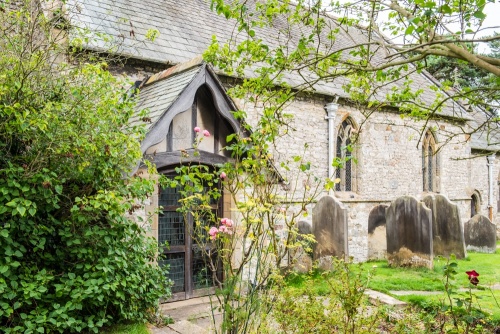 All Saints and St James, Nunnington

Nunnington is a quiet village in the Ryedale area of Yorkshire, best-known for the Tudor manor house of Nunnington Hall, now owned by the National Trust. A short walk from the Hall brings you to the medieval parish church of All Saints and St James. This unusual double dedication appears to be original.

The first written record of a rector comes from 1287 when John de Barton was presented to the living by Sir John de Stonegrave. We know that there were earlier incumbents, however, as there is a dispute about the right of presentation in the King's Court at Westminster well before Barton's appointment. 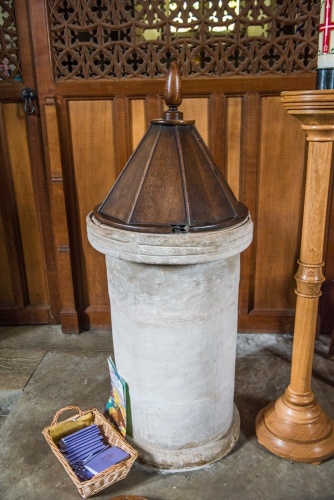 Nunnington is mentioned three times in the Domesday Book but there is no proof that a Pre-Conquest church existed - but it seems certain that there was a churchyard enclosure with a preaching cross in the late Saxon period. Two fragments of a 10th or 11th-century cross are built into the church wall.

The church was restored in 1672 by Ranald Graham, the lord of the manor. Graham and his wife Susannah built the west tower and the porch.

The font is a peculiar design, carved by a local mason during a church restoration in 1672. It replaced the original medieval font which is thought to have been destroyed during Cromwell's Commonwealth. The pulpit is also from the 17th century but the lectern and west screen are modern, carved by Robert 'Mouseman' Thompson of Kilburn.

The south door still has its medieval fleur-de-lys iron hinges. 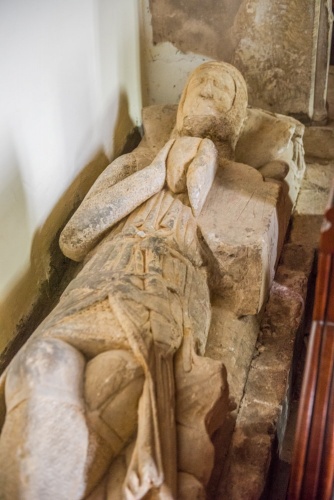 The most impressive historical monument is the medieval effigy of a knight under a recess in the south wall of the nave. The knight is thought to be Sir Walter de Teyes, the lord of the manor of Nunnington and Stonegrave from 1295-1325. Sir Walter inherited the manors by marrying Isobel, the daughter of Sir John Stonegrave.

He fought in the Scottish wars under Edward I and Edward II, and served as the Governor of the city of York. His effigy shows extremely fine carving detail and depicts him clad in chain mail. There is a lion at his feet and the remains of a lion at his pillow and another holding his shield.

De Teyes had the right of presentation but appears to have used it only twice. The first time was in 1313 when he installed another Walter de Teyes (perhaps a younger son). The younger de Teyes had leave to study at university for three years before taking office, using the money from the benefice to pay his college expenses. A substitute, or curate, would have been paid to perform young Walter's priestly duties. Unfortunately, he seems to have died within a few months and Sir Walter had to present a new priest to the living. 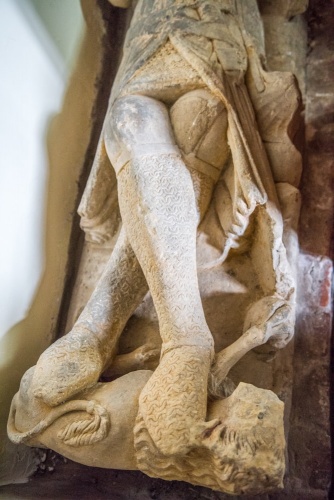 The Teyes effigy with crossed legs
resting on a lion

In the 17th century a popular folk tale arose that identified the knight as Peter Loschy, a legendary figure said to have slain a dragon in Loschy Wood and carried pieces of his body to Nunnington Church. Loschy did not realise that in killing the dragon his face had become coated in the dragon's noxious poison. The dog happily licked his master's face and promptly died, whereupon the fumes overcame the knight who fell dead beside his faithful companion.

To show their gratitude for being released from the curse of the dragon, the villagers of Nunnington buried Loschy next to his dog.

It makes a good story, but in fact, the figure beside the knight's effigy is not a dog but a lion. 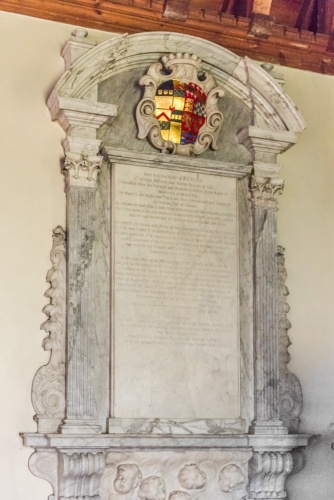 On the wall is an ornately carved memorial to Thomas Jackson, a horse jockey. The effusive epitaph extolls Jackson's virtues with these words:

To the memory of Thomas Jackson
who was so well known for his extraordinary
performances on the turf. His faithful
and meritorious services gained him this
monument, which affords a useful lesson to
the humbler part of mankind who may
learn from hence that men of industry
and honesty may rise to glory from the
lower stations and have their memories
recorded as well as the great and noble

The monument was designed by the famous architect James Gibbs, who is best known for building the London churches of St Martin-in-the-Field and St Mary-in-the-Strand, as well as the steeple of St Clement Danes. 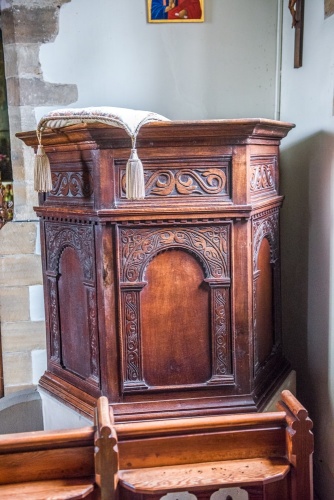 All Saints and St James' Church is on the minor road through the centre of Nunnington village, just west of Nunnington Hall on the south bank of the River Rye. The village is about 1 mile north of Stonegrave, off the B1257. The church was open when we visited and as far as we can ascertain is normally open to visitors. There is no dedicated parking but it is easy to park along the lane. 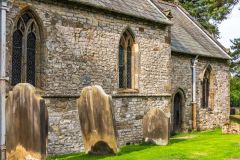 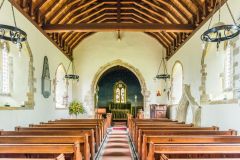 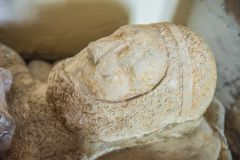 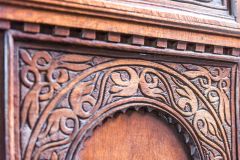 Nearest Accommodation to Nunnington, All Saints and St James Church:

More self catering near Nunnington, All Saints and St James Church

More Hotels near Nunnington, All Saints and St James Church

More bed and breakfasts near Nunnington, All Saints and St James Church