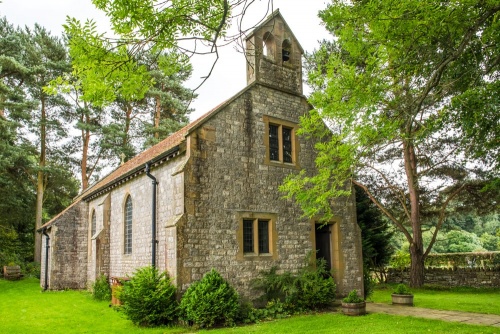 The Ryedale village of Hutton-le-Hole is a picturesque tourist destination, and with good reason, for it one of the most beautiful villages in Yorkshire, known for the stream that runs through the extremely wide village green.

Just off the green, in a leafy enclave sheltered by tall trees, stands the 20th-century parish church of St Chad. 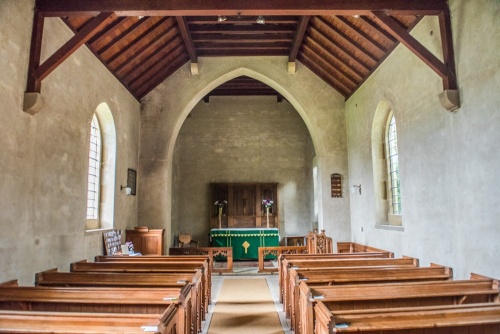 Hutton-le-Hole is within the old parish of Lastingham, one of the most ancient parishes in North Yorkshire, and St Chad's serves as a chapel of ease for St Mary's Church in Lastingham. Yet for all the parish's age, there does not appear to have been a church at Hutton-le-Hole until St Chad's was built in 1934. Until that time services were held in the village school.

In 1901 the parish bought a redundant Congregationalist chapel called the Zion Chapel. The chapel was dedicated to St Chad and served as the village church until 1934 when a completely new church was built beside it. The chapel was torn down, leaving only the church that we see today. 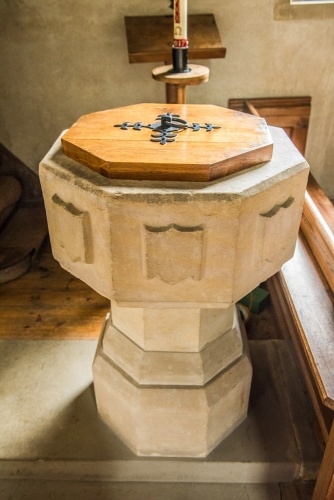 The font, from Ryton Church

The dedication is worth noting, for St Chad has a direct connection to Ryedale. Chad was a 7th-century monk from Lindisfarne, the brother of St Cedd. Around AD 654, Chad, Cedd, and their brothers Cynbil and Caelin founded a Celtic monastery at Lastingham.

When Cedd died a decade later in AD 664 Chad became the abbot of Lastingham. In that role, he clashed with the church hierarchy after the Synod of Whitby, which decided that Christians should adhere to the Roman Catholic form of worship instead of the Celtic form. St Chad later became the Bishop of Lichfield. 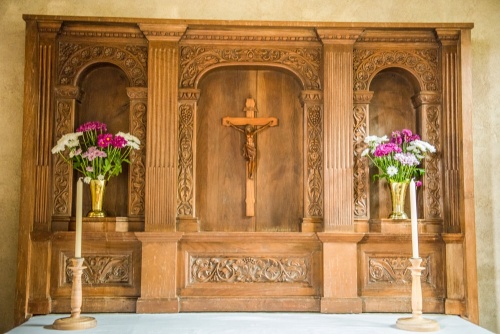 The oak reredos from Welburn Hall

The church is a very simple building, with a rectangular nave, very short chancel, and a west entrance. There is no tower, just a double bellcote over the west gable. The interior is very plain, with the major feature being an extremely high chancel arch. There are simple wooden pews on either side of a central aisle. One oddity is that there is no east window over the altar. The east wall is completely solid, which is very unusual in an Anglican church. 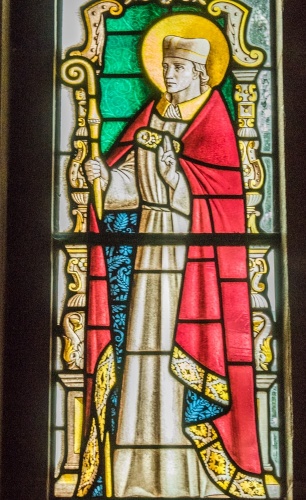 The oldest furnishing is probably the organ, built in the 1860s. It came from a Methodist chapel near Scarborough but probably began as a chamber organ in a country house.

Aside from these furnishings the best feature of St Chad's is the stained glass, installed after WWII. On the north wall of the sanctuary is a panel depicting St Chad, while opposite on the south wall are panels depicting the Crucifixion and the Annunciation.

Incorporated into the north boundary wall of the churchyard is the stone cross that once stood over the door of the old Congregationalist chapel. 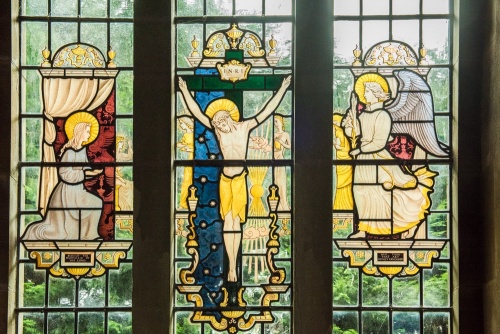 St Chad's Church is located on the eastern side of Main Street (the main road through the village). There is a large parking area off Moor Lane, just past the Hammer and Hand pub. The church was open when we visited.

St Chad's isn't blessed with any great architectural features and it won't take long to visit. It is, however, a good example of a simple country church, and its connections with St Chad make it all the more interesting.