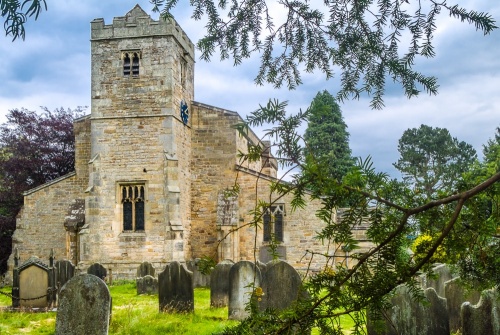 The village of Lastingham lies amid the soft hills that fringe the southern edge of the North York Moors. Around AD 654 St Cedd founded a monastery here, in a place described by The Venerable Bede as 'where once dragons lay'. Cedd was a missionary from Lindisfarne, and the church would have followed the Celtic tradition.

Cedd himself acted as an interpreter at the Synod of Whitby in AD 664, when the Celtic tradition of Christianity was forced to cede to the Roman Catholic tradition. Cedd died of the plague shortly after the Synod and was buried at Lastingham.

Around AD 725 the first stone church was built and Cedd's remains were reburied beside the altar. 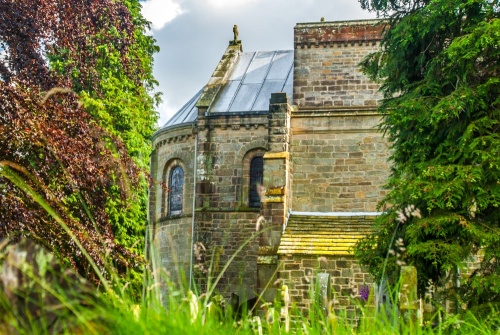 The Saxon monastery was refounded as a Benedictine house in 1078 by Stephen of Whitby. Stephen built a crypt over the place where Cedd was thought to have been buried, and a pair of huge Norman columns survive from the eastern supports for the tower of Stephen's church.

Within a decade, however, Stephen and his monks left for York, abandoning Lastingham. We don't know why they left; perhaps it was due to William the Conqueror's ferocious 'Harrying of the North', but the result was that for centuries the unfinished church was allowed to decay.

In 1228 the former monastic church became the parish church for Lastingham village. A north aisle was added, followed by a south aisle in the 14th century, and a west tower was added in the 15th century. The church was in poor condition by the 17th century, until it was rebuilt by Thomas Ferres, a native of Lastingham who rose to become Mayor of Hull. 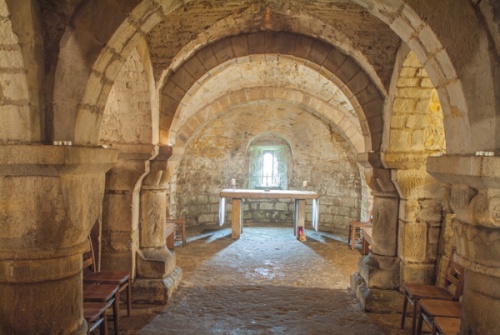 One interesting footnote in the history of Lastingham church comes from the 18th century when a curate named Jeremiah Carter was employed by an absentee vicar. Carter was married, with 13 children to support, so he supplemented his family income by fishing, while his wife kept the local Blacksmith's Arms pub.

Carter was known to play the violin to entertain visitors to the pub. When questioned by the archdeacon on the propriety of his actions, Carter replied that his parishioners enjoyed three advantages, being instructed in religion, fed and entertained all at once. He argued that this method of spending the Sabbath was so agreeable that his charges were 'imperceptibly led along the paths of piety and morality...' 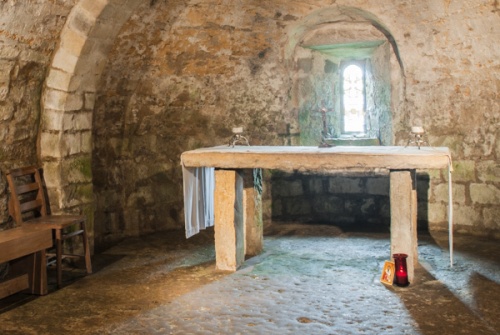 But there is really just one thing that draws visitors from across the UK to Lastingham, and it is the Norman crypt. It is, if not unique, at least very unusual in that it has an aisle on either side of a central passage leading to a stone altar table, lit by a single lancet window in the east wall.

The huge, rounded columns supporting the aisle are beautifully carved with ornate decoration, dating to Stephen's work between 1078-88. Stephen and his monks almost certainly reused earlier Saxon stones around the base of the crypt pillars, some dating to the 8th century. The traditional site of Cedd's burial is immediately to the right of the altar table.

I've visited Lastingham twice, and it is amazing how simply descending the steep stairs to the crypt brings with it an air of stillness and calm. This is a place for hushed voices, for sitting quietly and absorbing the silence and the pervading aura of history. It is, as Simon Jenkins says, 'a special place'. 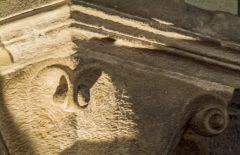 More self catering near Lastingham

More bed and breakfasts near Lastingham

Self Catering near Lastingham