HERITAGE HIGHLIGHTS:   Historic well that gave its name to an entire district of London. 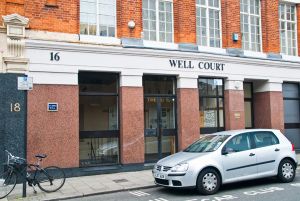 In the 12th century, a nunnery dedicated to St Mary stood in the area between modern Islington and Smithfield, beyond the city walls of old London. Several wells supplied the nunnery with water, and of those, this was the most important.

It seems that the parish clerks gathered at the well yearly, and there gave performances or plays based on Biblical themes. Thus the well became known as Clerkenwell, a name which became used to designate the whole parish.

In 1673 the well was granted to the parish of Clerkenwell by the then lord of the manor, Lord Northampton.

The site of the well was lost for centuries until accidentally discovered by workmen in 1924. It was preserved in an underground chamber under an office building on Farringdon Lane.

A small display on the history of the site has been set up in the building window, and this can be read from the street when the office building is closed. 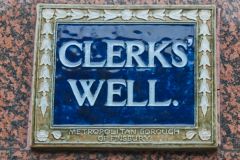 More self catering near Clerk's Well >>