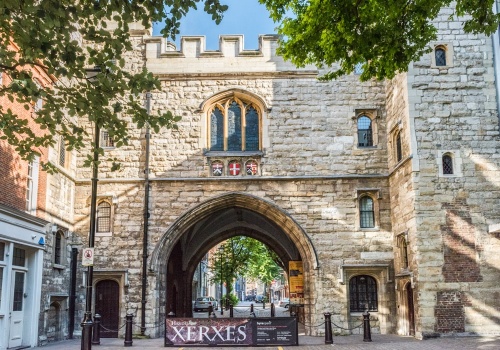 St John's Gate is the former gatehouse for the Clerkenwell priory of the Knights of Saint John - the Knights Hospitallers. The gateway was built in 1504 by Prior Thomas Docwra to replace a 12th-century gate damaged during Wat Tyler's Peasant's Revolt of 1381.

The gatehouse suffered much decay and patchy attempts at restoration over the years; much of what is left is well-meant Victorian stonework.

The gateway is made of brick, faced with stone on the north and south sides. The underside of the central arch is decorated with ornate, painted ceiling bosses including a figure of a lamb and heraldic shields. Set into the pavement is the Order of St John's stylised star symbol.

The Clerkenwell Priory was established in the middle of the 12th century as the English headquarters of the Knights of St John. The Order was suppressed by Henry VIII and dissolved permanently by Elizabeth I. 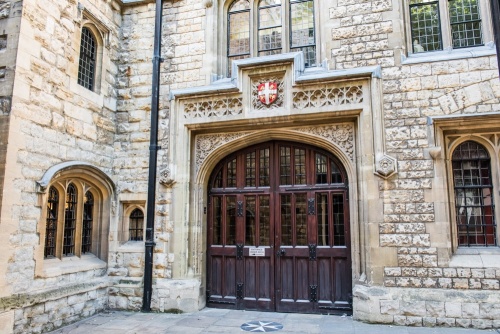 The gatehouse has many historic associations; it was used as a printing house by The Gentleman's Quarterly, and Samuel Johnson had his first job here, writing magazine reports. Engraver William Hogarth lived in the building as a child from 1701-1709 when his father Richard operated a coffee house on the site.

In the late 18th century the gateway served as The Old Jerusalem Tavern, and writer Charles Dickens was a regular customer. The Order of St John re-acquired the gate in 1873, then in 1888 Queen Victoria granted the Order a royal charter. The Order used St John's Gate to serve as its offices and to house a museum dedicated to the Order and the associated St John Ambulance.

The museum is outstanding; it features collections of armour, illuminated manuscripts, paintings, ceramics, silver, and a cannon given by Henry VIII. The Order also maintains links to the Priory Church opposite, with a 12th-century crypt and cloister garden planted with herbs used for medical purposes in the medieval period.

Unfortunately, we were not allowed to take photos inside the museum, so we'll have to be content with sharing photos of the exterior. 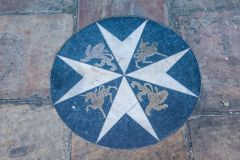 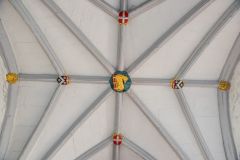 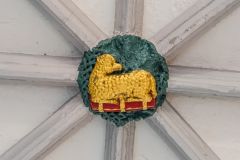 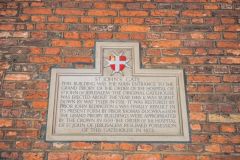 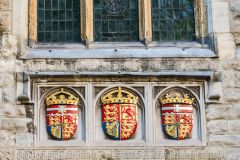