Kingston, All Saints and St Andrew 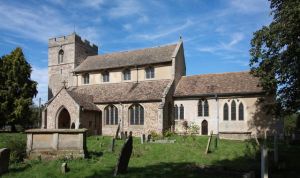 Kingston, All Saints and St Andrew
A lovely 13th-century parish church, extensively rebuilt in Perpendicular style following a fire in 1488. Parts of the 13th-century building were reused and incorporated in the 15th-century design.

The building is of mixed clunch and fieldstone rubble with limestone dressing, under a tiled roof, and consists of an aisled nave with clerestory, chancel, south porch, and west tower. The chancel and tower remain from the 13th-century church, but the remainder of the church dates to 1488.

The main feature of historic interest at Kingston is the wonderful series of wall paintings. The most intriguing of these is over the chancel arch, where a Rood Group scene is set against a deep red background. A unique feature of this painting is the representation of an angel on either side of the cross, each holding up a cup, or chalice, to catch drops of blood from Christ's side.

In the chancel are some very early foliage designs, dating to the 13th century or even the 12th century. Also in the chancel is a scene of foot soldiers carrying lances, also thought to be 13th century. Elsewhere are paintings of the Virgin Mary, figures of saints, including St Christopher and a much-worn figure of a mounted St George, and panels of Biblical texts.

Aside from the wall paintings, there is a 14th-century font of a rather peculiar design It has a very plain octagonal bowl, and is supported on a series of 8 engaged columns joined by trefoiled arches. There is also a nicely carved Jacobean pulpit.

Not quite so visible is the ring of three bells, one of which dates to the 14th century, making it one of the oldest known bells in any English parish church. There are also fragments of the original medieval glass in the east window, and parts of a medieval screen have survived. In the chancel is a repainted wall memorial to Dr Fogge Newton, a Provost of King's College in Cambridge (d. 1612).

Nearest Accommodation to Kingston, All Saints and St Andrew:

More self catering near Kingston, All Saints and St Andrew >>

More Hotels near Kingston, All Saints and St Andrew >>

More bed and breakfasts near Kingston, All Saints and St Andrew >> 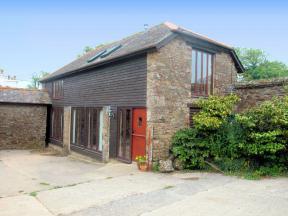 The nearest beach Wonwell Sands an unspoilt bay with a large expanse of exposed sand at low tide. Just eighteen miles around the coast the city of Plymouth offers many …
Sleeps 2 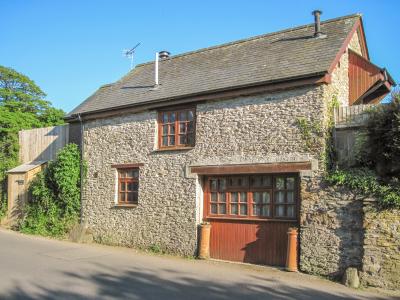 This detached cottage rests in Kingston near St Ann's Chapel and can sleep two people in one bedroom.
Sleeps 2