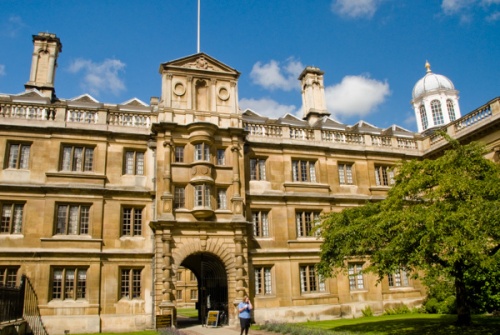 Clare College is the second oldest among Cambridge Colleges (preceded only by Peterhouse). It was founded in 1326, with the later aid of an endowment by Lady Elizabeth de Clare. It was at first known as Clare Hall, though like most Cambridge colleges it later exchanged the "hall" for "college".

Clare College had an intimate involvement in the turmoil of the English Reformation. Bishop Hugh Latimer was a prominent Fellow of the college, and later an outspoken advocate of church reform. Latimer gained lasting fame as one of the "Oxford Martyrs" burnt under the counter-Reformation led by Queen Mary.

In the 17th century and for a century following, Clare underwent a major rebuilding, with the present Old Court taking shape. Unsupported Clare tradition holds that it was the early classical pioneer architect Inigo Jones who was responsible for making Old Court the harmonious composition it is today. 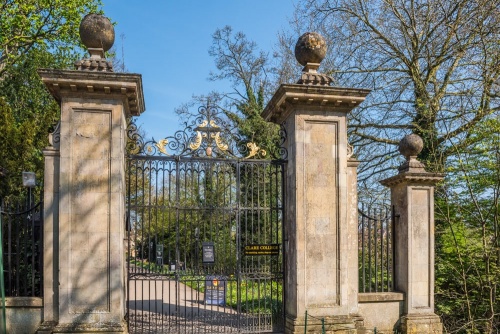 The East and West Ranges were built in 1638 and the bridge the following year. The rest of the court was completed by 1715 with the chapel a later addition in 1763.

The Fellow's Library (1738) holds an impressive collection of early printed books and medieval manuscripts. The Library's collection is based upon the collection of scholar and playwright George Ruggle (1575-1621).

More self catering near Clare College