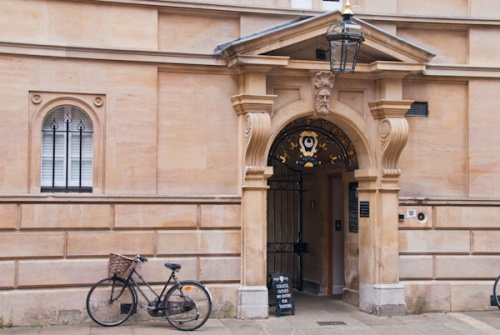 Trinity Hall (not to be confused with its larger cousin Trinity College) is a delightful and largely overlooked gem among Cambridge colleges. The college was founded in 1350 by Bishop Bateman of Norwich.

The site was formerly used as a monks' study hall owned by the monastery at Ely. The Hall chapel was erected in 1336, though it was remodelled extensively in 1729 by Sir Nathaniel Lloyd. It is the smallest of any Cambridge college chapel and imparts a sense of intimacy and informal warmth.

The Elizabethan Library was built in the late 16th century, and the nearby Dining Hall is a product of an 18th-century rebuilding, though its origins are medieval. The Front Court, by way of contrast, is an elegant Georgian square.

Perhaps the most attractive feature of Trinity Hall is the intimate Fellows Garden. That, with its riverside location, makes Trinity a peaceful contrast to its more heavily visited namesake.

More self catering near Trinity Hall