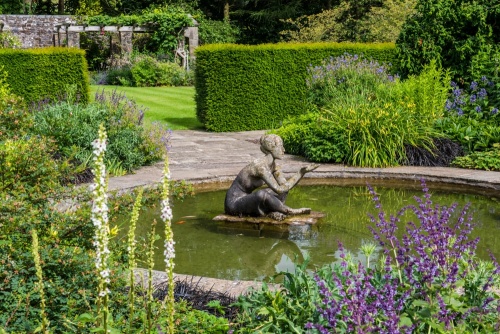 Set in the heart of picturesque Wharfedale, these 24 acres of formal and woodland hillside gardens offer a peaceful refuge, a secluded and beautiful spot planted with formal and informal garden areas.

The story of Parcevall Hall goes back at least to the Tudor period when the manor of Appletreewick was owned by Bolton Abbey. At that time the Hall was little more than a farmhouse. After Bolton Abbey was suppressed by Henry VIII in 1539 the farm was purchased by Sir John Yorke and given to his son Peter. The oldest parts of the present house date to 1586, during Peter Yorke's ownership.

The Tudor house was altered in 1671 by Christopher Lawson, who came here with his bride Elizabeth. After Lawson died in 1695 the house was occupied by a succession of tenants. In a curious twist, one of the tenants was the Yorke family. The house gradually fell into a state of decay and was almost derelict when it was purchased in the 1920s by Sir William Milner, an architect and godson of Queen Mary.

Milner was the 8th Baronet of Nun Appleton, but it was a title without a family seat, for his father, Sir Frederick Milner, had sold the family estates at Nun Appleton to pay off huge gambling debts incurred by his profligate brother. It was left to Sir William to create a new family seat, and so he bought Parcevall Hall.

Sir William meticulously restored the crumbling house and extended it with guest bedrooms and a staff wing. He also laid out the garden terraces below the house, paying local labourers a shilling an hour. It was welcome employment for the locals, for it came during the lean years of the Great Depression. 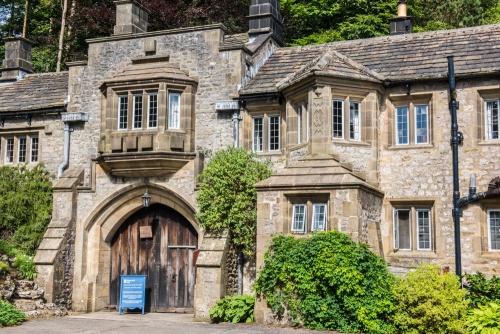 Milner was an avid gardener and gathered specimen trees from as far afield as the Himalayas and China. He took advantage of unusual soil formations, with alkaline soil at the top of the garden and acid soil at the bottom of the site.

The acid soil is perfect for plants like rhododendrons and camellias, so Sir William carefully chose plants suited to the soil in different areas of the garden, and the result is a delight. Sir William himself is remembered by his very own variety of daffodil, the WP Milner, which grows in the orchard.

The garden design draws on the Arts and Crafts style popularised by Sir Edwin Lutyens, with formal terraces mixed with a rock garden, an orchard, and cliff-walks surrounded by woodland. Quiet rills run through the garden, with small pools adding water interest. Sir William also drew on his interest in world religions and designed the layout to include both plants and designs from different parts of the globe.

At the bottom of the gardens is Tarn Ghyll Wood, a peaceful wooded area with sinuous paths along a small stream. At the far end of the woods is a lake, with the outflow from the lake dropping over an attractive waterfall. 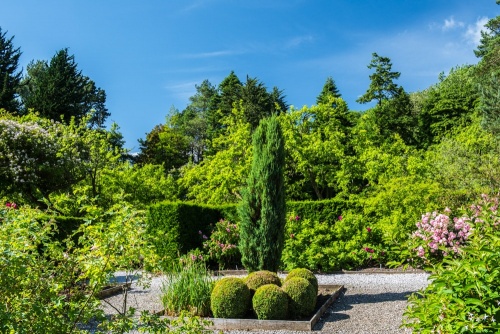 From the woods, you climb up through an orchard with red-themed borders to formal terraces below the Hall. At the centre of the highest terrace is a lovely pool with a statue, acting as a centrepiece. There is a camellia walk beside the formal terraces.

Above the house is an enclosed rose garden, giving way to Silver wood and paths across the sloping hillside to a rock garden centred on another pool.

Sir William was deeply religious, and when he died in 1960 he left the Parcevall Hall estate to the Guardians of the Shrine of Our Lady of Walsingham. The Guardians, in turn, leased the estate and garden to the Leeds diocese as a retreat centre. For this reason, the Hall itself is not usually open to visitors, though it provides a welcome focal point for garden views.

The gardens are the only RHS registered garden in the Yorkshire Dales National Park and offer something of interest to both the avid gardener and anyone interested in a tranquil and beautiful setting.

The garden is very well signposted from surrounding roads but be aware that it is located down a maze of narrow lanes with only scattered passing places, so take your time and enjoy the process of getting there! It is that very sense of isolation that helps give Parcevall Hall such a wonderful ambience. You truly feel like you are a hundred miles from anywhere, in an area of incredible natural beauty.

We visited on a sunny day in late summer and found the woodland walk a welcome respite from the heat of the sun. Be prepared to get some exercise exploring the gardens; the sloping site offers fabulous views, but only after you've climbed from the parking area near the bottom of the hillside to the area around the house at the top. 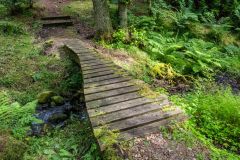 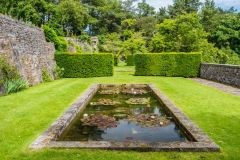 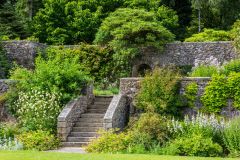 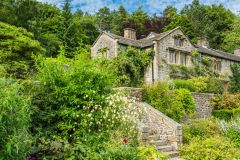 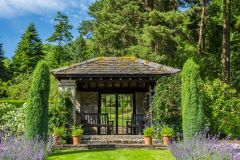