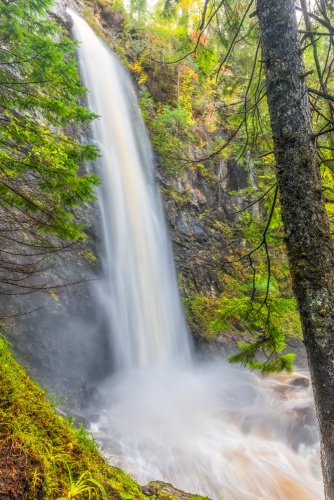 Plodda Falls is a dramatic waterfall on the Abhainn Deabhag, a tributary of the River Affric. The falls are deep in glorious fir woodland on the south side of Glen Affric. The main falls plunge 151 feet (46m) almost straight down from a rocky outcrop to the river far below. A viewing platform juts out over the top of the falls so that visitors can look almost straight down from the top of the plume.

Plodda forms part of the Glen Affric Nature Reserve and is managed by Forestry Commission Scotland. In the 19th century, the area formed part of Lord Tweedmouth's Guisachan estate. The manor house, now abandoned, stands between Tomich and Plodda.

The estate name derives from the Gaelic words for 'the place of the pines'. Over the years 1895-1900 Lord Tweedmouth planted it with Douglas firs, highly prized for ship masts and for construction projects because of their long, straight trunks. Trees from Plodda were used for the mast of Captain Robert Falcon Scott's ship Discovery on his ill-fated Antarctic expedition.

Lord Tweedmouth only saw these firs as saplings but now they are some of the tallest and most impressive in Scotland. 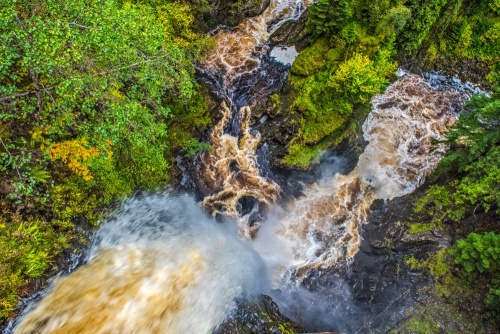 Looking straight down over the waterfall

Plodda is a bit different from other natural areas of Glen Affric. In all other areas the Forestry Commission is gradually removing non-native species but at Plodda non-native trees are the main attraction (apart from the waterfall itself). The area around Plodda is full of Douglas firs that make the forest an extraordinary experience to explore.

There are two trails through the woodland at Plodda. The Plodda Falls Trail, as its name suggests, takes you to the waterfall itself. There are a few steep sections but generally, the going is moderate. The trail is about 1 mile (1.6km) and will take only 30 minutes to return.

A longer option is the Tweedmouth Trail, stretching 1.5 miles (2.4km) and taking you through a glorious stand of Douglas fir trees planted by Lord Tweedmouth for his form Guisachan estate. This route will take about 1 hour in total and for part of the way it takes you along the old carriage drive to Lord Tweedmouth's mansion.

Plodda Falls appears in our list of 22 Beautiful Scottish Waterfalls. 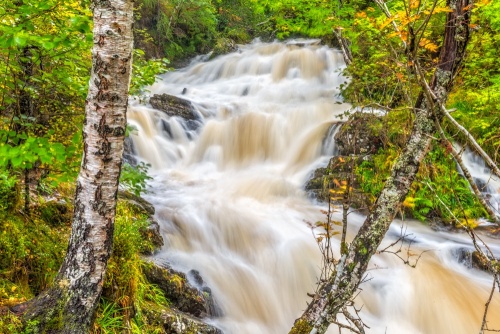 Water tumbling down to the main falls

The easiest way to access the falls is from the A831 from Drumnadrochit, heading north towards Cannich. Just before you reach Cannich the road takes a sharp right bend at the bottom of a hill.

Turn left here onto a minor road signposted to Tomich. Look for the striking memorial to Lord and Lady Tweedmouth on the south (left) side of the road at the far end of the village.

After Tomich, the road diminishes into a dirt road, but the route to Plodda is very well signposted. The road here is narrow and rough in places, with irregularly spaced passing places to let other vehicles past. 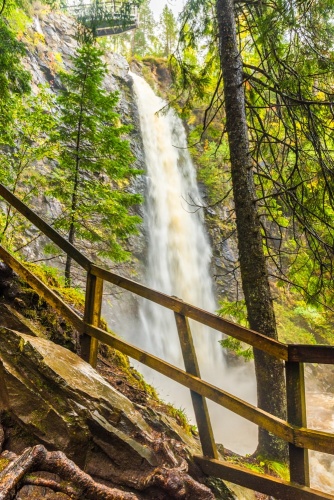 The falls from the lower viewing platform

A signposted trail leads through pleasant woodland to the viewing platform erected by the Forestry Commission to replace an earlier bridge built by Lord Tweedmouth in 1880.

You could simply admire the falls from here, though I highly recommend following the path downhill to a viewing area at the base of the falls. Here you get a view of the whole plume as it plunges precipitously down the cliffs.

Be careful, though. If there is any wind the spray from the waterfall can drench you! It is also very hard to take photos from the bottom of the waterfall as the camera lens is immediately covered in water droplets.

Plodda Falls is one of four Forestry Commission sites in Glen Affric and the only one on the south side of the glen. The other three sites - Dog Falls, River Affric, and Loch Beinn aMheadhain - are all on the north bank of the River Affric, reached from Cannich or by a connecting road just east of Tomich. 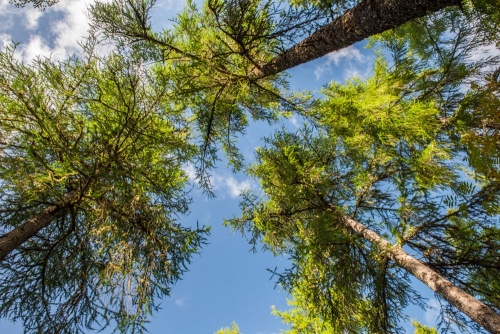 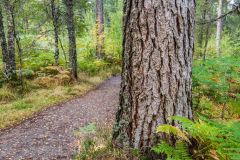 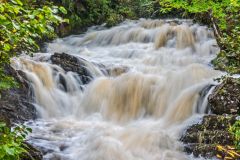 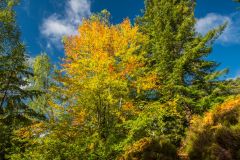 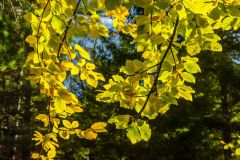 Nearby accommodation is calculated 'as the crow flies' from Plodda Falls. 'Nearest' may involve a long drive up and down glens or, if you are near the coast, may include a ferry ride! Please check the property map to make sure the location is right for you.

More self catering near Plodda Falls