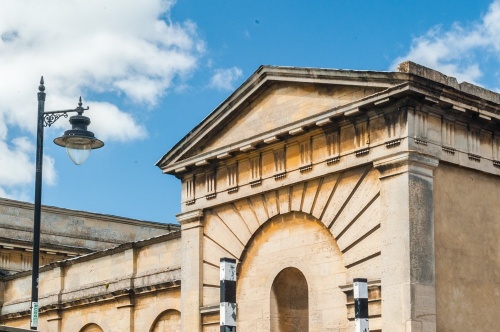 Kimbolton Castle, constructed after the Norman conquest and greatly remodelled in the 17th century, is best known for its associations with Katherine of Aragon. Now a school, the castle is available for group visits and has a limited number of public opening dates.

In the Norman period, a motte and bailey castle was erected at Kimbolton, though not on the same site. When King John granted the Earl of Essex the right to hold a market at Kimbolton, a new castle, was built, at the opposite end of a market place from the parish church. No trace of this 13th-century castle remains, but it stood on the site of the current castle.

In the 1520s the medieval castle was rebuilt as a Tudor manor house by the Wingfield family. It was to this manor house that Katherine of Aragon was exiled in 1534 when she refused to accept her marriage annulment with Henry VIII. Katherine's health suffered badly from the damp climate of the nearby fens, and she died less than 4 years later, in January 1538. Henry's response when hearing of her death was 'Praise be to God!'

Katherine's body was carried in procession to Peterborough Abbey (now Peterborough Cathedral) for burial, but that was not the end of her connection with Kimbolton, for the ghost of the unhappy queen is said to haunt the castle site to this day.

In 1615 the 1st Earl of Manchester, Sir Henry Montagu, bought the castle, and the Montagus owned Kimbolton for the next 335 years. The 1st Duke remodelled the castle, calling in Sir John Vanbrugh and Nicholas Hawksmoor to transform the Tudor building in classical style, yet featuring battlements so that no one forgot its long history as a real castle.

Palladian country house architect Robert Adam designed a series of neo-classical designs for the castle, but only the grand gatehouse, facing onto the market, was ever built. Also in the 18th century, a folly known as Warren House was built to add a focal point to the top of a hill overlooking the castle.

During WWII the castle was used by the Army Medical Corps, and finally, in 1950 the long Montagu association ended when the 10th Duke sold the castle to Kimbolton School. Since then the complex of historic buildings inside the castle walls have been used by the school, however, the buildings are open to the public during holidays and at weekends.

More self catering near Kimbolton Castle >> 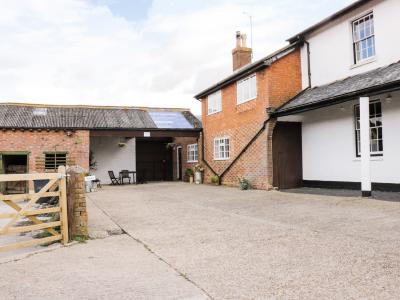 This cottage is located in the village of Lower Dean in Bedford, and can sleep five people in three bedrooms.
Sleeps 5