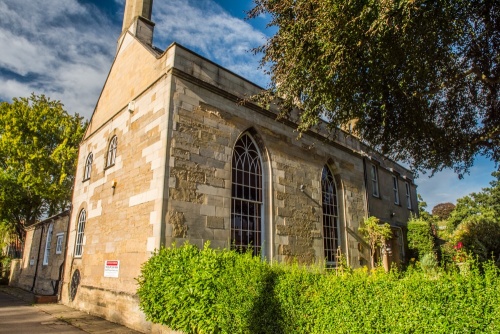 Beck Isle Museum
Just around the corner from the North York Moors Railway station in Pickering is the Beck Isle Museum, which covers the rich local history of the Moors and the Ryedale region. This award-winning museum is housed in the very first Agricultural College in England, a lovely Georgian building created by architect William Marshall.

Marshall inherited the building from his brother in 1816 and immediately began transforming it into a school to teach agricultural practices. Unfortunately, Marshall died in 1818 before his innovative scheme could be launched. and the building passed to his sister Elizabeth and became a family home. Later in the Victorian period, it became a doctor's residence. The last doctor to use the building was Dr Murphy, who died in 1966.

After Murphy's death, a local heritage group decided to preserve the house as a museum and art gallery. At first, only the ground floor was converted into a combination museum and gallery space but the project proved so popular that the charity was able to buy the entire building and transform it into a display space.

Over the past 50 years, the museum has grown to hold some 50,000 objects connected with Pickering's rich history.

Within the museum are 27 rooms bursting at the seams with displays covering the region's social history, trade and industry, textiles, fashion, genealogy, military and local history. Many time periods are brought to life through a series of recreated period shops.

There is a working Blacksmith's forge, and an exhibition on the Rosedale Ironstone Mines and Railway. One popular feature is the Sydney Smith photographic collection of historic images showing Pickering at the turn of the 20th century.