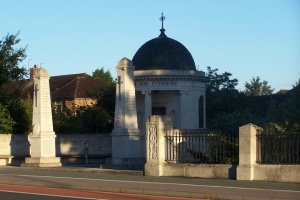 A 6th-century burial unearthed at Kempston revealed the earliest known example of Anglo-Saxon wool embroidery yet found in Britain. The Kempston find is made of 2-ply wool thread on purple worsted fabric. The embroidery fragment was found in a "relic-box", which would have hung from a woman's girdle.

The find was made in the Anglo-Saxon Cemetary - now called the Saxon Centre. Another artefact from the same excavation was a remarkable glass drinking horn.

At the time of the Norman invasion the manor of Kempston, then called Camestone, was held by Earl Gyrth, brother of King Harold. Like Harold, Gyrth was killed at the Battle of Hastings.

After his victory at Hastings, William the Conqueror gave Kempston to his niece, Judith de Baliol. A later inhabitant of Kempston was John de Balliol, founder of Balliol College, Oxford. He married Devorguilla, a descendant of Countess Judith, and their son John briefly became king of Scotland.

By the 13th century there were 3 manors in the area of the village. Daubeny Manor stood next to the present Manor Hall. Henry II is known to have stayed at Daubeny during the siege of Bedford Castle in 1224. The manor of Hastings (also called Greys) was owned by the de Grey family of Wrest Park and stood near the present Bury House. 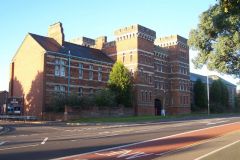 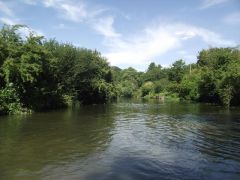 More self catering near Kempston

More bed and breakfasts near Kempston