HERITAGE HIGHLIGHTS:   The oldest college in Oxford, dating to 1260 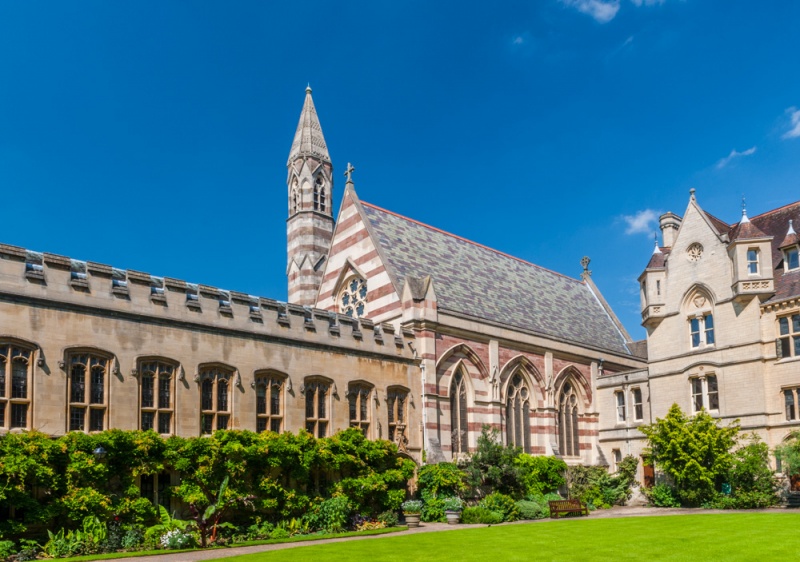 John Balliol was one of Henry III's most powerful supporters during the Baron's War of 1258-1265. Balliol married Devorguilla, a Scottish princess, and their son, also named John, briefly became King of Scotland in 1296. 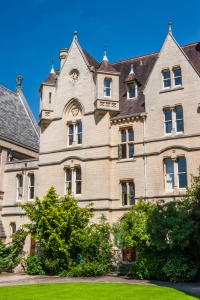 In 1260 Balliol fell out with the powerful Bishop of Durham and their feud descended into violence. Henry III intervened and found in the Bishop's favour. The Bishop had Balliol whipped, and sentenced him to an act of charity as a penance. Balliol chose to buy a house in Oxford and provide funds for needy students.

When Balliol died in 1269 his widow Devorguilla formally established Balliol as a college, providing an endowment, official statutes, and the seal of the college, which it still maintains.

Only 16 students inhabited the 'House of the Scholars of Balliol', and each received an allowance of eightpence per week. Although Balliol remained small for several centuries, it lays proud claim to several prominent members during the medieval period, including church reformer John Wycliffe, who was Master in 1360.

A century later William Gray, later Bishop of Ely, was a member. It was Gray who donated his extensive collection of European manuscripts to the college. The collection is now the single largest medieval collection in England.

Balliol grew in size and influence during the Tudor period, despite its history of Catholic support. Famous members during this period include diarist John Evelyn. The Civil War was not kind to Balliol, however; the war itself caused enrolment to drop, and the college was forced to lend support to the royalist cause, including "donating" all its silver plate to the king - a debt which has never been repaid.

Balliol was in and out of serious debt for the next century, a situation which was only remedied when some property it owned in Northumberland proved to be located atop a seam of rich coal.

Balliol was one of the first colleges to create academic opportunities for women. In 1884 women were allowed to attend classes if they were accompanied by "some elder person".

There are four main areas of the college to visit. The first, just inside the Broad Street entrance, is Front Quad, with ranges of 15th-century buildings including the Library. 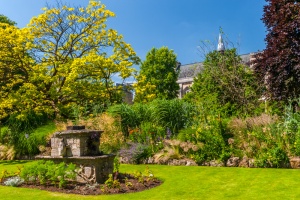 On one side of the Quad is the Chapel, built in 1857, and easily noticed by its striking white and red bands of coloured stone. This is the third chapel on the site. The first was built in 1358 when the Abbot of Reading donated money and materials. It was replaced by a second chapel in 1525, and then by the present building in 1857.

The architect was William Butterfield, one of the most important Victorian architects of his day. Unfortunately, Butterfield's new chapel was widely reviled, and the college even received a serious offer to pay for it to be destroyed and rebuilt.

Chapel highlights include 16th and 17th century stained glass, reset in 1912. One window was donated by Laurence Stubbs, President of Magdalen College, in 1529, to commemorate the death of his brother Richard, a Master at Balliol from 1518–1525.

Another survivor from the second chapel is a striking eagle lectern of 1630. There are a Jacobean pulpit and late Victorian memorials. In the Antechapel are a number of older memorial tablets from the old Chapel.

Beyond the Front Quad, a passage leads to the Garden Quad, a peaceful green space. At the far end of the Garden Quad is the 19th century Hall, where formal and informal meals take place. The Hall is open to visitors outside meal times.

There is usually a small charge to visit Balliol. The admission kiosk is just inside the main gate on Broad Street. 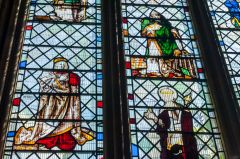 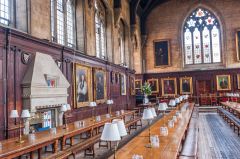 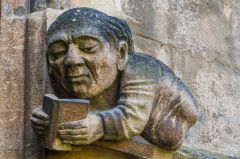 More self catering near Balliol College