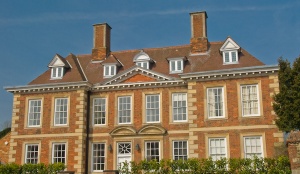 Buckingham was the county town of Buckinghamshire until that role was taken over by Aylesbury in 1725. Buckingham was established as the county town in the 10th century, when Edward the Elder used it as a stronghold in his fight against the Danes in 918. Edward's fortification probably stood on Castle Hill, on the site now occupied by the parish church of St Peter and St Paul.

But there is so much more to see in this attractive old town. Start at the Old Gaol Museum, on the High Street. This was one of the first purpose-built gaols in the Country. It was built in 1748 on the instigation of Browne Willis, a local landowner, who wanted to make sure that Buckingham retained the Summer Assizes and the trade that the Assizes brought to the town.

The Old Gaol was built like a medieval castle; indeed, it is easy to mistake it for a medieval building. Today, the Old Gaol houses an award-winning museum of local life, while the old gaoler's quarters houses the Buckingham tourist information centre.

A short walk from the Old Gaol brings you to the

Buckingham Chantry Chapel, built in the 12th century, but now operated as a second-hand book shop by the National Trust. The most memorable feature of the chantry chapel is the beautifully carved Norman doorway.

The Old Town Hall is an imposing Georgian building topped by a gilded swan, the symbol of Buckinghamshire. The town hall, like the Old Gaol, was built in an attempt to win back the Assizes from Aylesbury. Rising above the market place is Castle Hill, the site of a medieval castle. The hill is now topped by the 18th-century parish church, built here after an older medieval church burned down.

The core of Buckingham is the old Town, a lovely maze of winding lanes and narrow streets, lined with historic buildings. Among the older buildings is the Manor House, an attractive Elizabethan half-timbered building.

On the side of the manor house is carved a delightful infant cherub. The cherub may be a representation of St Rumbold. According to legend, St Rumbold (also known as Rumwold, or Rumwald) was born in the 7th century, to a royal Saxon family at Astrop, about 12 miles from Buckingham.

The newborn Rumbold expressed a desire to be baptised, and this was done in a bowl-shaped font, which can now be seen at King Sutton church. Rumbold died after three days, but not before expressing a desire to be buried at a place that would be known as Buckingham. This was carried out, and the shrine of St Rumbold at Buckingham became a place of pilgrimage in the medieval period.

A few steps from the Manor House is the Old Churchyard, site of the medieval parish church. A plaque marks the location where the shrine of St Rumbold is thought to have been placed.

Beside the Manor House on the other side is Twisted Chimney House, another attractive Elizabethan house topped by an unusual twisted chimney built of red brick. On the far side of the Old Churchyard is the area known as The Prebend, now occupied by the modern University of Buckingham.

A short stroll brings you to Lords Bridge, where a trail leads to the site of St Rumbold's Well, a medieval holy well associated with the infant saint. Back in the old section of town you will find Castle House, a beautiful 17th century building. King Charles I held a council of war here during the Civil War.

There are waymarked walks along the river, and around the historic core of town. 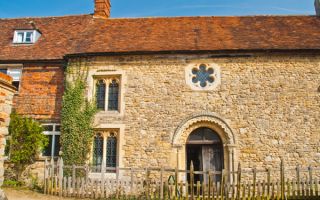 More self catering near Buckingham

The Angel Restaurant with Rooms - 15.5 miles
Aylesbury, Buckinghamshire
Stay from: £70.00

More bed and breakfasts near Buckingham