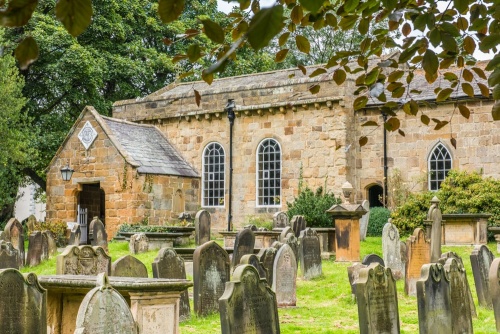 All Saints Church dates to the 12th century and served as the parish church of Great Ayton until 1876 when Christ Church was built. The church is closely linked to Captain James Cook, the 18th-century navigator, explorer, and cartographer. 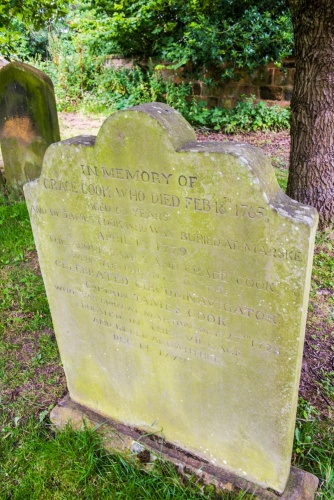 Though the oldest part of the present building dates to the 12th century, thee may have been a much earlier building on the same site, for inside the church are several 8th-century carved stone fragments, including several pieces of cross-heads.

An Anglo-Saxon church was mentioned in the Domesday Book of 1086, suggesting that it had escaped the devastation of William the Conqueror's Harrying of the North in 1070 that left most of Northern England churches in ruins.

That Pre-Norman church was rebuilt sometime in the 12th century, using locally-quarried golden-coloured sandstone. The church is roofed with Westmorland slate, the result of restoration in 1780. 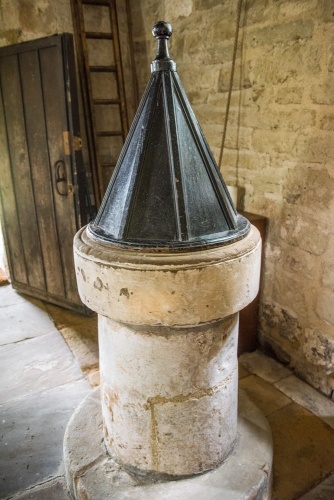 The south porch was added in the 13th century. above the porch entrance is a sundial dated 1743. The south wall survives from the Norman church, but it now boasts two large Georgian windows. Look for deep grooves in the east wall, probably made by archers sharpening their arrowheads during the medieval period, when regular archery practice was compulsory.

The nave was lengthened and a tower added in the 15th century. The tower had to be rebuilt in the 18th century due to structural problems, and it was completely removed in 1880. 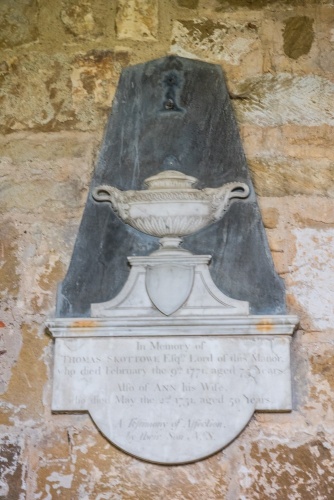 Ten metres from the south-east corner of the church is the Cook family grave. Cook's mother and five of his sisters and brothers are buried here. The gravestone is engraved with these words:

In memory of
Grace Cook who died Feb.18th 1765
aged 63 years
and of James Cook who was buried at Marske
April 1st 1779
The above James and Grace Cook
were the parents of the
celebrated circumnavigator
Captain James Cook
who was born at Marton Oct 27th 1728,
educated in this village
and killed at Owhyhee
Dec 14th 1779

One of the highlights of All Saints is a well-preserved Norman doorway inside the porch. It is topped with an arch of three orders and supported by twin columns. 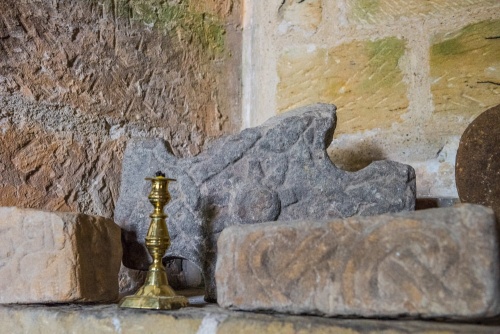 Further east along the north wall is a high-level arch, all that remains of a doorway that once allowed the family of Thomas Skottowe, the lord of the manor, to enter a private gallery over the pews. Thomas Skottowe's elegant memorial tablet is on the wall. It records his death in 1771 at the age of 75, as well as his wife Anne Skottowe, who died in 1751.

On the north side of the chancel arch is a recess that once gave access to a small chantry dedicated to St Mary. A statue of the Virgin Mary stood within the niche at the chantry entrance. Early the 20th century a statue was discovered in the vicarage garden. This may well have been the original medieval statue and has been returned in the niche. 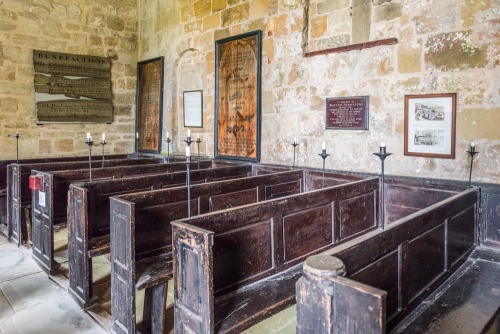 Georgian pews in the nave

On the south side of the chancel arch is a Georgian three-decker pulpit with a sounding board. The complex structure includes a clerk's desk, reading desk, and preaching platform with a sounding board, or tester, hanging above. The three-level pulpit would have raised the curate up above his parishioners, but he would still be looking up to the lord of the manor in his private gallery.

All Saints is essentially unaltered since the Georgian period. The timber-framed roof is mainly medieval, the chancel arch is Norman, and there are excellent 18th-century memorial tablets.

All Saints is a lovely historic building, set in a large churchyard. Most people will visit to see the grave of Captain Cook's mother and his siblings, but the building is worth a visit in its own right for the Georgian furnishings, Saxon cross carvings, and Norman font and south doorway.

All Saints is at 1 Low Green, at the western end of High Street just off the A173 on the north side of the River Leven. There is no dedicated parking that we could find, but there is parking along High Street. 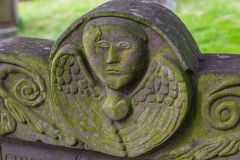 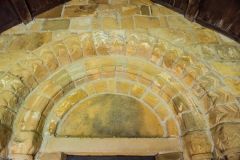 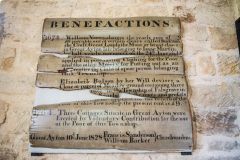 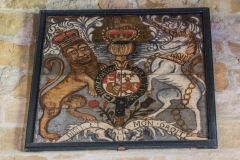 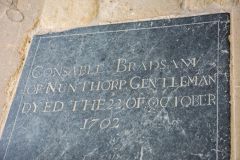 More self catering near Great Ayton, All Saints Church

More bed and breakfasts near Great Ayton, All Saints Church