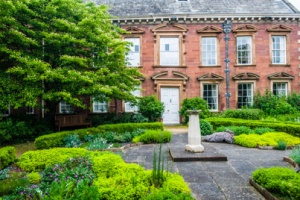 This award-winning museum traces the turbulent history of the city of Carlisle and the border regions through interactive displays and audio-visual aids. From the Roman invasion, the building of Hadrian's Wall, and the years of the Border Rievers, the museum examines the history, archaeology, and social history of the Carlisle area.

The museum focus is best summed up by the catch-phrase 'History, Art, and Nature. The history exhibits boast objects related to the Roman and Viking invaders, Carlisle during the medieval period, and the recent transformation of the city through the railway, industry, and tourism.

The second focus is Art, primarily works by artists from Cumbria, including Pre-Raphaelites like Edward Burne-Jones, and modern artists. English ceramics and costume are part of the Art focus. The art gallery houses exhibitions of fine and decorative arts, including an extensive Pre-Raphaelite collection, and changing exhibits of contemporary artists from all across the country.

Nature is represented with displays on the geology and wildlife of north-west England and the Scottish border region. One important collection looks at local insects, and another has examples of the mineral wealth of the area.

Exhibits showcase the history of Carlisle over the last century in the Carlisle Life Gallery. You can also explore the wildlife of the Eden Valley. The Carlisle galleries hold artefacts as diverse as old photos, historical costumes, information on the Carlisle Pageant, and the Blue Streak Rocket programme. Learn about local law and order, famous manufacturers like Carr's and Hudson Scot, and the 1644 Civil War siege.

The core of the museum is Old Tullie House, built in 1689, on the site of an earlier house begun in the 16th century by the Tullie family. The Jacobean origins of the building are most easily seen behind the museum, where there is a beautifully recreated herb garden and courtyard. Other surviving 17th century features from the original house include a beautifully carved oak staircase and fireplace.

The Tullie family occupied the house, known simply as White House, until the 19th century. It was then occupied for many years by the Dixon family, whose portraits can be seen on the first floor. 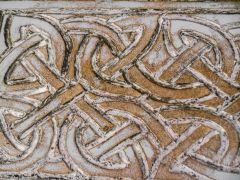 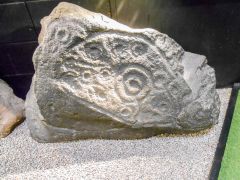 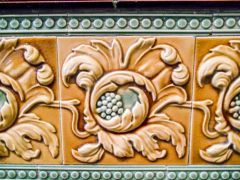 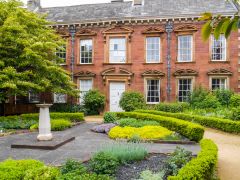 More self catering near Tullie House