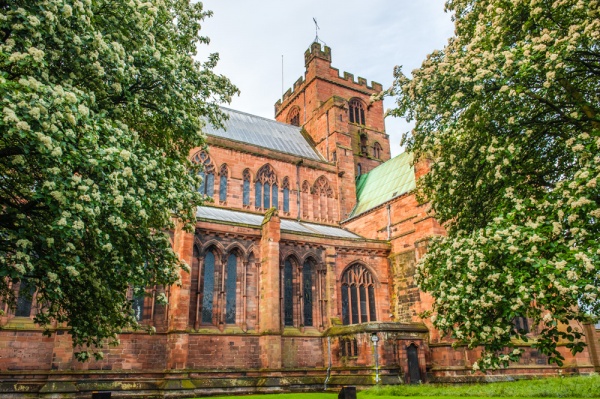 Carlisle Cathedral bears the scars of 900 years spent in this most tumultuous of regions. The exterior is red sandstone, which, with the scarred tower, has the effect of making the cathedral look more like a Border castle than a church!

The cathedral suffered badly in the Civil War, when the Scottish Presbyterian Army under General Leslie almost destroyed the nave, leaving only two bays standing. Stone from the cathedral was used to strengthen the defences of Carlisle Castle.

The cathedral dates back to a college of secular canons founded in 1092. By 1123 the collegiate church had been taken over by a priory of Augustinian canons. The priory church was raised to cathedral status a decade later in 1133. In 1541 Henry VIII formally dissolved the priory and created the 'the Cathedral Church of the Holy and Undivided Trinity', with revenue coming from the former priory's estates and the priory at nearby Wetheral.

The choir aisles are late 13th century, but the body of the choir was not completed until a century later. 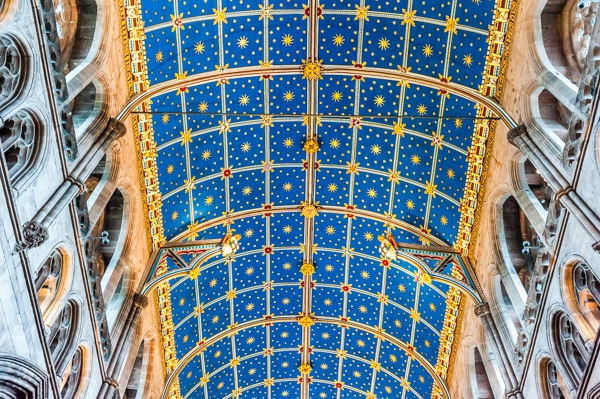 The barrel-vaulted choir ceiling is painted in vivid blue with gold trim. The ceiling timbers date to 1400, but the startling decorative painting is the work of Owen Jones, who worked under Ewan Christian in restoring the cathedral from 1853. Despite the fact that the painting is Victorian, it follows the original medieval decoration scheme and colours.

At the east end of the Choir is the stunning east window, built around 1350, and thought to be the work of Ivo de Ragheton, who was also responsible for the west front of York Minster. The window is over 50 feet high and retains some of its original 14th-century glass in the tracery at the top of the window. At the very top of the window is the figure of the Last Judgement of Christ, and in the main section below is the Life of Christ, designed by Hardman & Co and installed in 1861 in memory of Bishop Hugh Percy.

The delicate choir capitals are carved with depictions of the Labours of the Months as well as several depictions of Green Men, the ancient pre-Christian symbol of fertility and rebirth. On the south side of the Choir is the cathedra, or bishop's seat, made by the prolific Victorian architect GE Street in 1880. 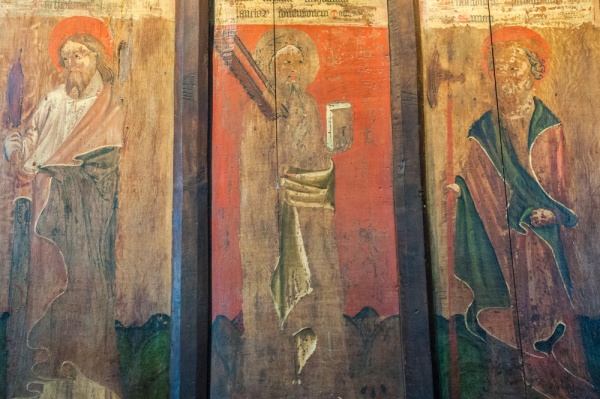 Behind the altar is the stunning Brougham Triptych, made in Antwerp around 1520. The superb carving bears the insignia of the Antwerp Guild of Woodcarvers. The intricate carvings depict the Passion of Christ, and symbols of infancy and resurrection.

The Choir seats have beautifully carved medieval misericords, or mercy seats made to help clergy who had to stand during long services. There are 46 misericords in all, some depicting religious themes, but others carved with grotesque beasts and mythical birds and animals. The misericords are thought to have been carved between 1400 and 1419. They are thought to have originally been painted gold.

The Choir stalls are backed by huge painted panels. There are four panels divided vertically into strips. One shows figures of the Apostles and the other three depict the lives of three saints; St Cuthbert of Lindisfarne, St Augustine of Hippo, and St Anthony of Egypt. The panels were painted around 1485, presumably under the orders of Prior Goundibour, for one of the panels bears his monogram. 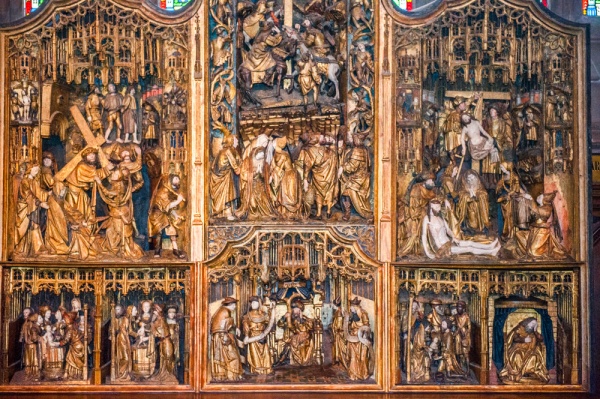 Medieval paintings in the north and south aisles and the choir represent the lives of the Apostles and saints Anthony and Cuthbert. The choir stalls and misericords are decorated with wonderful carvings dating from the early 15th century.

Also within the Cathedral is an exhibit on ‘Christianity in Cumbria’, which traces the long history of the Christian religion in the area, from the days of the earliest Celtic missionaries from Ireland. another treasure is the richly carved Salkeld Screen, so named because it bears the carved initials of Lancelot Salkeld, Dean of Carlisle from 1541. At the top of the screen are twelve carved heads, some dressed in Roman style.

In the north transept is a very touching memorial window to the five daughters of Dean Archibald Tait and his wife Catherine. The five children died of an infection within 33 days of each other in 1856. 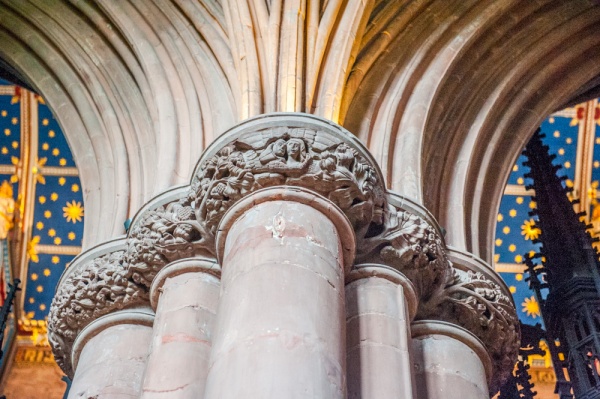 At the west end of the Cathedral is the Regimental Chapel, with a collection of regimental colours dating back to 1745. The chapel commemorates generations of the local regiment, which was transformed from its beginnings as the 34th Regiment of Foot to the Border Regiment, the King’s Own Regiment, and the present Duke of Lancaster’s Regiment.

The Cathedral boasts two rare Scandinavian Runic inscriptions. One is carved with the name 'Reginald', and the other with runes that translate as 'Dolfin wrote these runes on this stone'.

The cathedral treasury houses a permanent display of objects found during archaeological investigations on the site, including a collection of artefacts found in one of the Cathedral's wells. One artefact is a worn medieval bucket which had presumably been dropped into the well and never recovered. another find is an 18th-century Delftware pot.

The ceiling incorporates heraldic symbols of several local families, including the Dacre and Greystoke families. the ceiling is thought to have been created to celebrate the marriage of Sir Thomas Dacre and Elizabeth Greystoke. The Tower is open to visitors during the annual Heritage open days event in September.

The Cathedral Library was founded in 1691 when Canon Arthur Savage donated the collections of another Cathedral Canon, Henry Hutton. In 1702 Bishop Thomas Smith left his personal library to the Cathedral. Together the bequests of the Hutton and Smith libraries have left Carlisle Cathedral with one of the largest collections of 17th-century books and manuscripts of any English cathedral. The Library is open on regular open days and for special exhibits. 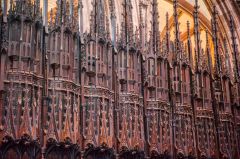 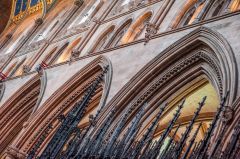 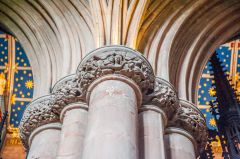 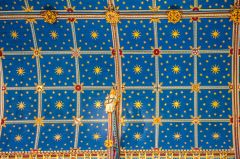 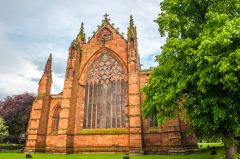 More self catering near Carlisle Cathedral