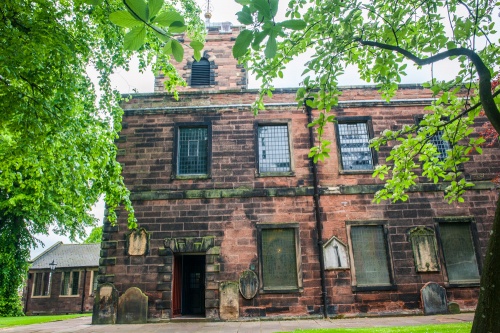 A short distance from Carlisle Cathedral stands another historic delight; St Cuthbert's church, with a history going back to at least the 7th century.

Unusually, the church is not oriented on an east-west axis. Rather it stands beside the old Roman road north out of Carlisle (now Blackfriars Street and the A6). The church layout might seem a minor detail, but it suggests that the building was founded at an extremely early date, perhaps even before St Cuthbert came to Carlisle in AD 685.

The 7th-century church was rebuilt around AD 870, and again in the late 11th century. The present church is the fourth on the site, built in 1778, and an excellent example of a Georgian town church.

Some medieval features survive, including a 14th-century window. One of the most interesting features is not medieval however, but the 18th-century pulpit, which is arranged on rails so that it can be moved. The pulpit is exceptionally high, to allow the vicar to preach to parishioners in the galleries that overlook the nave. 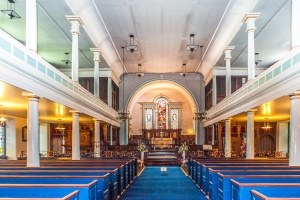 The very Georgian nave and galleries

One wall of the nave has a series of stained glass windows depicting scenes from the life of St Cuthbert. Facing these windows on the other side of the nave is a window commemorating the church's connection to Latvians who fled to Britain as refugees in World War Two and later settled in the country.

In the lobby is a framed page from the church registry recording the marriage here on 24 December 1797 between novelist Sir Walter Scott and Charlotte Carpenter. The couple were actually married in St Mary's, a church built within the nave of Carlisle Cathedral, but later torn down. St Mary's records were transferred to St Cuthbert's when the former church was demolished.

Beside the Scott marriage record is a framed fragment of a gravestone commemorating a slave named J Grencapo, who was brought to Carlisle by the vicar of St Cuthberts but died of pneumonia in 1789, at the age of just 27. Take a moment to explore the churchyard.

There are a number of 18th-century gravestones set against the churchyard wall. Some of these are to Jacobite soldiers who died in the 1745 rebellion by Bonnie Prince Charlie.

St Cuthbert's church hall, also known as The Tithe Barn, was built around 1480. It was a barn until the Dissolution of the Monasteries, and then saw service as a stable, joiner's shop, dwelling, and dispensary. It was in a desperate state of repair in 1970, when St Cuthbert's bought the building and restored it for use as a gathering place for church events.

St Cuthberts is usually open daylight hours. It is located just a few minutes walk from the Cathedral, in the historic centre of Carlisle. It is well worth a visit, even if just to see the contrast between the medieval cathedral and the very Georgian interiors of St Cuthberts. 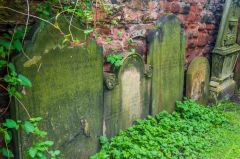 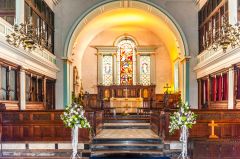 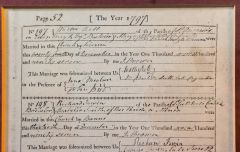 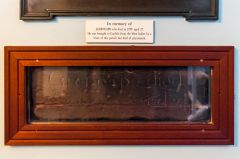