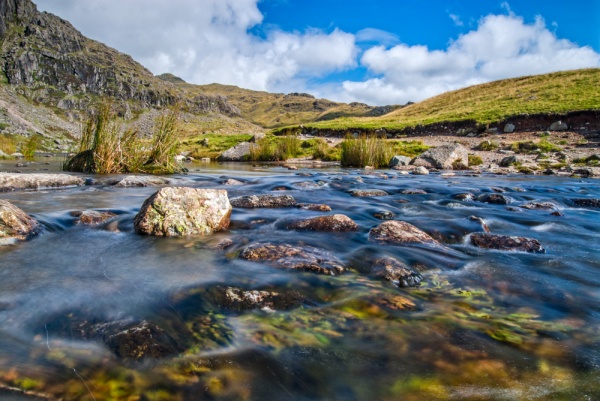 The walk from Langdale to Stickle Tarn is one of the most popular in the Lake District, and short enough to be a relatively easy outing for families.

From the Stickle Ghyll car park head up the obvious trail at the top of the parking area heading behind the National Trust pub, go through a gate. Keep the stone walls - the remains of a medieval fulling mill - on your left and you will see a bird feeding station on the right. 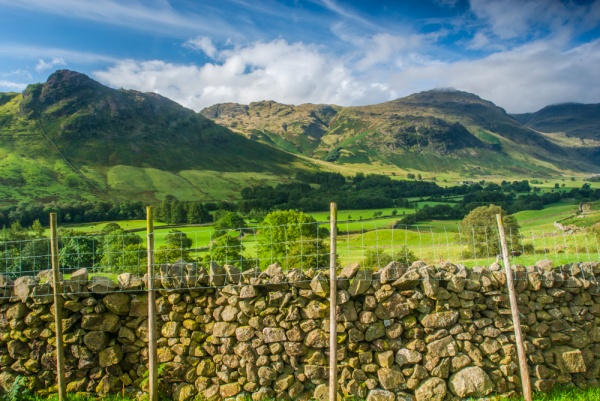 The start of the walk in Great Langdale

The trail is very clear and well marked. It heads steeply uphill over large cobbles (what the Trust calls 'stone pitching'). As you gain height the views over Langdale below are increasingly spectacular.

After about 300 metres you come to a footbridge over Stickle Ghyll, where the Trust has implemented a small-scale hydro-electric scheme, harnessing the power of the falling water to generate 'green' power.

Cross over the footbridge to the east bank of the Ghyll. The trail now starts to climb steeply, and the going is slower as you scramble around rocky outcrops. After another 400 metres you come to another footbridge and cross back to the west bank of the Ghyll. By this point, you can see the top of the climb, and the peaks that surround Stickle Tarn. 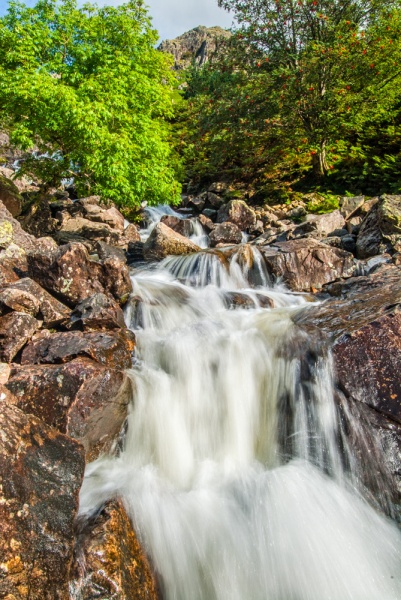 A waterfall on Stickle Ghyll

If you can tear yourself away from the views back down the trail over Langdale you eventually come to the top of the climb and emerge it the outflow of Stickle Ghyll, with the tarn spread out before you. Stickle Tarn is set in a wide bowl, with Pavey Ark and Harrison Stickle looming above. The peaks once formed part of the outer rim of a wide volcano, and the jagged rock faces make their volcanic origins very clear.

On the south side, the tarn flows almost to the lip of the valley, where the Ghyll tumbles abruptly down towards Langdale far below.

There is a footpath around the eastern side of the tarn. At the north-east corner of the tarn the trail splits. One branch heads east towards Easedale Tarn and Grasmere Common, while the other branch loops around the top of the volcano's rim, taking in Pike of Stickle and creating a circular route back down to Langdale via Dungeon Ghyll waterfall. 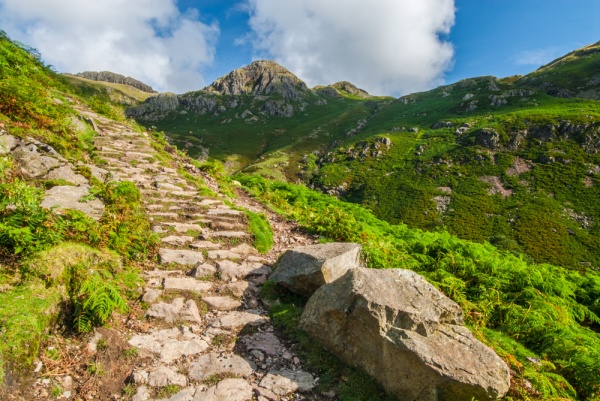 The trail climbs beside Stickle Ghyll

If you do opt for a longer walk I highly recommend a good OS map (Explorer OL6) and proper walking equipment. Most people with just relax by the tarn to enjoy the wonderful scenery, before heading down to the Stickle Ghyll car park.

The walk is fairly challenging. It should take 2 hours return - depending on how long you stop at the top - and is about 3km (1.9 miles) in total. 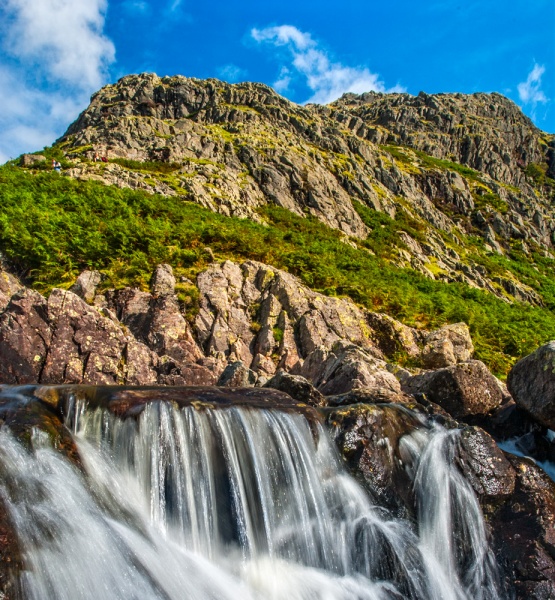 A waterfall near the top of the trail 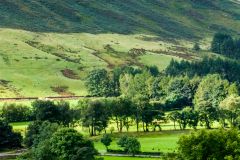 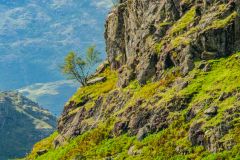 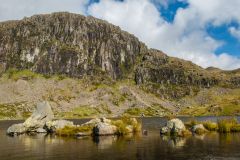 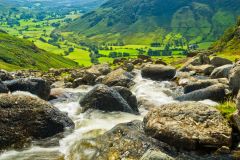