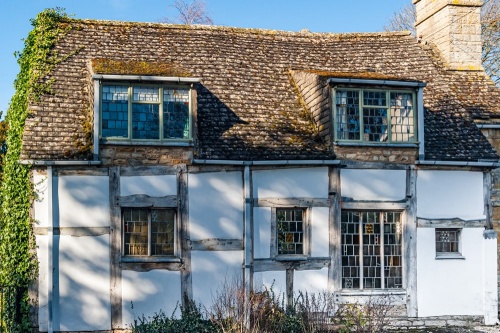 The village's location between the Cotswolds and the Vale of Evesham means that its older buildings are an attractive mix of warm-toned Cotswold limestone and the traditional red-brick more favoured further north. 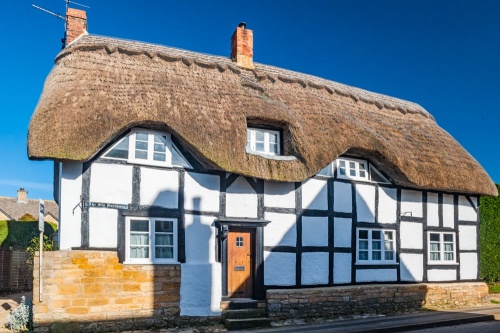 Alderton is recorded in the Domesday Book of 1086 when it was called Aldritone. At that time the manor was split; part was owned by the Crown and part by St Mary's Abbey in nearby Winchcombe.

The name Alderton translates as 'the enclosure of alders'. The village originally consisted of two small hamlets, Brentyard to the east and Polysend to the west. Until 1831 it was part of a much larger parish with the neighbouring settlement of Dixter, where the manor house stood.

Alderton stood on an old drovers' route between Hereford and London. Close to the Gardener's Arms pub stood 'the pound', an area for keeping livestock in transit to market. Alderton grew, in part because the underlying soil is sandy, allowing wells to be dug for fresh water supply. Local sand and gravel were quarried for road building, but for the most part, Alderton was a centre for farming. 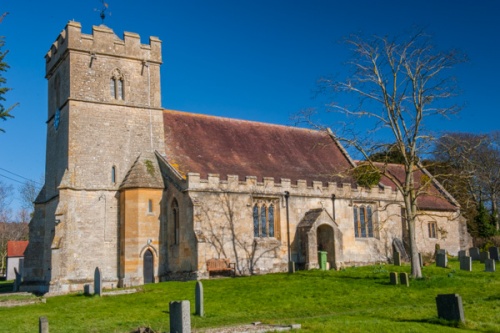 The parish church of Alderton began in the Saxon period as a chapel under Winchcombe. It was not until 1283 that the first rector of Alderton was appointed, and only in 1379 were Alderton parishioners allowed to be buried in St Margaret's churchyard.

The church we see today dates mainly from the 14th century, and was comprehensively restored in the late Victorian period.

Historical highlights include a broken font bowl dating to the Saxon period, now stored in the porch. Fragments of Norman stonework are incorporated into the south chancel wall. Look for a 14th-century statue of St Margaret of Antioch, to whom the church is dedicated, and a 14th-century canopied niche behind the pulpit. 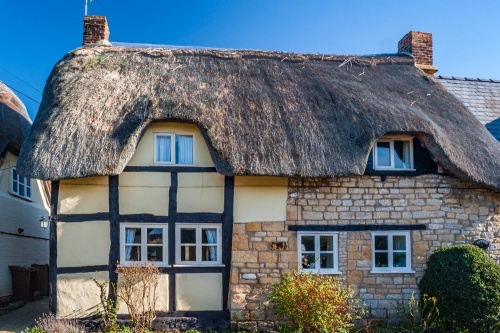 Alderton is blessed with an exceptional number of attractive old cottages, many of them thatched and timber-framed and most clustered around the church or strung out along Beckford Road.

Among the most interesting is Church Cottage, just outside the churchyard. The cottage was home to the diarist Bertha Nind, who lived here from 1901 to 1912. Nind's account of daily life in a small Gloucestershire village, 'The Diary of an Alderton Girl', is still available today.

Technically part of Alderton parish but actually located in rural isolation a few miles to the south-west is Dixton Manor, a Tudor house built in 1555 by John Higford. Apart from the church, Dixton Manor is the only building in Alderton to be listed Grade II* by English Heritage. all the other historic buildings are listed Grade II. 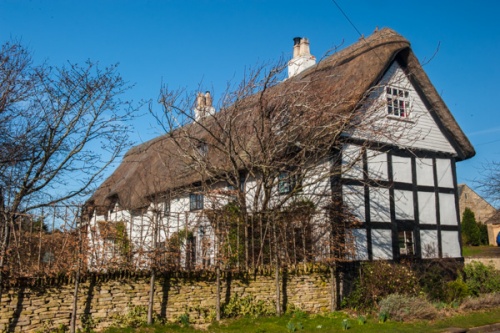 On Church Road is the delightfully-named 'Crooked Beams', a 17th-century timber-framed cottage under a tile roof, while further along the lane are three thatched cottages dating to the middle of the 17th century.

On School Road, near the school, is a late 17th-century timber-framed barn, while at 16 School Road is an attractive timber-framed cottage with brick infill dating to the mid 17th century. Set into the gable end is a datestone inscribed 1717 but this seems likely to be from a later rebuilding. 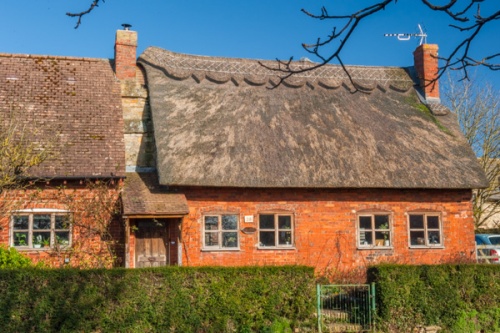 The village pub (thatched, of course) is the Gardener's Arms on Beckford Road. Opposite the inn is perhaps the prettiest cottage in Alderton; The Old Bakehouse, built in the middle of the 16th century and sporting a thatched roof with decorative ridge thatching.

Alderton is on a minor road just off the B4077 about three miles north-west of Winchcombe. We had no trouble finding parking along the village streets.

More self catering near Alderton

More bed and breakfasts near Alderton