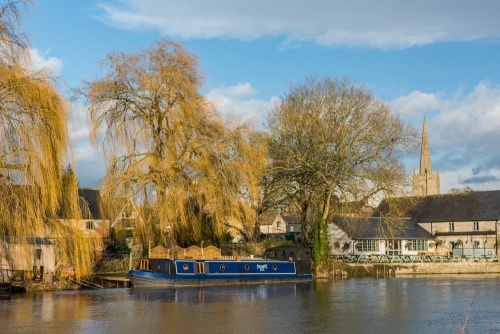 Located at the very southern border of Gloucestershire, Lechlade is built on the north bank of the Thames. The river here is wide and slow-moving, making Lechlade popular as a spot to hire boats for gentle outings and longer excursions.

There are riverside pubs where you can sit and watch the swans float by, or walk along the Thames past moored narrowboats to St John's Lock, the highest lock on the Thames, to watch the boats pass through. The lock is named for St John's Priory, which was established here in 1275, only to be dissolved in 1472 by Edward IV. 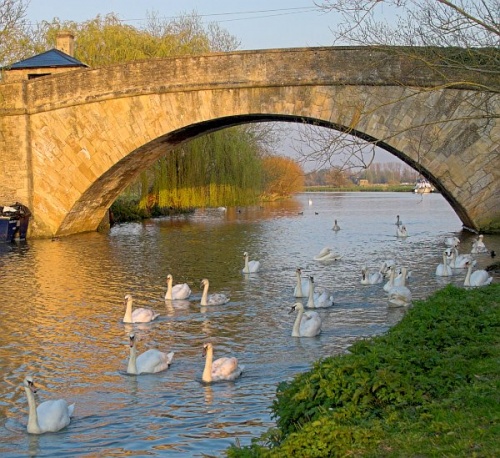 Beside St John's Lock is the statue of Father Thames, the iconic image of the famous river that flows from the fields near Cirencester to the sea. The statue was crafted by Rafaelle Monti for the Great Exhibition of 1851, and for many years stood beside the traditional source of the Thames at Trewsbury Mead near Kemble, but it was moved to its present location in 1974.

The A74 crosses the Thames at Lechlade over Halfpenny Bridge, so named because it was formerly a toll-bridge, and users had to pay a half penny to cross. The old toll house still stands on the north side of the bridge.

The most notable landmark in Lechlade is St Lawrence Church, whose slender spire can be seen for miles across the Thames-side meadows. St Lawrence has a literary claim to fame, for it was here that poet Percy Bysshe Shelley composed 'Stanzas in a Summer Evening Churchyard'. Shelley's poem is inscribed on a stone at the churchyard entrance.

The church itself is primarily 15th century, and is well worth a visit. In the 13th century, St Lawrence was one of the few English churches with the right of sanctuary (if a criminal reached the church they could not legally be arrested, though they could be forced to leave the realm). The church was almost entirely rebuilt in Perpendicular style in 1476, with the aid of money from the sale of the Priory of St John.

The town name 'Lechlade' was formerly spelled 'Letchlade', and that is how the name is pronounced today. 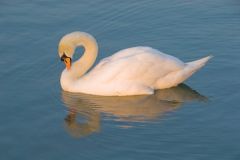 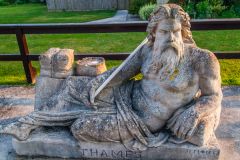 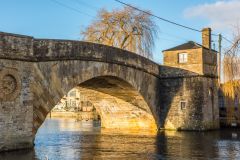 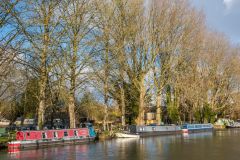 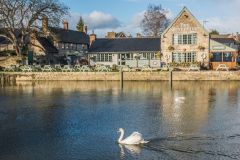 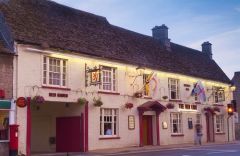 More self catering near Lechlade

More bed and breakfasts near Lechlade