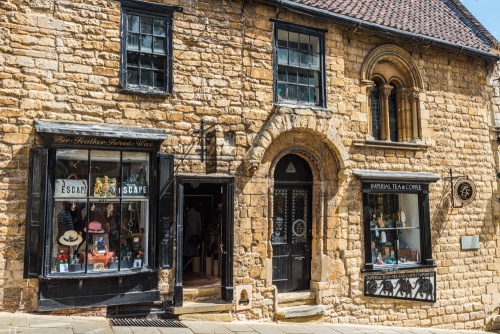 This lovely medieval building stands near the top of Steep Hill, just below the Cathedral. It dates to between 1170 and 1190 and boasts the rounded Romanesque doorway arch so typical of this time period.

For many years the house was known as 'Aaron's House', for it was thought to have been the home of Aaron of Lincoln, a wealthy Jewish moneylender, who advanced large sums to the nobility, including the king.

Aaron loaned money to help build some of the finest English cathedrals, but on his death in 1186 King Henry II took over his estate, which effectively meant that the king was owed enormous sums of money, a fact which brought a lot of church property at least nominally under royal control. More recent research suggests that Aaron did not, in fact, live here, which is why the name has been altered the Norman House. 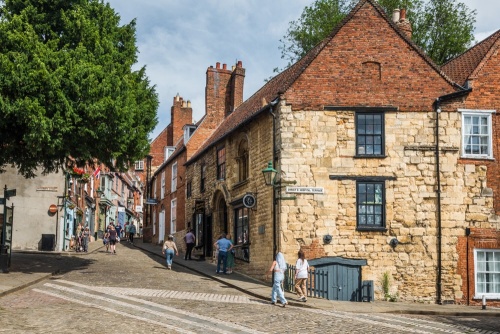 A few steps away are marker stones denoting the boundary between the territory administered by the city council and that ruled by the castle constable. There was a strict curfew imposed on citizens of Lincoln, who were not allowed inside the constable's territory after dark.

Do not confuse Norman House with Jews House, a similar building built at roughly the same time, which is located a few hundred yards further down Steep Hill.