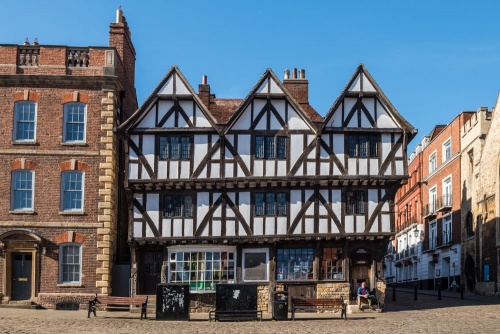 Leigh-Pemberton House is a lovely half-timbered house on historic Castle Square in Lincoln. The house was built around 1543, directly over the old Roman Ermine Street. It was originally a wealthy merchant's house and later became an inn.

From 1899-1979 it served as a bank, during which time it was restored by the National Provincial Bank to its current state. The building was eventually given to the city of Lincoln by the governor of the Bank of England, Sir Robin Leigh-Pemberton.

The house is now the home of the Lincoln Tourist Information Centre. It is only a few steps away from the main entrance to Lincoln Castle, and in the other direction, to the Lincoln Cathedral precinct.

More self catering near Leigh-Pemberton House