HERITAGE HIGHLIGHTS:   Tombs of the Spencer family of Althorp 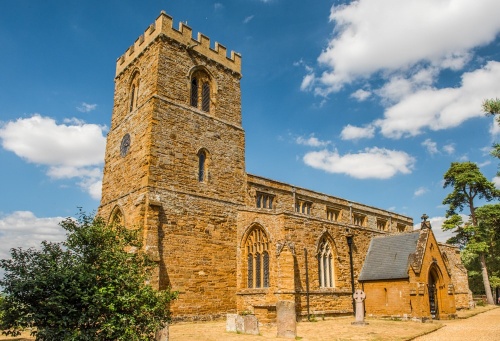 The church of St Mary (or, to give it its full dedication St Mary the Virgin with St John) in the attractive village of Great Brington is forever intertwined with the Spencer family of nearby Althorp Park. Though modern visitors may be most familiar with the Spencers for their association with Princess Diana, the Spencers have held Althorp for centuries, and generations of Spencers are buried inside the church.

Great Brington's church dates to about 1200 and probably stands on the site of an earlier timber church which burned down. There was major rebuilding in the 14th and 15th centuries, and in 1522 John Spencer of Althorp had the chancel and north chapel rebuilt, in part to provide a suitable place for his family tombs.

Beneath the east window is the tomb of Sir William Spencer (d. 1532), who lies on a plain tomb chest decorated with quatrefoils. Another highlight is the memorial to John Spencer (d. 1783), sculpted by Joseph Nollekens from white marble. Pevsner called the Spencer Chapel 'one of the great storehouses of costly and self-confident monuments of the 16thc., 17thc. and 18thc.' 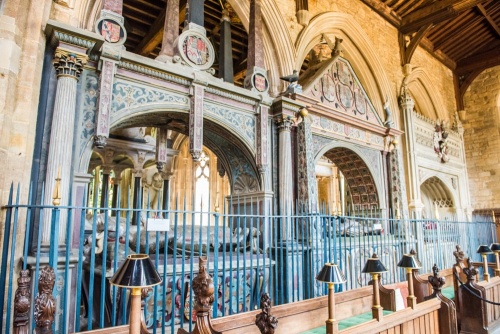 The church underwent a final restoration at the hands of Edward Blore in 1846. Blore was a firm friend of Lord Althorp, son of Lord Spencer, and Althorp had helped get Blore the contract to finish Buckingham Palace after John Nash was dismissed, and Blore was a natural choice for the family when they decided to restore the family tombs at Great Brington.

Just as interesting, especially for American visitors, is a worn grave slab in the chancel. The slab commemorates Lawrence Washington (d. 1616), a direct ancestor of George Washington, first President of the United States.

The heraldic shield on Washington's grave lab shows the Washington coat of arms with alternating rows of stars and stripes, the model later used by George Washington for the American flag. In the nave is another Washington grave slab, this time to Robert Washington (d. 1622). 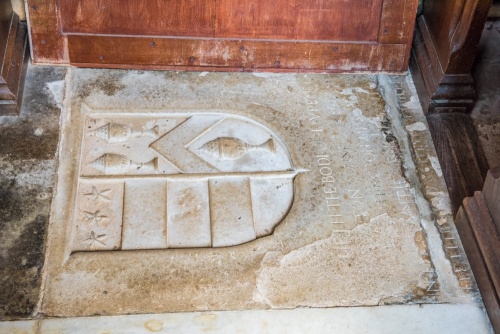 Not all the, er, rather odd theories surrounding Princess Diana relate to the circumstances of her death. Persistent rumours - unsubstantiated I hasten to add - relate to her burial.

The official version is that Princess Di was buried on an island in Althorp Park, and visitors to Althorp flock here each summer to see the island site. However, there is another version of the princess's burial which suggests that she was secretly cremated and her ashes interred in the family chapel at Great Brington church.

Conspiracy theorists point to an area of wet concrete that appeared in the chapel at the time of Diana's burial, and a sighting of smoke from the chimney of a local crematorium in the middle of the night.

The crematorium rejects the sighting, and one simple explanation for the concrete is that the original plans were for her to be buried with her ancestors, then the Earl changed his mind and the island plan was selected instead. Even local people are divided over which version of the story is true, but in the end, St Mary's is worth visiting in its own right, irrespective of which particular Spencers are buried here! 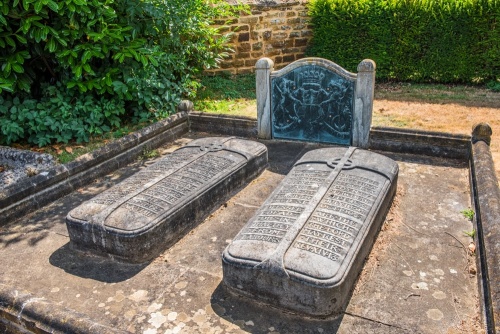 Interior features include 14th-century arcades of six bays and a 13th-century font made of Purbeck marble. This is a plain tub shape on a chunky round shaft decorated with nailhead and vertical rows of dogtooth design.

The west tower dates to the 13th century, though the battlement is a later addition. The building stone is rough course stone, but the chapel and eastern end are of ashlar. Set into the outside of the church is a tomb niche, offering a little bit of protection to a worn medieval effigy on a slab.

Just west of the church is a worn and weathered preaching cross set upon a stepped pedestal base. The cross dates to about 1300.

St Mary's does appear to have limited opening times, which is a real shame for a church with such a long and important heritage. 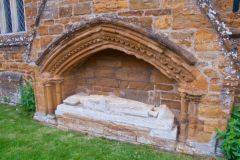 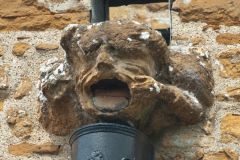 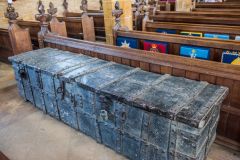 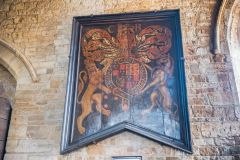 More self catering near Great Brington

The Granary at Fawsley - 8.5 miles
Daventry, Northamptonshire
Stay from: £50.00