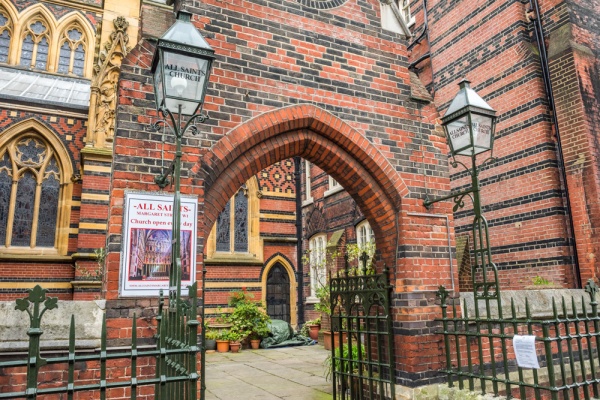 All Saints Margaret Street is a Victorian Gothic masterpiece executed by William Butterfield beginning in 1849. Butterfield was a devout Catholic with strong views on church architecture, and in All Saints he found a perfect canvas to express his religious and architectural creativity.

The church was funded by a wealthy businessman, AJ Beresford Hope, who handed Butterfield the unenviable task of cramming a church, clergy house, and choir school into a narrow city plot, bounded on three sides by neighbouring buildings. Not only that, but the church buildings had to express the flowering Tractarian ideals then so prevalent in Britain.

Butterfield succeeded brilliantly; All Saints is probably the most influential urban church built in the Victorian era. In his design, Butterfield drew heavily on Gothic themes and work by AW Pugin (best known for his work on the Palace of Westminster).

All Saints opens onto Margaret Street by way of a small courtyard, entered through a pointed arch. The building exterior is of red and black bricks, pierced by small, randomly spaced windows. The church achieves its powerful emotional effect by dint of sheer height of the strong tower, which soars upward in imitation of Perpendicular Gothic style. 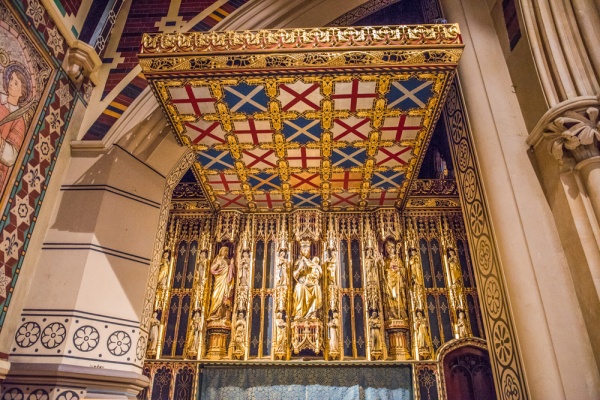 The side altar and canopy

The Tractarians believed that the exterior should be plain, unadorned, and time and money lavished to create an evocative interior. Influenced by the writings of John Ruskin, Butterfield set about to show how a relatively gloomy interior could be made to shine with colour through use of chequered patterns, polished granite piers, coloured tiles, rich stained glass, and a painted reredos by William Dyce, who is best known for his frescoes in the Palace of Westminster based on the tales of King Arthur.

Butterfield's aesthetic tastes changed over the years it took to finish All Saints, leading to arguments with the patron, Beresford Hope, who felt that his architect was deviating from the original vision. That said, the overall effect of All Saints is glorious, though not always harmonious, Victorian idealism realized.

As you walk down Margaret Street from the west you think perhaps you've mistaken the address, for the church is invisible until you are almost on top of it; set back in its own little courtyard and surrounded by high buildings on three sides. Even the striking tower is hardly to be seen from the street until you are facing the entrance.

By contrast to the courtyard with its subdued patterns of bricks, the interior is dimly lit, but once your eyes adapt to the dim light you realise you are standing in a special place, a place of rich colours and ornate patterns of polished stone and mosaics. The decorated arcades are muted by comparison to the mosaic scenes that take up the entire north, south, and west walls.

The pulpit is a stunning example of High Church Victorian decoration, with multi-coloured stone and marvellous carving. The entire decorative scheme is designed to draw your eye towards the high altar and the stunning reredos by Dyce. This truly is a magnificent work of art, one of the best pieces of Victorian church decoration in England.

All Saints is a place you will want to sit and soak up the ambience.

One thing we really enjoyed was that the parish has decided to make the church a space for street people to shelter. There were several people sleeping on rather uncomfortable looking pews at the back of the church. Yet it didn't feel like we were intruding into their shelter, rather it made the church feel very welcoming and a pleasant place to be, a city centre church that is a place of worship, a magnificent work of art, and plays an important role in looking after the local community. 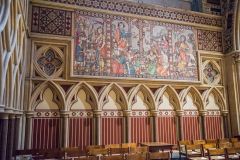 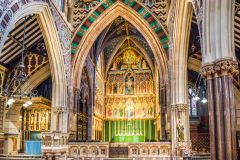 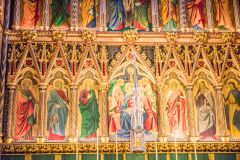 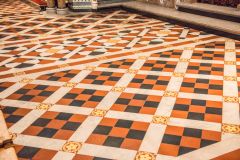 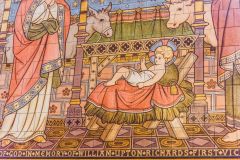 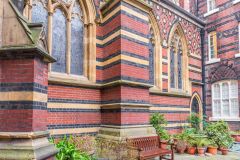 More self catering near All Saints, Margaret Street

More bed and breakfasts near All Saints, Margaret Street