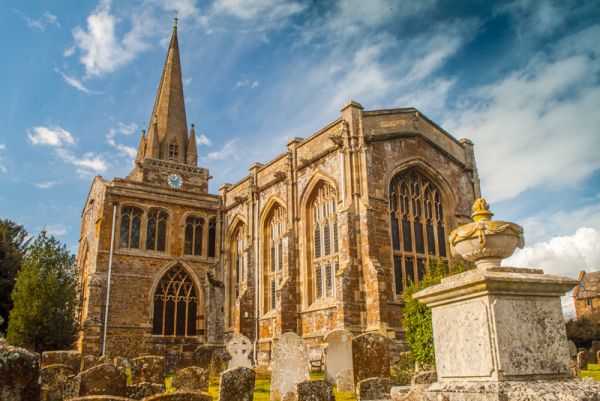 Quite why Adderbury's parish church is not better known is a mystery; it is without question one of the more enjoyable churches I've had the pleasure of visiting. The oldest parts date to the 13th century, but most of the current church is 14th century.

The real joy of Adderbury is the wealth of wonderful carvings that decorate the building inside and out. Gargoyles and grotesques abound, with mythological figures of animals and humans, lords and ladies.

There was a late Saxon church at Adderbury, and the village was part of a large royal estate by the 11th century. A 13th century Bishop was later to claim that King Athelstan had granted the church at Adderbury to the See in 1014. Sometime around 1250, the church was completely rebuilt, with the transepts and nave arcades remaining from the 13th-century building.

Much of the remainder is the result of further work in the 14th century, which included widening the aisles and raising the nave roof and transepts. In 1408-1418 New College, Oxford University, built the chancel in honour of William of Wykeham, Bishop of Winchester and founder of the college. Wykeham's head and coat of arms are above the east window. 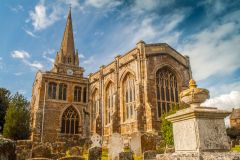 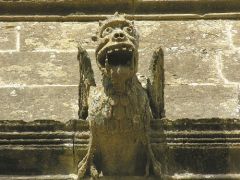 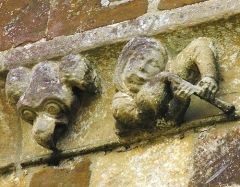 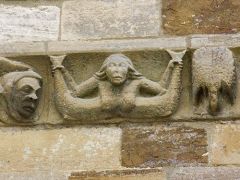 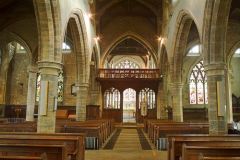 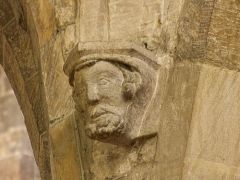 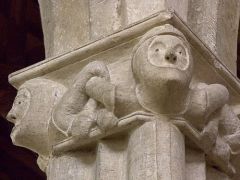