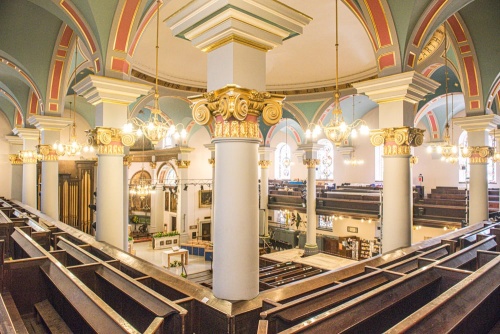 St Mary's Church is an exquisite Georgian building, completed in 1797 to replace an earlier medieval church on the same site. It is the largest Georgian church in England and among the largest from any period. The medieval building it replaced was, however, even larger! It is the only Grade I listed building in Banbury.

St Mary's was begun in 1790 to a design by the architect Samuel Pepys Cockerell (1753–1827) who is best known for his work at Sezincote House in Gloucestershire. Pepys was, as his name suggests, the great-great-nephew of the famous diarist Samuel Pepys.

So large was the building that the portico and the striking tower were not finished until 1821, though the building was consecrated in 1797. The church originally had galleries on all four sides of a square nave, in keeping with Georgian style. 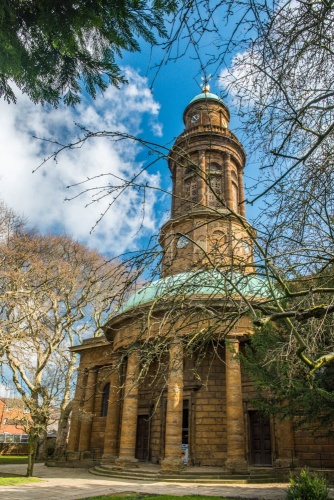 The portico and elegant three-stage tower were added in 1818 by Cockerell's son Charles Robert Cockerell RA (1788-1863).

The interior was remodelled by Arthur Blomfield, beginning in the 1860s, when the apse was added and the chancel was raised to the full height of the nave. The result is an opulent, richly coloured space with vivid stained glass and beautiful wall paintings. The chancel and nave are supported on huge Ionic columns.

Perhaps the most striking wall painting is the ceiling of the domed apse, over the high altar, which depicts the Vision of the Throne of God from Revelations, Chapter Four. Over the altar itself are figures of the Apostles and their traditional symbols.

The stained glass is superb, especially the glass over the galleries at the eastern end of the nave. Here there are two banks of windows. The lower bank illustrates ten of Jesus's parables while the upper bank depicts 30 scenes from his life. 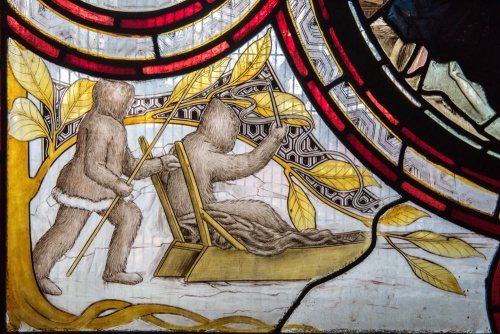 Detail from The Arctic Window

One window in particular is worth mentioning. It is the upper window on the north wall, which is dedicated to the Arctic explorer Admiral Sir George Back (1796-1878) and depicts sketches from Back's notebook showing his ship, the HMS Terror, caught in the ice.

Back helped explore and map the Canadian Arctic, first serving under Sir John Franklin and later leading the search for Franklin after his disappearance.

On the left side of the church is the Resurrection Chapel, home to war memorials and a Lamp of Brotherhood. This was brought to Banbury in 1964 from Monte Cassino in Italy and is one of just 84 in the world.

Another highlight is the organ, built by Byfield and Company in 1765 for the medieval church. 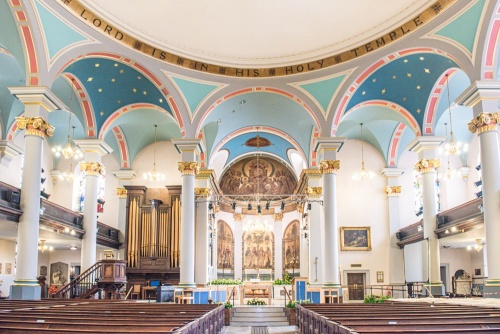 In the nave is a pair of marble memorials to members of the Pigott family, and to the Reverend Henry Back, who was responsible for the Victorian remodelling of the church interior. Set on the west wall is a memorial to 17 local men who died in the Boer War. In a glass case is an early Bible, saved from the medieval church.

St Mary's has an unusual claim to literary fame. It was in the churchyard here that the author Jonathan Swift was inspired to name the hero of his novel Gulliver's Travels after he saw the name Gulliver on several monuments.

St Mary's Church is a delight. The interior is simply stunning, a sumptuous mix of Georgian and Victorian High Church style, with exceptional furnishings, wall paintings, and stained glass. 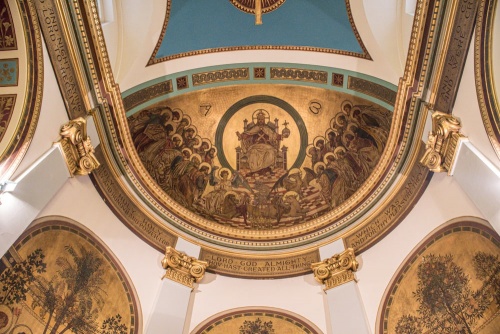 Ceiling of the domed apse

St Mary's Church is on Horse Fair, in the town centre. There are parking spaces on Horse Fair and South Bar Street. The church is easily reached on foot from the High Street area. It is normally open to visitors during daylight hours and was open when we visited. 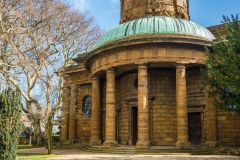 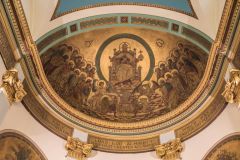 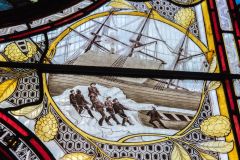 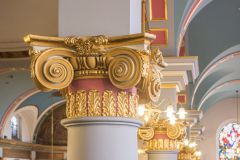 The Granary at Fawsley - 12.1 miles
Daventry, Northamptonshire
Stay from: £50.00