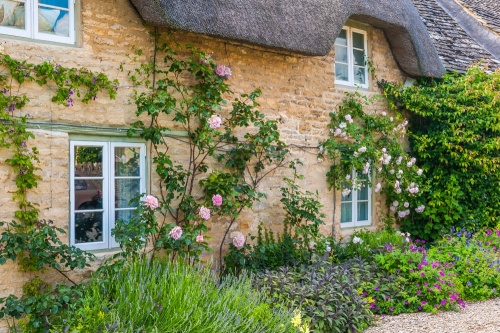 One of the prettiest of the Oxfordshire villages. Minster Lovell lies on the sleepy River Windrush a few miles west of Witney.

There are essentially two Minster Lovells; the upper or southern section, along the B4047, with newer houses and a pub, and the charming lower section along the river valley. Here you will find thatched cottages and medieval almshouses ranged along quiet lanes. Everywhere is a sense of timeless calm.

There is a lovely three-arched bridge across the river and a large village cricket ground beside the water. A short walk from the cricket ground brings you to the 14th-century church of St Kenelm, and behind it, the ruins of Minster Lovell Hall (English Heritage).

There was a manor house here as early as the 12th century, but the extensive remains that can be seen today date primarily from the house built for William, the 7th Baron Lovell, in the 1430s. 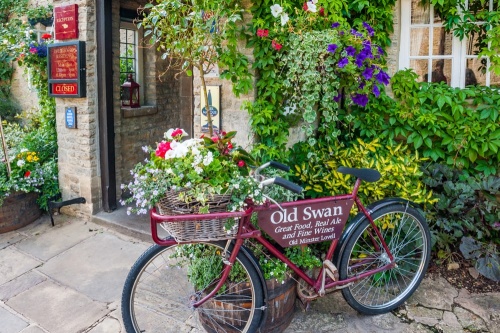 A dovecote and farm buildings built at the same time adjoin the ruins of the Hall. A lovely circular walk of approximately 3 miles in length is signposted from the Hall, following the Windrush valley towards Witney and then veering off to Crawley before returning to Minster Lovell.

There was a church in Minster Lovell as early as the 12th century, but Lord Lovell rebuilt it at the same time as he created the new hall. His alabaster tomb and effigy lie in the south transept. Other historical highlights include a 15th-century font, fragments of medieval glass, and late medieval benches in the nave.

Opposite the church is Manor Farmhouse, incorporating parts of a 12th-century chapel dedicated to St Cecilia. On the Main Road is The Old Post Office, a 17th-century stone cottage with a thatched roof. At the western end of Main Road is The Old Swan, a hotel dating to the early 17th century with a timber-framed Tudor cross wing to the west. Outside the inn is the base of a late medieval cross. 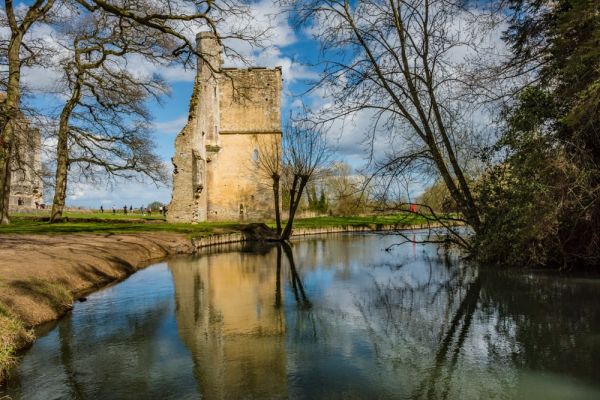 Minster Lovell was recorded in the Domesday Book of 1086. The village name refers to a time in the Saxon period when a minster church stood on the site of the present parish church. A minster was a mother church for a region, suggesting that Minster Lovell was an important place at the time. The minster's territory included Eynsham, Bampton, and Shipton-under-Wychwood.

By the 9th century there was a settlement here linked to the royal house of Mercia. The dedication of the church to St Kenelm (Cynehelm) bears out the royal connection, for St Cynehelm was the Mercian royal saint.

Sometime before 1718 a gold and enamel disc 9th-century brooch, known as the Minster Lovell Jewel, was found locally. This ornate jewel is similar in style to the famous Alfred Jewel and, like the Alfred Jewel, is on display at the Ashmolean Museum in Oxford. Its presence here strongly supports the royal Mercian link to the village.

The Lovell part of the village name was added in the 13th century and refers to the Lovell family, who held the manor for several centuries.

The manor of Minster Lovell grew to include land in Chadlington, Chilson, and Shorthampton, and by the Tudor period the parish extended to include the hamlet of Little Minster, immediately west of the old village centre.

The course of the Roman road known as Akeman Street passes through the northern part of the parish. On the ridge south of the river (the route now taken by the B4047) ran the old road from Burford to Witney. This road was turnpiked as early as 1751, with a turnpike gate near where the White Hart Inn now stands. The turnpike was removed in 1870, though the toll house was not torn down until 1956.

The bridge that links the old village to the new stands on the site of an ancient ford. There was a bridge here as early as 1197. It was replaced by the present three-arched bridge in the post-medieval period. 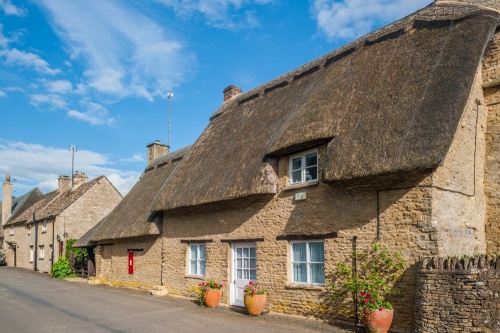 In 1847 the Chartist leader, Feargus O'Connor, established a new settlement to the south of the parish, on the high ground overlooking the valley bottom and the river. This new intentional community was called Charterville.

O'Connor created a community of 90 small farms, each allotted either two, three, or four acres of land. Farmhouses were built to a standardised one-storey design. You can still see the thin rectangular farm allotments on modern OS maps of the area. 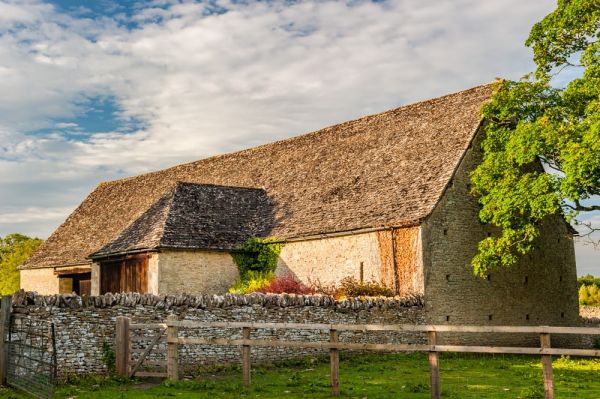 Our family has visited Minster Lovell on numerous occasions and I've always found it one of the prettiest and most enjoyable villages in the Oxfordshire Cotswolds.

Sitting amid the ruins of Minster Lovell Hall on a long summer's evening, with the River Windrush gently flowing past and a gentle breeze stirring the leaves in the trees along the river, it is hard to imagine a more peaceful, timeless piece of traditional England. 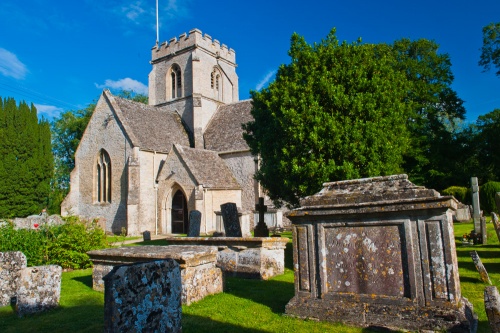 As mentioned above, Minster Lovell is a village in two distinct sections. The newer section lies on the B4047 immediately west of Witney. There is access off the Asthall roundabout on the A40 or off Tower Hill (the A4095) in Witney. The old section of the village is signposted off the B4047 as Old Minster, with brown tourist signs for Minster Lovell Hall, The Mill, and Old Swan. 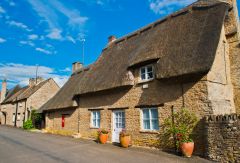 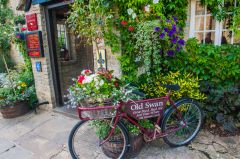 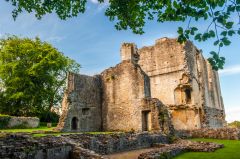 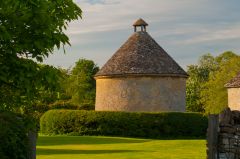 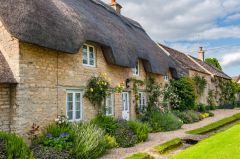 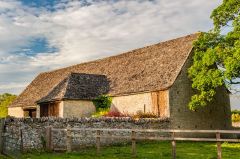 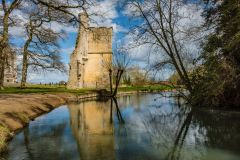 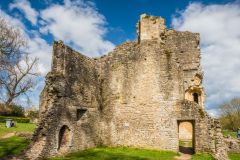 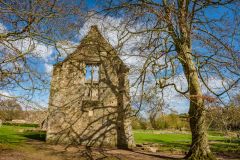 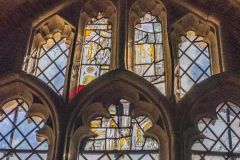 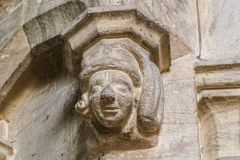 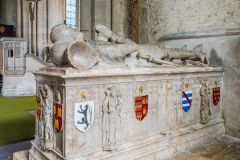 More self catering near Minster Lovell