HERITAGE HIGHLIGHTS:   A Saxon church atop a Roman temple 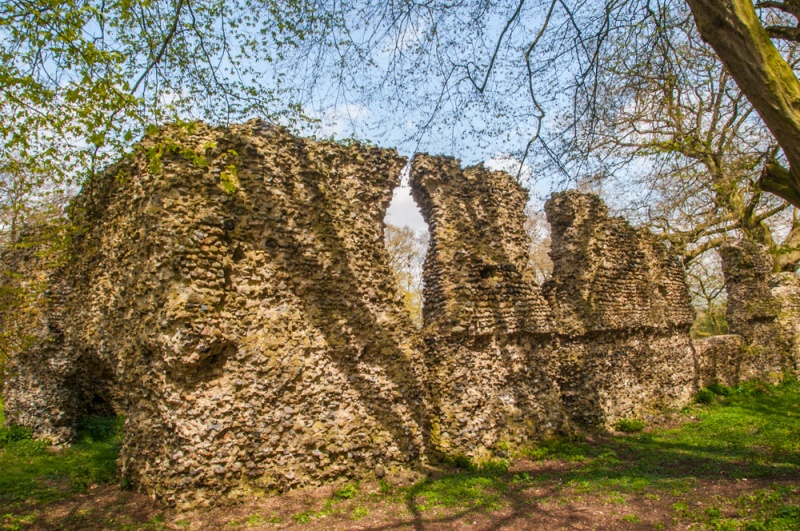 In quiet farmland south of the River Waveney lie the six South Elmham villages, each named for a different saint. Just south-east of St Margaret South Elmham is the intriguing remains of a private chapel, probably built for the Bishops of Norwich, whose moated palace stands just to the north.

However, the history of the site is unclear, and various theories have been suggested to explain the remains, which have variously been described as a castle, cathedral, chapel, church, and temple. One popular theory is that the ruins are those of a Saxon minster church, built as early as AD 630, when the estate was given to Bishop Felix, the first bishop of East Anglia.

Even more intriguing is that the ruins are built upon a Roman structure, probably a temple, though nothing of its history is known.

Felix established his see at a place he called Dummoc, which may have been Walton Castle, or perhaps Dunwich. His successors as bishop called themselves Bishops of Elmham, but whether this refers to North Elmham in Norfolk or South Elmham in Suffolk is not known. 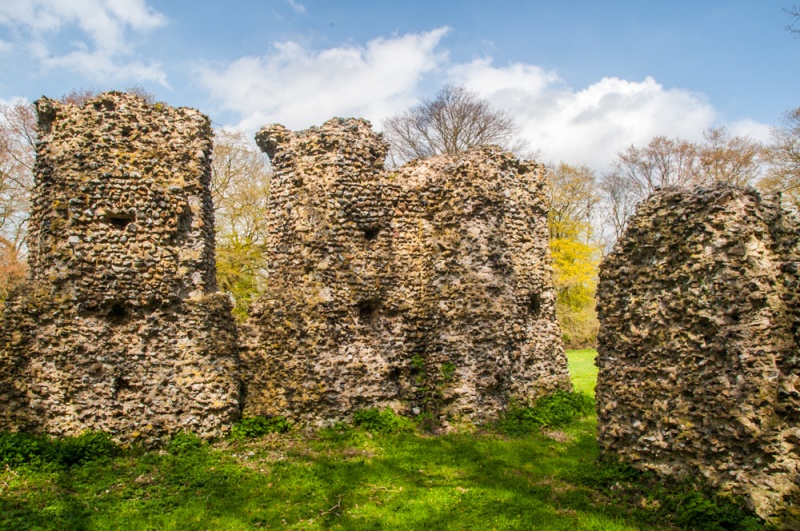 What we do know is that during the late Saxon period the Bishops of Norwich, where the see eventually ended up, had a summer retreat at South Elmham. The remains of the moated bishop's palace are just a short stroll from the Minster ruins. The present South Elmham Hall formed a part of the bishop's palace.

So it seems that the Minster was not a Saxon cathedral, but was it even a minster? A minster church was a mother church for a region, with daughter churches scattered over the surrounding area. Think of it as a mini-cathedral, administering a small region. It seems unlikely that this was true at South Elmham, since it lies just 15 miles from Norwich, so there would be no need for a minster church.

A more likely answer is that it was a private chapel, built around the year AD 1100 by Herbert de Losinga, the first Bishop of Norwich. If true, it almost certainly stands on an earlier Saxon building, itself built atop a Roman temple. So here we have at least three sites in one, with a history spanning almost 1000 years. It is possible that there was a small monastic community here after the Bishop's Palace was built. What we do know is that sometime in the 13th or 14th century the site fell out of use and the Minster decayed into a ruin. 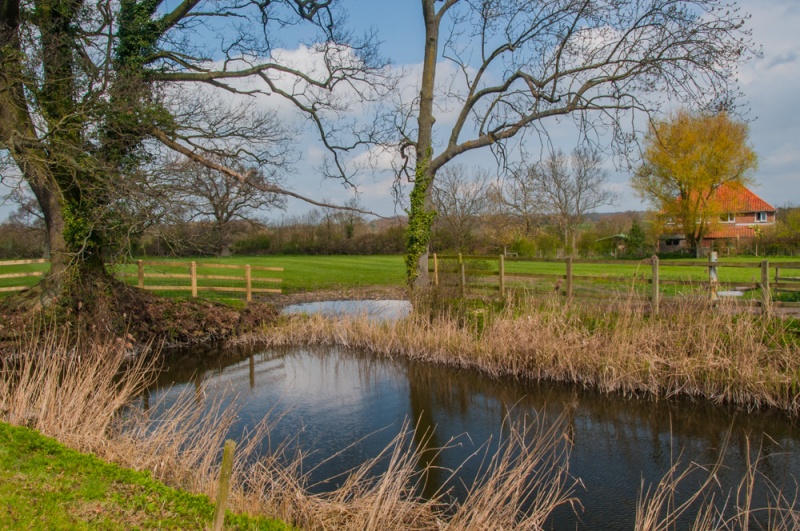 The layout of the Minster is like an elongated rectangle laid out on an east/west axis, with a semi-circular apse at one end and a vestibule, or narthex, and the western end. The chancel walls are little more than foundations, but the nave walls rise to over four metres in places. The walls are entirely of stone rubble, with dressed stone quoins visible only below ground level. The only entrance is at the west end. There is evidence of small, deeply splayed windows placed very high on the side walls.

The ruins are retained within a large earthwork which appears to predate the Minster itself. The earthworks are roughly 130m square, with a ditch 10m wide and 2m deep, with a bank on the inner face made from earth removed from the ditch. Four causeways cross the earthworks, though these may have been added later.

The most unusual feature is a stone partition wall dividing the nave into two unequal parts. One theory is that this partition divided the nave from the sanctum sanctorum, the holiest part of the church. So the church as a whole was divided into three sections, with arches between them, so that worshippers moved from the entrance, through areas considered more and more sacred, until they entered the easternmost sanctum.

In the Victorian period the owner of South Elmham Hall, one George Durrant, excavated the Minster site to a depth of five feet. He found nothing beyond a few bones and some old keys, but he did discover that the Minster walls were fully five feet wide at foundation level.

Victorian historians considered that the site could not have been connected with Bishop Herbert's palace, because the area immediately beside the Minster shows no evidence of any other building.

Local farmers told the historians that they often ploughed up urns filled with burnt bones and ashes, suggesting that the minster stands on the site of an early pagan temple, though modern historians think this points to a Saxon cemetery.

It would be realistic to assume that early Christians would erect a church on a spot already considered sacred, and the Romans were known to do the same thing. It is fascinating to consider whether the ruins of South Elmham Minster may stand on a Roman temple which itself stands on an earlier native British pagan holy site.

The Mister is very easy to reach, via footpaths from behind the moated remains of the bishop's palace, now occupied by South Elham Hall. The trail leads through pleasant woodland, until you see the ruined rubble walls ahead of you, surrounded by trees. This is a peaceful, magical place, with an indelible sense of history. 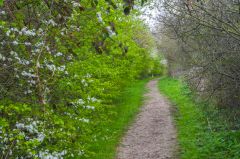 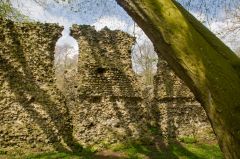 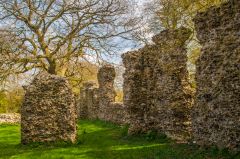 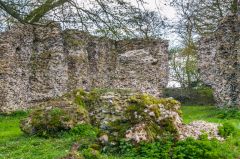