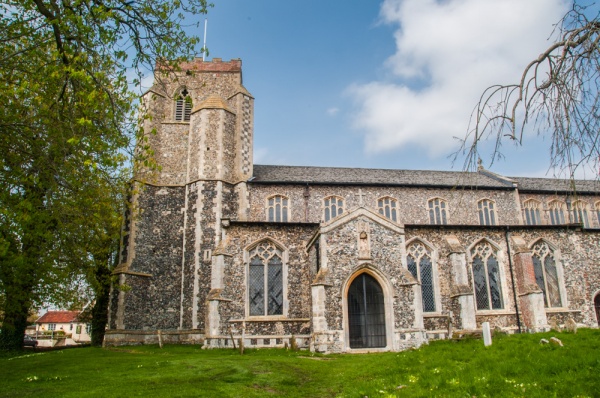 The story of Wingfield, Suffolk, is the story of two powerful families; the Wingfields and the De la Poles, Earls of Suffolk. The church of St Andrew is closely tied to both families and stands near Wingfield Castle, home of both families over the centuries.

St Andrew's was begun in its present form by Sir John de Wingfield in 1362, as a collegiate church, that is, administered by a college of priests rather than placed under the care of a rector. Sir John's tomb lies within the chancel that he built, and there are later memorials to generations of Wingfields and De la Poles.

The college chaplains were required to say Mass daily for Wingfield's soul, and to provide parish priests for Wingfield and the surrounding parishes. The college also had an educational function, preparing students for university entrance. 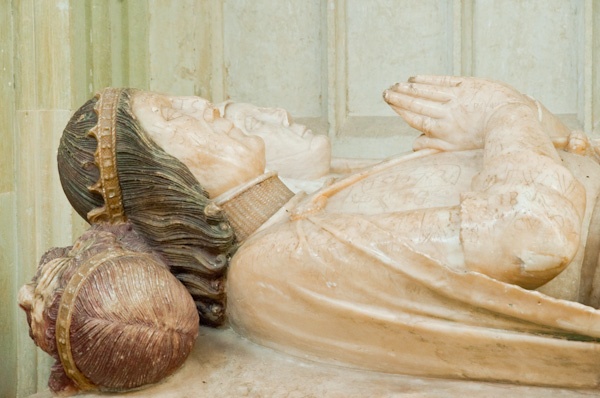 The church nave was completed by Sir Michael de la Pole, who married Sir John's daughter Katherine and inherited the estate. When Henry VIII suppressed the monasteries the college of priests was abolished and its members pensioned off. From that point, St Andrew's served solely as the parish church.

At the west end of the church is a beautifully carved font in East Anglian style, dated 1407. The font bowl is carved with alternating figures of lions and angels holding heraldic shields. The stem is supported by carved figures of lions.

Another medieval survival is the parclose screen that separates the nave from the side chapels. The screen boasts a beautifully carved canopy supported on delicate brackets. The chancel seems almost enclosed on three sides by choir stalls. Look at the base of the stalls and you'll see that they stand on a stone plinth. The plinth is pierced by a series of quatrefoil openings. These openings were thought to make the choir's voices more resonant during services. 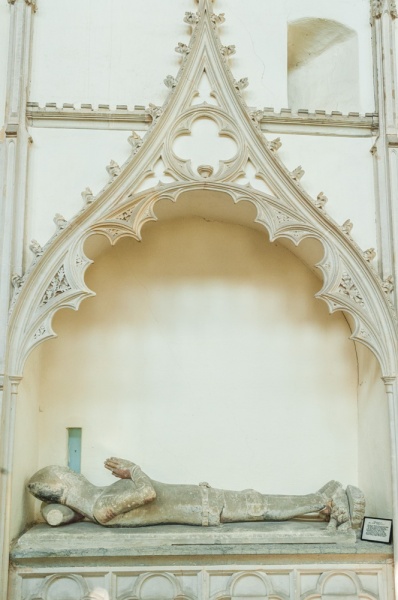 The stall armrests are carved with bearded heads, animals, and peculiar figures resembling serpents, while the seats lift up to reveal wonderfully detailed misericord carvings. There are 15 medieval misericords, most are foliage designs emerging from a central vaulted seat.

One of the most impressive memorials in the church is to Michael de la Pole, Earl of Suffolk, who died of dysentery at the Siege of Harfleur in 1415, while on campaign with Henry V. Sir Michael and his wife Katherine are represented by life-sized effigies. Unusually, both effigies are made of painted wood.

Sir Michael's heir, also named Michael, assumed the Earldom but was himself killed just a few weeks later at the Battle of Agincourt. 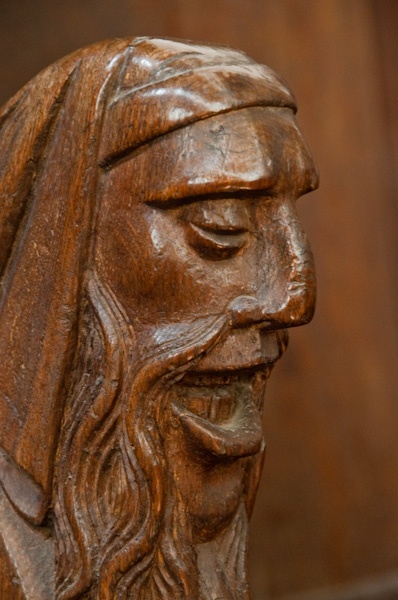 The younger Sir Michael was followed by his younger brother William, then aged just 15. William de la Pole was later made the 1st Duke of Suffolk, and married Alice Chaucer, granddaughter of poet Geoffrey Chaucer. He continued the family pattern of misfortune, for he was exiled by Henry VI and murdered in 1450. Tradition says that he was buried in St Andrew's Church near his father, but in fact, he was buried in Kingston upon Hull at his own wish.

On the north side of the chancel is the tomb of John de la Pole, Duke of Suffolk (d. 1491) and his wife Elizabeth Plantagenet, sister of both Edward IV and Richard III. The alabaster effigies lie on an elaborate tomb chest carved around the base with quatrefoils enclosing shields. Sir John's head rests on a Saracen's head and helmet to which paint still clings.

The Duchess is far less warlike; her head rests on a pillow, supported by angels. Both of the effigies are shown with their feet resting on lions. Above the effigies is a rather striking tilting helmet surmounted by a grinning head. 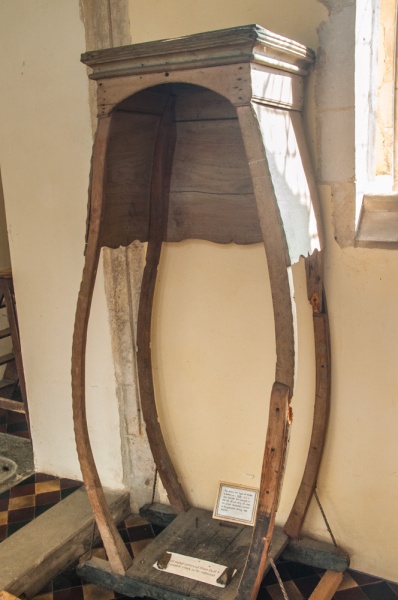 The 'hudd', an 18th-century rain shelter

One of the most peculiar features is a 'hudd', a late 18th-century portable wooden shelter made for a priest conducting a burial service during bad weather. In the days before umbrellas, the hudd could be set up by the graveside and provide at least nominal shelter for the priest.

It is open on four sides, with elongated, curving legs rising to a small wooden top barely large enough to encircle the priest's head. I've visited several thousand churches around the UK and this is the first time I've ever run across a hudd.

Beside the churchyard is Wingfield College, all that remains of the college founded by Sir John Wingfield in 1362. The College was further endowed by the Black Prince, a good friend of Sir John. The College was dissolved by Henry VIII in 1542 and most of the medieval buildings were torn down. What remained was rebuilt in the 18th century in Palladian style. It has since served as an arts and performance venue.

The church is usually open daylight hours to visitors and was open when we arrived. There is parking along the road or at the De la Pole Arms pub across the road. Wingfield is one of these places that just has an air of history, a place where the past lingers. We thoroughly enjoyed visiting the church and highly recommend it. 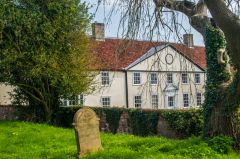 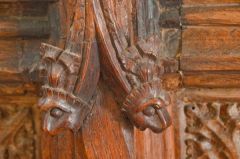 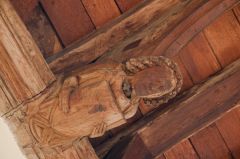 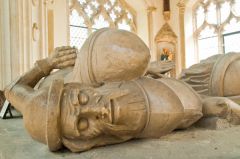