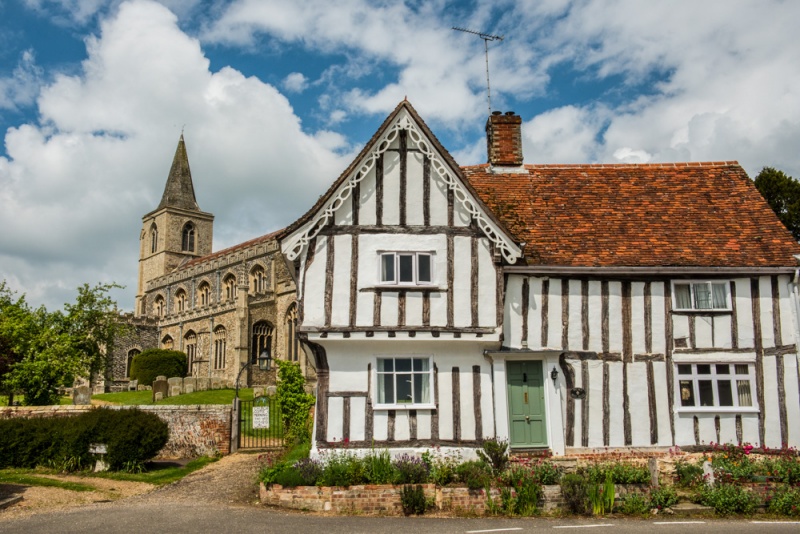 The pretty Suffolk village of Rattlesden lies in a hilly (for Suffolk) region between Stowmarket and Bury St Edmunds. Through the village runs the River Rat, a delightfully named tributary of the Gipping.

A pair of whalebones form an arch over the Rat. Unfortunately, the whalebones are replicas of the 9th-century originals. The village sign incorporates the iconic whalebone arch, creating a frame for the church of St Nicholas and an anchor, a reminder of Rattlesden's unusual past as a centre of navigation. 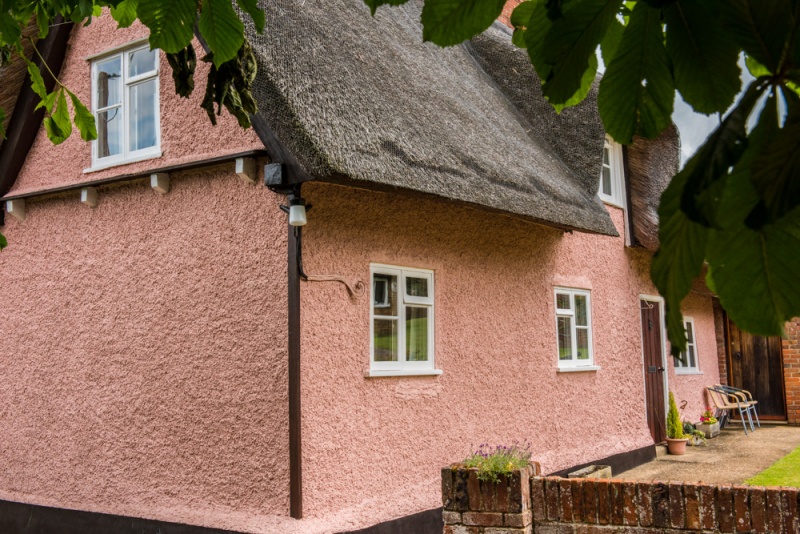 A picturesque cottage on Half Moon Street

For, hard as it may be to imagine it today, Rattleseden has a long history of river trade. Even the name of the village relates to navigation. Rattlesden comes from 'rates' for boat, and 'Doenas' for Danes, suggesting that 9th-century Danish invaders made an encampment at Rattlesden after sailing up the Gipping.

During WWII the US 447th Bomb Group were stationed at Rattlesen, and a memorial to fallen American servicemen stands in the church. 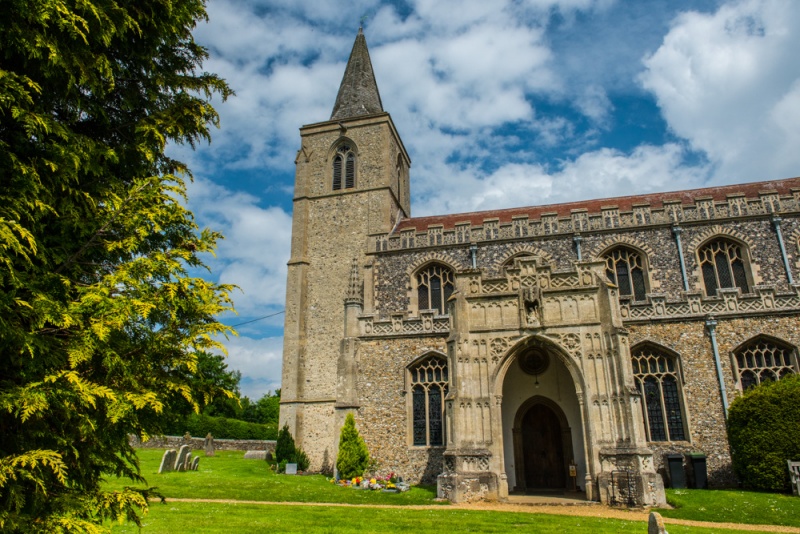 St Nicholas dates to the 13th century and boasts a restored 15th-century angel roof, decorated with 60 figures of angels with their wings outstretched. The angels were carved in the Victorian period and based on a single surviving 15th-century angel. The 14th-century octagonal font is superbly carved, and the church has a very good set of 15th-century benches with carved poppyhead ends.

The church is just one of 60 listed buildings in the village. Among the historic buildings are several picturesque timber-framed and thatched houses, including St Margaret's Priory, a 15th-century timber-framed house on Louse Lane.

There are two village pubs; one is the Brewer's Arms on Lower Street, which has an 18th-century facade over a 16th-century core. On High Street is Rattlesden Hall, a former manor house and farmhouse dating to the 17th century, but perhaps the most picturesque house is Church Cottage, a mid-15th century timber-framed hall house with a jettied first floor projecting out over the ground floor. 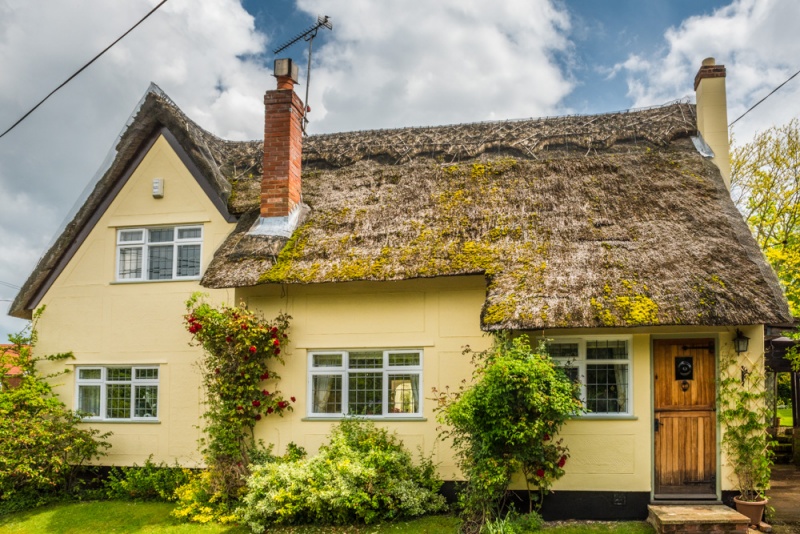 A thatched cottage on Half Moon Street

The house faces the road and backs onto the churchyard, and the combination of the historic house and the church is one of the most idyllic sights in Suffolk.

I came to Rattlesden to visit the church and found myself wandering around the village photographing the wealth of picturesque houses. A few miles to the north is Haughley Park, a stately home set in historic gardens that are open regularly to the public.

More self catering near Rattlesden, Suffolk