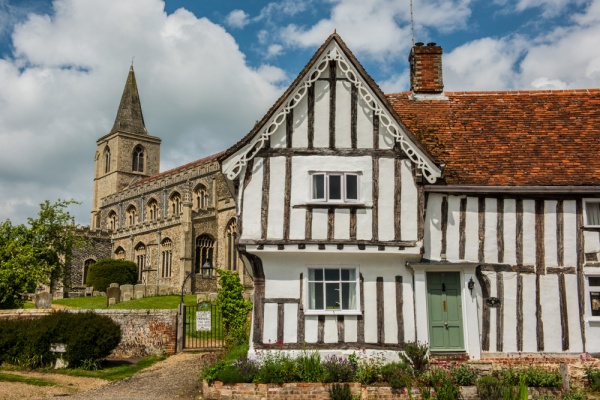 The Domesday Book of 1086 mentions a church in Rattlesden, belonging to Ely Abbey (now Ely Cathedral). No trace of that early Norman building survives, and the church we see today dates to the 13th century. The setting is idyllic, with the church standing on a hill above a picturesque timber-framed cottage.

The earliest feature of the church is a 13th-century doorway, while the aisles and striking west tower date to the 14th century. The entire church was rebuilt in the 15th century when the roof was raised and large clerestory windows in Perpendicular style inserted.

The 14th-century tower is topped by a rather peculiar 19th-century spire shaped like an archetypal witch's hat. The spire tends to fall under the category of 'it seemed like a good idea at the time'. 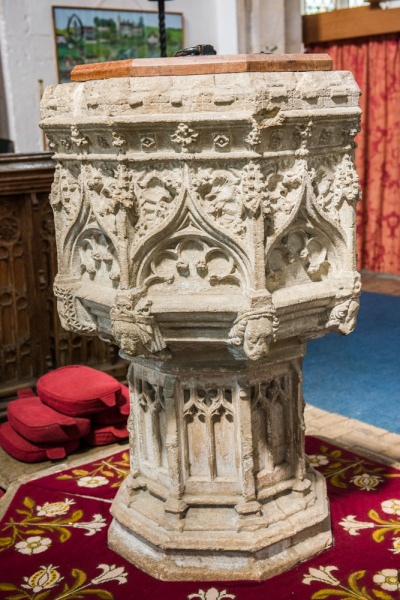 If the spire is unconvincing Victorian zeal, the interior of St Nicholas' church is one of the finest examples of sympathetic Victorian restoration, true to the spirit of the medieval original. Though most of the furnishings are 19th century, it more closely resembles an authentic 15th-century church than any other in Suffolk.

The highlight of St Nicholas church is the wonderful 15th-century angel roof. The iconoclasts destroyed the medieval angels, but in the 1880s a series of 60 new angels were carved to replace them. The quality of craftsmanship is superb, and you get a sense of how impressive the original roof would have looked. The angel figures are based on one 15th-century angel which somehow survived the destructive impulses of the Puritans.

In the early 20th century the roof was complemented by a rood screen and Lady Chapel screen. Again, the quality of the woodwork is exceptional, and you get a sense of how most medieval churches would have looked, with a complete set of screen, rood, and rood loft. The rood screen incorporates pieces of original 15th-century woodwork. 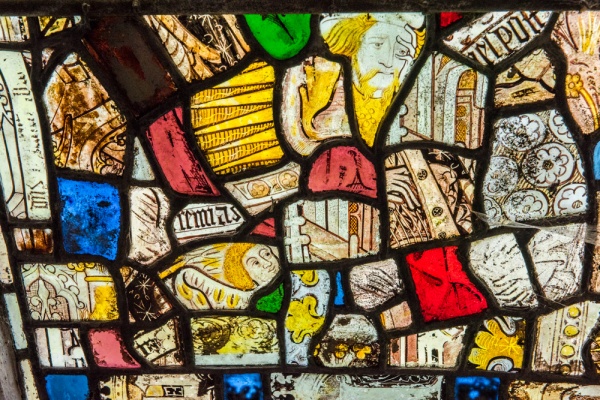 Behind the altar is a finely carved stone reredos depicting the Last Supper. Set into the south chancel wall is a three-seat sedilia, or clergy seat, and opposite on the north wall is a medieval aumbry. In the chancel floor are a dozen 17th and 18th-century grave slabs, including the slab of James (d. 1587) and Dorothy (d. 1617) Ryvett of Clopton Hall, under the altar.

One feature that is very much original medieval workmanship is a set of 15th-century benches with magnificently carved poppyhead ends. Among the beautiful carvings are six grotesque faces with their tongues sticking out.

The octagonal font dates to the mid-14th century. The font bowl is decorated with ogee arches rising above grotesque corbel heads. The pulpit is Jacobean, as are the altar rails. In the nave floor is a 15th-century slab with an indent of a brass depicting three figures, though there is no indication of who the slab commemorated.

One medieval native of Rattlesden was Thomas Rattlesden, a cleric who rose to become Abbot of the powerful St Edmundsbury Abbey from 1479–1497. Abbot Thomas welcomed Henry VII to the abbey on a state visit in 1486, and the event is commemorated in a modern stained glass window depicting the scene.

In the church is an American Chapel, commemorating American service personnel stationed at Rattlesden during WWII. On the wall is a plaque to members of the 447th Bomb Group, based at Rattlesden from November 1943 to May 1945.

The servicemen are not the only American connection, for in 1634 the Kimball family of Rattlesden sailed to New England to settle. The head of the family was Richard Kimball, a wheelwright by trade, who died in Ipswich, Massachusetts, in 1675.

St Nicholas is usually open daylight hours to visitors, and it was open when we visited. 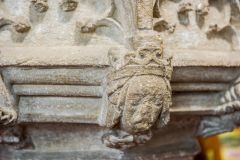 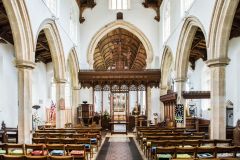 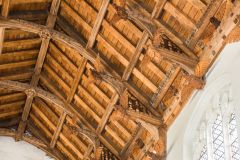 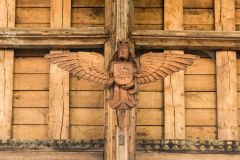 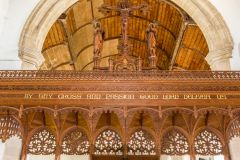 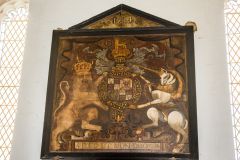 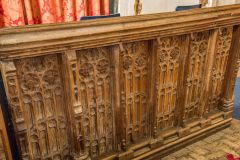