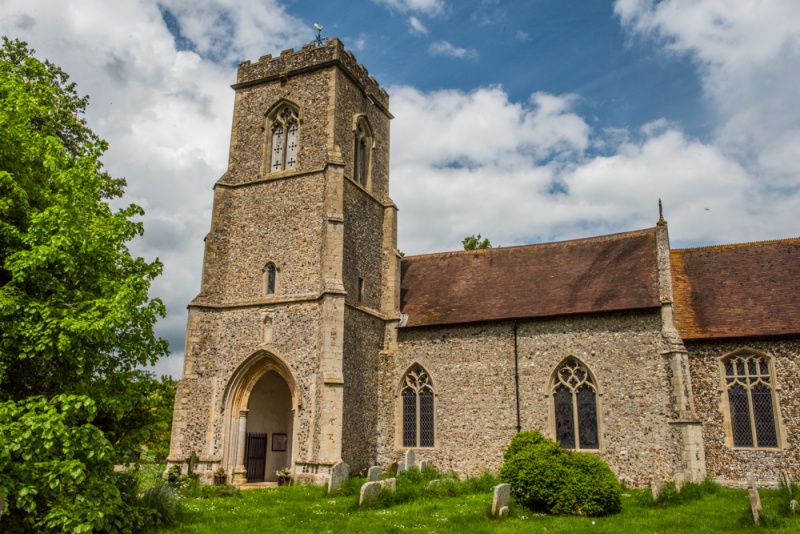 The earliest written record of Brettenham comes from the Domesday Book of 1086, when a church is mentioned, but the first record of a priest does not come until 1155. The present church dates to the 14th century.

One unusual feature is that the tower is built on the south side of the nave, not at the west end, and the main entrance is through the base of the tower. St Mary's is one of just 14 churches in Suffolk to adopt this arrangement (see All Saints in Stanton for another example of this style).

The oldest parts of the church are the nave and tower, while the cancel was added around 1420. In the chancel is a beautifully crafted 15th-century sedilia, or clergy seat, and fragments of medieval glass are in the north window, behind the organ. Also in the chancel is the oldest memorial in the church, a brass to Thomas Wenyeve, or Weniffe, dated to 1611. The epitaph tells us that he:

"was a gentle and modest young man, who leaving this life left also this verse touching the vanity thereof ... 'Vita Quid Est Labor Est et Habendi Vana Cupid Tristis ad Extremum Solici Tido Diem' ... Short was his life yet liveth he ever. Death hath his duty yet dieth he never". 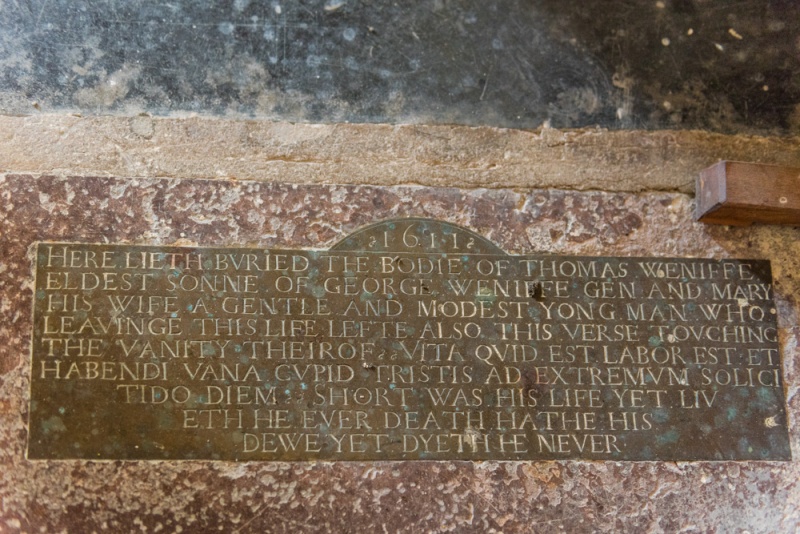 Beside the sedilia is a piscina of the same date, carved with the arms of the Earls of Buckingham and Stafford. The communion rails are 17th century, and are supported on barley-twist balusters.

On the east wall are a pair of Victorian murals. One depicts the Three Wise Men, and the other shows Christ on the road to Emmaus. The murals were designed by Henrietta Beale, daughter of Thomas Beale of Brettenham Park, and were given to the church in 1881.

Set into the chancel floor are some excellent ledger slabs to members of the Wenyeve family. The Wenyeves lived in Brettenham from the 15th century and were lords of the manor from 1630 until the 19th century. The best of the Wenyeve memorials is a marble tablet to Edward Wenyeve, who died in 1658. Set into the floor is a black ledger slab to Elizabeth Camborne, who died at the age of just 29 in 1692. 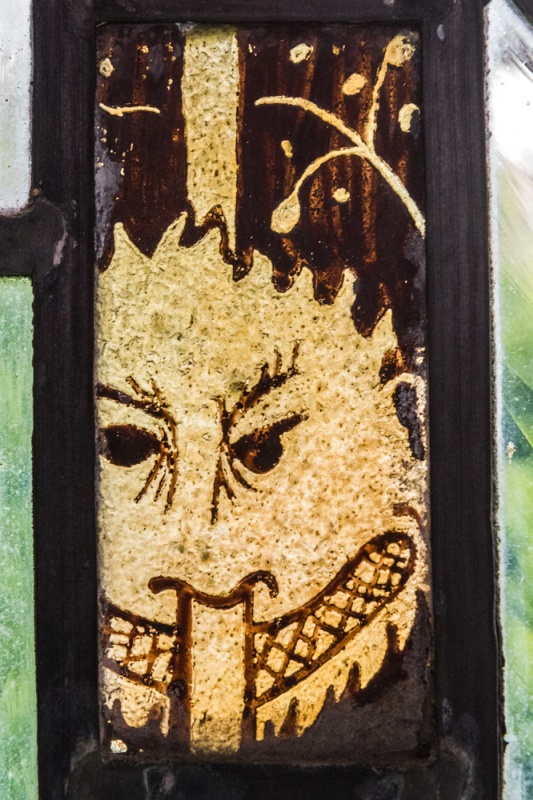 The oldest historic feature in the church is the 14th-century font. The bowl was once beautifully carved, but unfortunately, the carvings have become damaged over the centuries. Atop the font bowl is a painted 17th-century cover.

Several charity boards hang at the west end of the nave, noting gifts to the church over the centuries. You will see that every mention of the name 'Brettenham' has been painted out. This occurred during WWII, when the Government did not want to give any clue of locations to invaders in case Britain was overrun. In this case, the ploy wouldn't have worked, because one mention of Brettenham was missed!

On the wall is a touching memorial to Lieutenant Cornwallis Warner of the Oxford and Bucks Light Infantry, who died in action at Fesubert in 1915.

The church possesses a 'Vinegar Bible' printed in 1717, but this is usually kept safely locked away and is not on view.

Once you've explored the church interior take a moment to walk around the outside of the church to the east window. Below the window are a series of coats of arms to the Stafford and Sampson families.

St Mary's is a lovely historic church, full of interest, in a peaceful village setting. We found the church open when we visited. 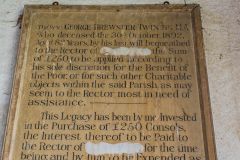 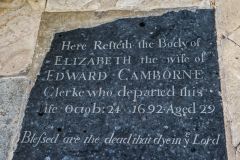