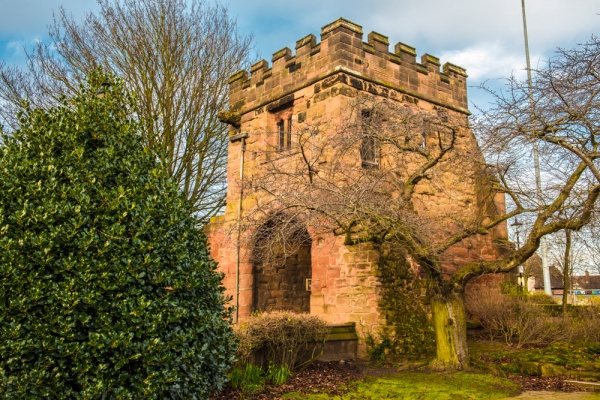 In 1329 Edward III gave permission to the 'goodmen' of Coventry and the Prior of St Mary's to build a town wall around Coventry. Until that point, Coventry had been defended by ditches, with moveable barred gates controlling access along major transport routes.

In 1355 or 1356 construction began on a defensive stone wall to encircle the city. The first stone was laid in 1356 by the Mayor of Coventry, Richard Stoke. Construction of the city walls took over 40 years and finished around 1400. The course of the wall was amended several times and extended, so that it cannot truly be said to have been finished until around 1534.

The walls stretched over 2 miles and were composed of two outer skins of red sandstone infilled with rubble. When complete the walls stood 12 feet high and were 8 feet thick, creating an impressive defensive barrier. 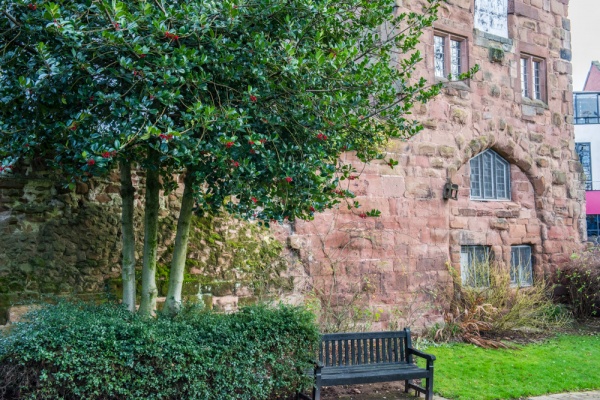 Such a large construction project required special funding. The city received permission from the crown for 'murage', a special tax on certain types of goods entering the city. Richard II also granted permission for stone to be quarried free of charge from sites on his royal estate of Cheylesmore Manor, on condition that the manor house be encircled by the new wall.

Building the walls was one thing, but keeping them maintained was another. The city council found a clever solution. They leased watchtowers to private citizens as dwelling houses, on condition that they maintain a stretch of wall. 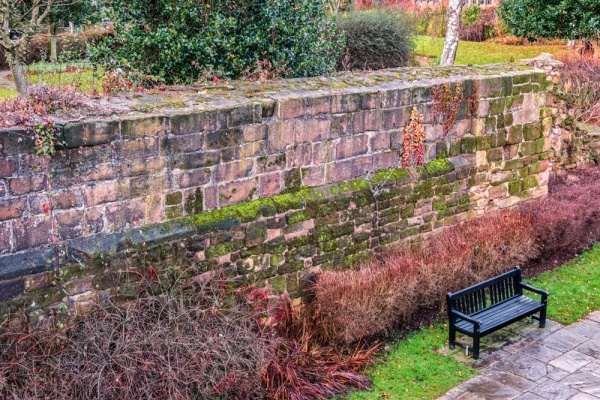 But a wall is no use with watchmen. Again, the city council found a clever solution. They divided the city into ten wards, and each ward was required to provide a number of watchmen in turn. With the well-maintained walls, gates, towers, and guardsmen, Coventry was considered the best-defended English city outside London.

That sounds very impressive until you realise that Coventry had no real need for city walls or defences. The city faced no real military threat, so the decision to build the walls must be seen as a statement of Coventry's status; a medieval PR gesture to establish Coventry as a leading centre for trade. And it worked; Coventry's status as a well-defended walled city boosted its desirability as a trading partner, and the city merchant's flourished throughout the medieval period and beyond.

The city walls were maintained into the 17th century and were repaired when the Civil War broke out. The city supported Parliament during the war, so when Charles II was restored to the throne in 1660 he ordered the walls torn down. The walls no longer served a real military purpose, but Charles was not above a vindictive gesture towards those who had supported his father's enemies during the Civil War. The walls were demolished in 1662 by a team of 500 men headed by the Earl of Northampton. 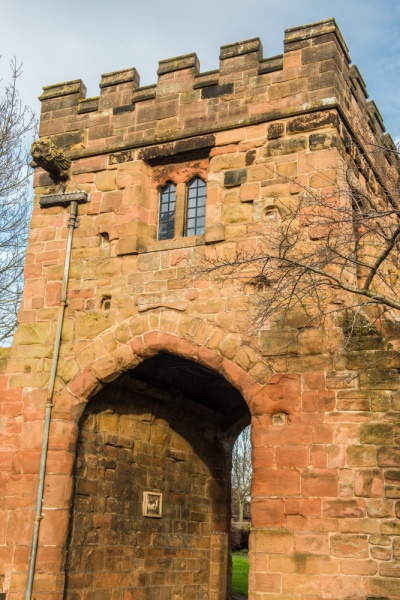 Another look at Cook Street Gate

Coventry was not unique in this respect; Charles also ordered the defended towns of Northampton and Gloucester to destroy their walls.

Only a few small sections remain. The best-preserved section of the wall is within the grounds of Lady Herbert's Park, a lovely public green space north of the cathedral, beside the Transport Museum. Two of the medieval gates remain, one at each end of the park.

At the south end of the park stands Swanswell Gate, sometimes known as Priory Gate. Swanswell Gate was completed around 1440. Swanswell was never one of the largest or most impressive gateways, but it does have several interesting features including a large gargoyle extending out from the bricked area at the top of the gate. The chamber over the gate was used as a dwelling and later as a shop.

A long section of surviving city wall extends north from the gateway into the park. You can get a very good look at the course of the wall from the overhead pedestrian walkway that arches across the park from the forecourt to the Transport Museum.

At the northern end of Lady Herbert's Garden stands Cook Street Gate, one of the earliest city gates, finished around 1385. As you walk through the archway look up to see a carved elephant and castle, the traditional symbol of Coventry. 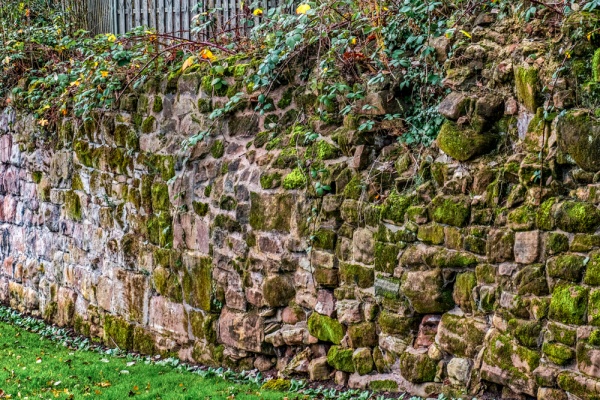 Another section of the city walls in Lady Herbert's Garden

The Granary at Fawsley - 19.3 miles
Daventry, Northamptonshire
Stay from: £50.00