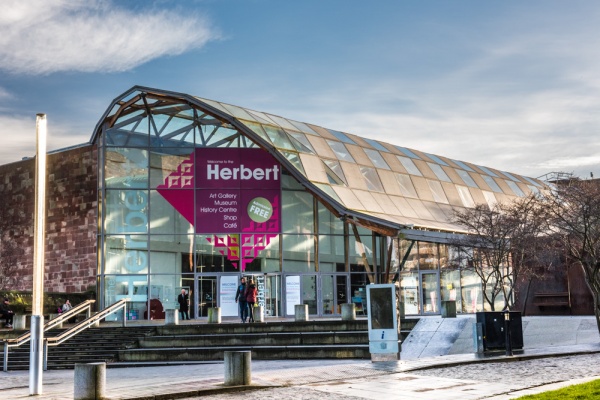 The Herbert Art Gallery & Museum (generally known simply as 'The Herbert') is Coventry's major museum and art gallery, focussed on heritage, science, and the creative arts. The museum is named for Sir Alfred Herbert, a wealthy industrialist and philanthropist whose generosity enabled the museum to be built. It was very much a family affair, for the building's designer was Albert Herbert, a cousin of Sir Alfred.

Building on the museum site, located across from Coventry Cathedral, began in 1939 but was interrupted by the outbreak of WWII and delayed further by the devastating bombing raids that destroyed much of central Coventry in 1940. The museum finally opened to the public in 1960.

One of the museum highlights is a 17th-century painting by Luca Giordano, an Italian painter and print-maker. When the museum had to be refurbished in 2005 the painting was considered too fragile to be moved into storage. Instead, a special case was placed over the painting and the new museum built around it. After three years of refurbishment, the case was removed for the new museum re-opening in early 2008. 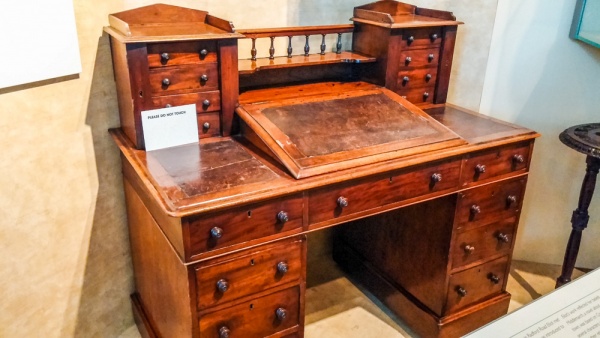 The museum is divided into permanent exhibits on themes of Visual Arts, Social and Industrial History, Archaeology, and Natural History. There is also a large exhibit on local history.

The archaeology area holds objects dating as far back as the Mesolithic period.

There is a large collection of Roman finds, most brought here from Lunt Roman Fort, 3 miles south of the city centre. Near the Roman Fort stands Baginton, where a Saxon cemetery yielded some 150 Anglo-Saxon objects, including brooches, wrist clasps and pottery vessels dating to AD 600. Here you can also see wall tiles from the Saxon church that preceded St Mary's Priory.

Other items that caught our eyes include a collection of medieval pilgrim's badges discovered on the site of Pilgrim's Rest on Palmer Lane. There is a choir stall originally installed at Whitefriars Friary, then moved to St John's Hospital after the priory was suppressed. You can see where bored schoolboys carved grooves in the wooden seats to play marbles. This is the first known example of a marbles game in Britain. 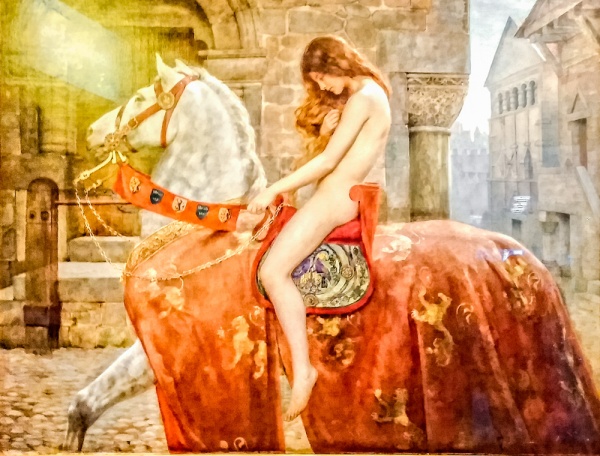 The 'Discover Godiva' gallery displays objects from the late Saxon period when Godiva (Godgifu) lived. The gallery looks at the legend of Godiva, and the real person behind the story, which has been embellished over the centuries so much that it can be a challenge to discover the real person behind the stories. Included in the Godiva gallery are some of the most famous paintings of her legendary naked ride through the streets of Coventry, including the iconic painting by John Collier.

In the natural history area are over 180,000 specimens of shells, butterflies and insects, birds and mammals, and rocks and minerals. One fascinating exhibit looks at the history of the illegal trade in endangered species.

To our eyes, one of the best areas of the museum is the Social and Industrial History collection. The scope of the collection is impressive; following the development of Coventry as a centre for silk ribbon weaving to watchmaking. Included here is a wonderful display of 'Stevengraphs', or woven silk pictures.

See toys and games from 1800 to the present, and a display on author George Elliot (Mary Ann Evans), a native of the area whose most famous novel, Middlemarch, is based on Coventry. See Elliot's writing desk and personal belongings. One unexpected item is a large grand piano given to Elliot by her lover, George Lewes. 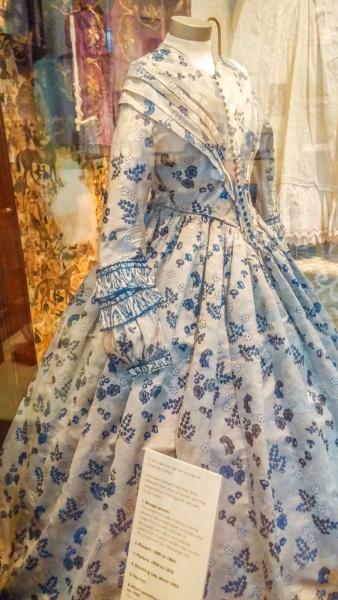 1860s dress in the fashion exhibition

Among the most popular collections is an exhibition of fashion from 1800 to the present day, with a focus on 19th century women's costume. One unexpected 'fashion' item is a WWII gas mask for babies.

The local history exhibits include displays on Coventry's history as a centre for ribbon manufacture, including machinery, ribbon samples, dyer's samples, and a document collection. One fascinating object we noticed was a 1940s iron lung, a contraption made to help sufferers from polio to breathe.

One of the more recent exhibits is centred on the themes of peace and reconciliation, in keeping with the focus on these elements in the reconstruction of Coventry Cathedral after the WWII bombings.

In addition to the public displays, The Herbert houses the Coventry History Centre, with documentary archives on local history. There are also four spaces for temporary exhibits, such as touring collections from other major museums, such as the Natural History Museum and the Victoria & Albert Museum in London. 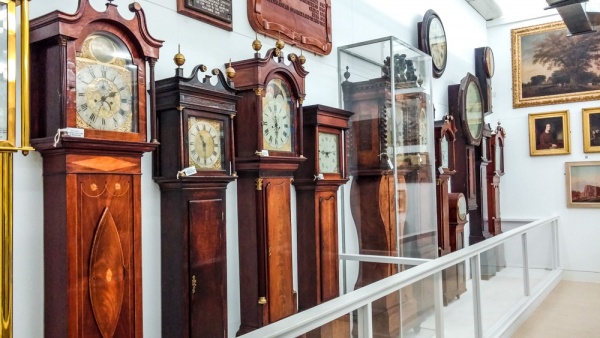 The Herbert Museum operates several other 'satellite' sites around the city, including Lunt Roman Fort in Baginton, a reconstruction of a Roman army fort built around AD 60. The museum also operated the Priory Visitor Centre (St Mary's Priory) before budget cuts forced a temporary closure of the centre. The museum also looks after Whitefriars Priory, just outside the inner ring road.

Probably the most popular off-site attraction, however, is the Coventry Transport Museum on Hales Street, one of the largest collections of British-manufactured transport in the UK. Coventry was once the main centre for British automobile manufacture, and the museum is home to some 240 cars and commercial vehicles as well as 100 motorcycles and 200 bicycles.

The museum is free to enter and is one of the most popular free attractions in the West Midlands.

NB
I've just read that due to budget cuts the charity that operates the museum, Culture Coventry, is faced with the possibility of closure, or charging for admission in future. We'll keep an eye on developments and update our information if this happens.

More self catering near Herbert Museum