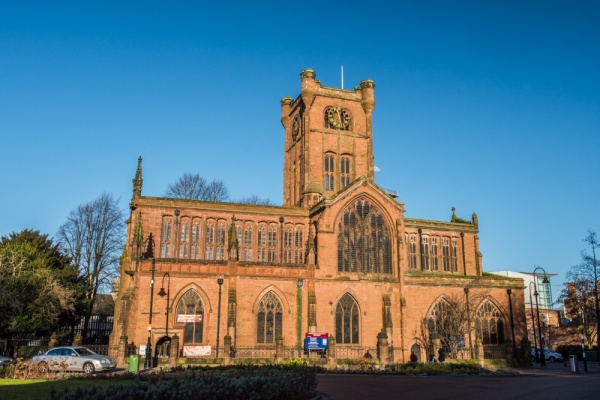 In 1330 Queen Isabella, wife of Edward II, was exiled from public life by her son, Edward III. Isabella settled at Cheylesmore Manor in Coventry and began to involve herself in local affairs.

In 1344 Isabella gave land to the Guild of St John to erect a chapel. The chapel was to be used for the guild's services and as a chantry, with a pair of priest's whose job it was to say daily Mass for the royal family. Edward, the Black Prince, Isabella's grandson, continued the royal patronage of St John's, and the church was enlarged as Coventry flourished in the late medieval period.

Like all chantries, the college of priests was abolished during the reign of Edward VI, and the priests were given pensions. 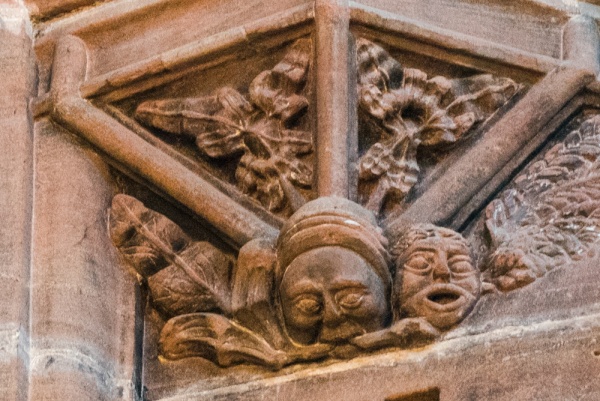 Medieval carving of a Green Man

By 1590 the church had stopped being used for worship, and over the next 140 years, it was used for a variety of purposes, including a stable, a market hall, and a cloth dyers workshop. Most famously, it was used as a prison during the Civil War, when Scottish Royalist soldiers captured after the Battle of Preston in 1648 were incarcerated here.

Coventry was a Parliamentarian town, and the inhabitants shunned the Royalist Scots. This shunning of the prisoners is one theory for the origins of the phrase 'sent to Coventry', used a synonym for being ignored or given a 'cold shoulder' treatment.

In 1734 it was once more made a place of worship. The church was restored in 1875 by Sir George Gilbert Scott, who added the striking battlemented parapets and exterior buttresses, a pulpit and reredos in medieval style. Scott designed the lectern and the ornate lanterns on either side of the crossing arch.

The most famous historical feature of the church is one that most visitors will be unable to see, and that's a relic of St Valentine of Rome, the 3rd-century Roman Christian whose feast day of February 14 is celebrated today as Valentine's Day. 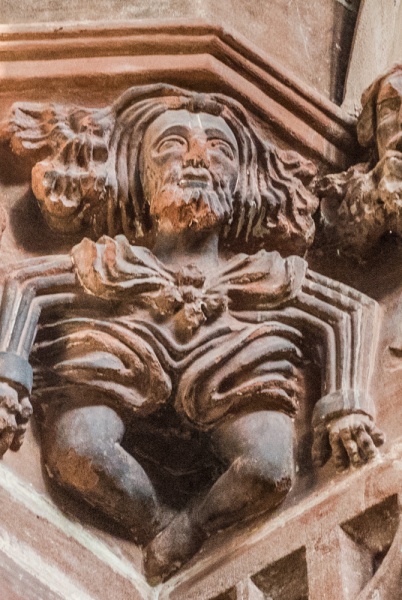 Almost all the church furnishings are Victorian or early 20th century, though most are in the medieval style, heavily influence by the Anglo-Catholic Oxford Movement. One feature that is actually medieval is a piece of alabaster carving set on a north aisle pillar. The carving shows the Three Wise Men and was carved at Nottingham in the first half of the 15th century. It originally formed part of a screen, or reredos.

The most photographed feature in St John's is not the superb Victorian furnishings, stained glass, or the soaring medieval arcades, but a simple brass plaque on the west wall that marks the high water mark of floods in December 1900. In a roundabout way the severe flood damage caused to the church was the fault of St Giles Gilbert Scott.

When Scott was engaged in restoring the church in the 1870s the parish council wanted him to raise the church four feet to avoid possible flood damage, Scott advised the to save their money, for in his view the chances of flooding were minute. Sadly, though Scott was a brilliant architect, his powers of prognostication were faulty, and the church was inundated, requiring a new organ and hundreds of pounds of repair work to the structure of the building. 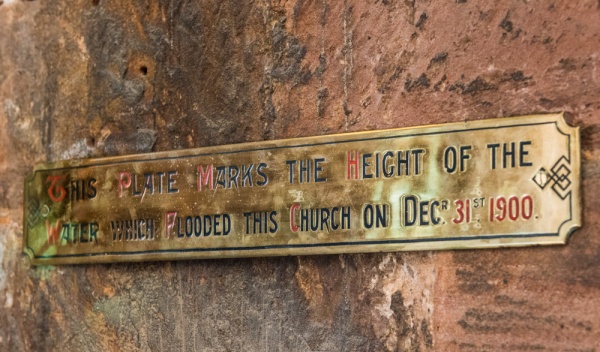 One feature not affected by the flooding are the profusion of 14th-century carved figures decorating the nave and aisle pillars and arcade arches. Some are grotesque, grinning beasts, others are human figures. Most can easily be seen with the naked eye, but a good pair of binoculars would be a useful aid.

Behind the church are what is left of the burial ground, reached by a short flight of steps. From the burial ground, you get very good views into the inner court of the Old Bablake School and Bond's Hospital, a timber-framed set of 14th-century buildings that originally served as quarters for the college of priests who served St John's church. In 1560 the priest's quarters were remodelled as a boy's school. The school lasted until 1890 when it was moved to a new location on Coundon Road. The restored buildings now serve as almshouses for the elderly.

St John the Baptist has limited opening hours, so it is a good idea to check the official church website before planning a trip. West from St John the Baptist runs Spon Street, boasting the best surviving set of medieval buildings in Coventry. 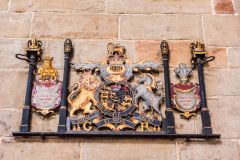 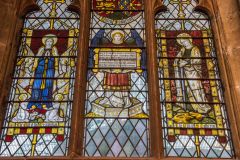 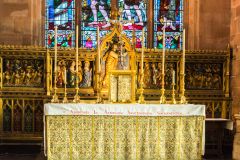 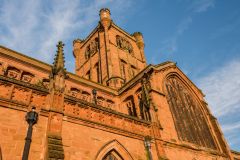 More self catering near Coventry, St John the Baptist Church