HERITAGE HIGHLIGHTS:   A wealth of medieval and Tudor properties in one place 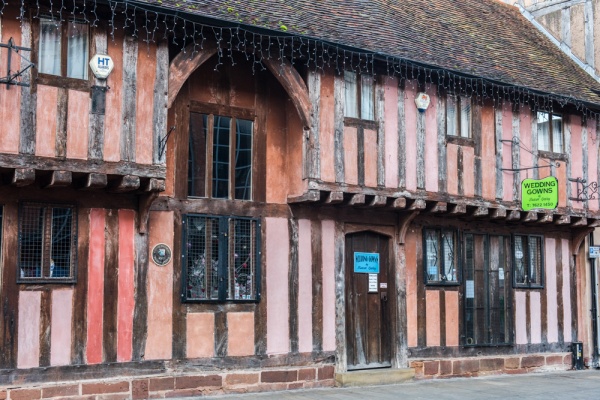 One 'must-see' destination for visitors to Coventry is Spon Street, called 'Medieval Spon Street' on pedestrian signs. The street once formed part of a major route between Birmingham and Gosford. In the 1960s the street was severed when the city's inner ring road was built to relieve traffic congestion in the city centre.

Beyond the ring road is Spon End, where you will find Weaver's House Museum, an attractive timber-framed merchant's house restored as a heritage museum.

Spon Street was settled by weavers and dyers as early as the 12th century. Dyers had to operate away from the city centre because of the dreadful smells of the cloth dying process, and they needed access to a good water supply. The River Sherbourne, now hidden through much of the city centre, provided that water supply. The dyers gained a reputation for good quality cloth with colours that would not run or fade, giving rise to the saying, 'as true as Coventry blue', or 'true blue'.

In the 14th century, the city was encircled by walls, and one of the dozen city gates through the walls was erected on Spon Street. Outside the gate, a settlement grew up called Sponnet, or Spon, giving its name to the gate and eventually, to the street itself.

Spon Gate and the city walls were torn down in the 18th century (though two gates and a section of wall remains in Lady Herbert's Garden, north of the cathedral). 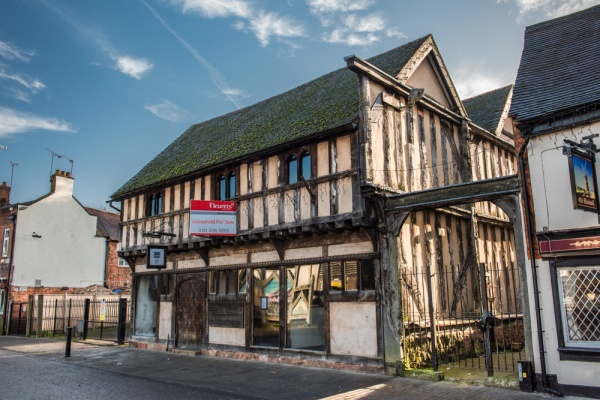 Within the ring road, Spon Street gives a wonderful picture of what the historic core of Coventry looked like before the devastating bombing raids of 1940 and 1941 destroyed most of the city centre. The short, straight street runs roughly east-west from St John the Baptist church to Ringway, the busy inner ring road.

Most of the buildings that line Spon Street are timber-framed, Tudor structures. What isn't immediately apparent is that many of the picturesque buildings did not originally stand on Spon Street, but rather, they were re-erected here after the WWII bombing raids. There are presently twelve restored buildings that were 'native' to the street, and another 10 that have been relocated here. As a result, Spon Street holds the most important collection of medieval timber-framed buildings in England.

Spon Street stands as a living museum of vernacular architecture, with the buildings given over to speciality shopping, pubs, and eating places. There are 31 listed buildings along the street, including St John's church, as well as 8 'locally listed' buildings designated as being of heritage interest by Coventry City Council. Included are several former 'top shops', with workshops on the first floor, lit by large windows, a shop at ground level, and accommodation in the attic, lit by dormer windows. 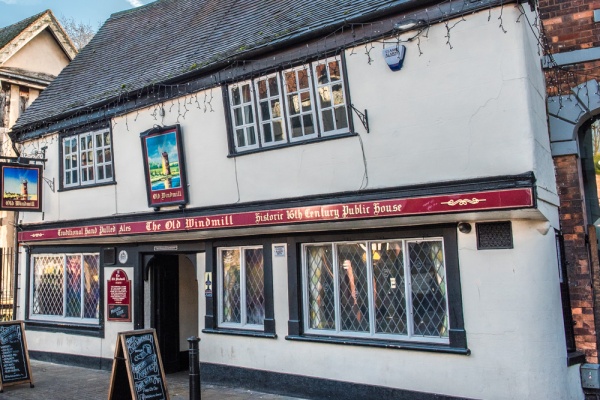 In the aftermath of the bombings, the decision was made to salvage historic buildings where possible, and move them to Spon Street for rebuilding, a process that continued for several decades. So, while Spon Street is not entirely authentic in the narrowest sense of the term, it does show how the historic city centre would have looked before the bombs fell, when Coventry was acknowledged as perhaps the best-preserved medieval city in Britain.

One of the highlights is a 15th-century Wealden hall house at the east end of the street, occupying Nos 1 and 2. This attractive timber-framed building was the last to be rebuilt on Spon Street, and was erected in 1989. Number 9 Spon Street is another 15th-century house, formerly standing on Much Park Street.

Numbers 14 and 15 are original to the street. This beautiful jettied building was once a pub named The Recruiting Sergeant. It is notable for a pair of gables facing onto Spon Street and projecting well out over the ground floor. Another original building is a low 17th-century brick and timber house at number 16. This stood further along the street but had to be moved when the ring road was built in the 1960s. 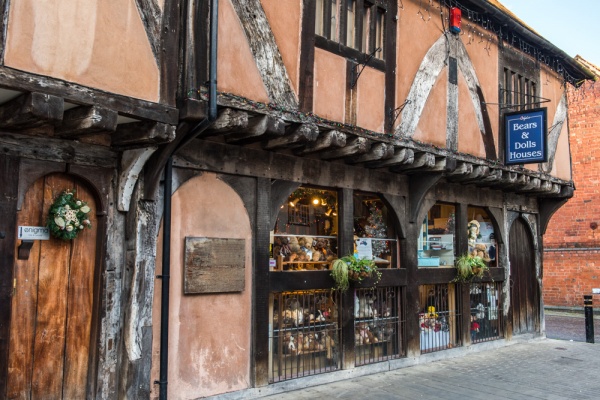 Running at a right angle to the street is a row of terraced brick houses, all that remains of a court of low quality housing for poor families. Some of these buildings now house the Watch Museum, which looks at the history of watch and clock making in Coventry.

At number 20-21 is a timber-framed building, now a cafe bar, that used to be the Green Dragon Inn on Much Park Street. The front range dates to around 1500, while the rear block was built around 1450.

Another highlight is The Old Windmill pub, also built in the 16th century, though its timber frame is hidden beneath a plaster exterior.

One of the prettiest buildings on Spon Street is number 159-162, another Wealden hall house with a jettied front facade. Number 169 is original to Spon Street and dates to the 15th century.

Spon Street is easily reached on foot from the city centre, and is about a 10-15 minute walk from the cathedral area. Just follow pedestrian signposts labelled 'Medieval Spon Street'. 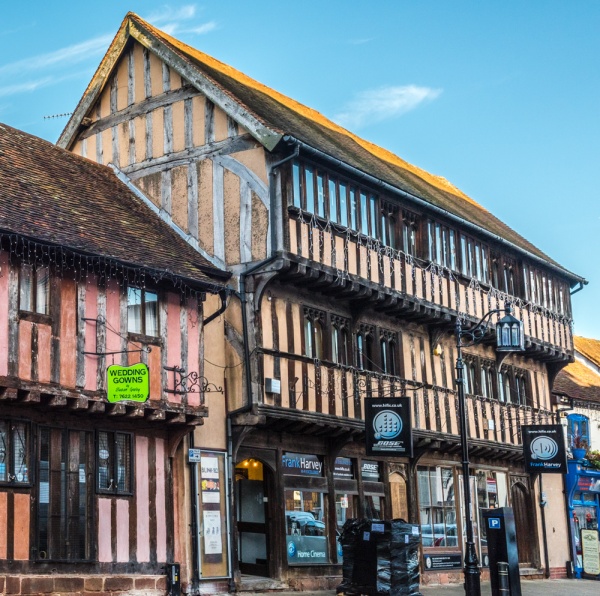