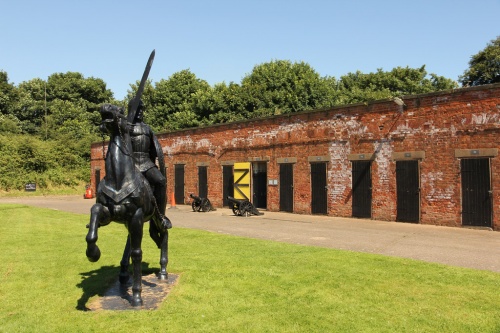 The first fort at Fort Paull was built in 1542 to protect the entrance to the River Humber. The current fort is the fourth to occupy the same site. It was built in 1862 and was in use until 1950.

The fort occupies 10 acres on the north shore of the Humber. Contained within the 10-acre site are a multitude of hands-on exhibits that will give visitors an experience of over 450 years of military history here.

On the site are a fire service museum, a collection of military memorabilia, and historic aircraft including a 1916 tri-plane and the only surviving Blackburn Beverley Transport Aircraft in the world.

An underground network of tunnels connects different parts of the site, including the old accommodation blocks and exhibit areas.

Fort Paull has been sold at auction and the museum closed. It is possible that it could be reopened in the near future, and we will update this page as the situation develops. Until then, please DO NOT make plans to visit!

Image of Fort Paull is (c) Richard Croft, republished with gratitude under a Creative Commons license.

Self Catering near Tadcaster